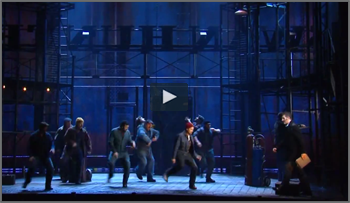 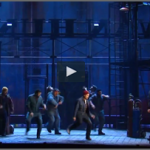 The box office for the new musical THE LAST SHIP will open on Monday, August 25 at 10 a.m. at the Neil Simon Theatre (250 West 52 Street), in conjunction with a special one-time-only 24-hour flash sale from midnight August 25 to midnight August 26. For one day only, seats will be on sale for $39, $59 and $85 in the rear mezzanine, mid-mezzanine or orchestra/front mezzanine, respectively.

Flash sale tickets will be available at the box office from 10 a.m. to 6 p.m. or online throughout the 24-hour period at ticketmaster.com or thelastship.com using the promotional code OPEN.

THE LAST SHIP travels to New York following a pre-Broadway critically acclaimed tryout at The Bank of America Theater.

This is Sting’s debut as a Broadway composer and is set in the English seaside town of Wallsend, a close-knit community where life has always revolved around the local shipyard and the hardworking men construct magnificent vessels with tremendous pride. But Gideon Fletcher dreams of a different future. He sets out to travel the world, leaving his life and his love behind. When Gideon returns home many years later, he finds the shipyard’s future in grave danger and his childhood sweetheart engaged to someone else. This love triangle ignites just as the men and women of Wallsend take their future into their own hands and build a towering representation of the shared dream that defines their existence. And in the end Gideon comes to understand that he had indeed left behind more than he could have ever imagined.

Inspired by the Wallsend community where Sting was born and raised, and people’s homes were often houses that existed in the shadows of the massive vessels in the shipyards, the musical eflects real-life incidents, including a history-making ‘work-in’ at a Scottish shipyard in the 70’s, and a recent project in Poland for which a priest commandeered supplies and financial support so a group of laymen could not only have work, but also reclaim their pride and dignity by assembling a ship meant to sail the world.

THE LAST SHIP on Broadway are currently available for purchase through Ticketmaster at www.ticketmaster.com or by calling 800-745-3000.  www.thelastship.com