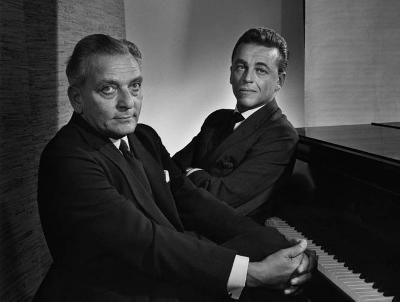 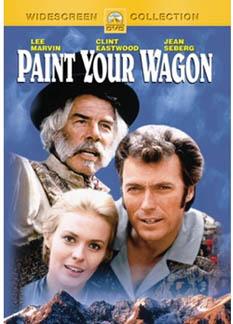 Paint Your Wagon 1959 Adapted from the stage musical by Paddy Chayefsky. Directed by Joshua Logan. In Gold Rush California, prospector Ben Rumson (Lee Marvin) rescues Sylvester Newel (Clint Eastwood), from an accident and makes him his partner. Ben is a melancholy drunk, Sylvester an innocent romantic. They discover gold. A tent city springs up. A Mormon is convinced by the female starved community to sell Elizabeth (Jean Seberg), one of his two wives. Ben wins the bidding.

Elizabeth seems resigned to a lesser of evils, but when Ben leaves town to kidnap “French tarts” from a neighboring settlement, Sylvester and she fall in love. Ben returns. For a while, the three exist in a ménage a trios (only in the film), then a sin-preaching Parson arrives. Tunneling under the town to retrieve gold dust proves disastrous. Elizabeth shuts both men out. One returns. Eastwood wrote that long delays are part of why he became a director. Marvin drank during production. Marvin and Eastwood did their own singing. A stylistic oddity where the collaborators are concerned. Free on Amazon Prime, Rent on Netflix. 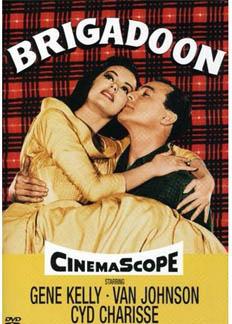 Brigadoon 1954 Based on the Broadway musical. Directed by Vincente Minnelli. Tommy Albright (Gene Kelly) and Jeff Douglas (Van Johnson) are hiking in the Highlands of Scotland when a village appears out of the mist. It’s Jean Campbell’s wedding day. People are celebratory, but extremely wary of strangers. It turns out there’s a protective spell on Brigadoon allowing it to appear only every 100 years, a single day in their time. Life there is, to say the least, old fashioned.

It’s Jean Campbell’s wedding day. Tommy meets her older sister Fiona (Cyd Charisse) and falls in love. Everyone gets genially drunk at the ceremony until the husband’s rival attempts to exit the village which would snuff it out like a candle. The outsiders join in a chase that ends tragically. Jeff can’t wait to get home, but Tommy is drawn. If he stays, he must stay forever. Civilization calls him back, but can’t keep him. He returns to Scotland. Against the rules of its founding, the village reappears to “let him back in.” Not filmed on location due to inclement weather. A gentle romance with some lovely dancing. Rent on Amazon Prime or Netflix 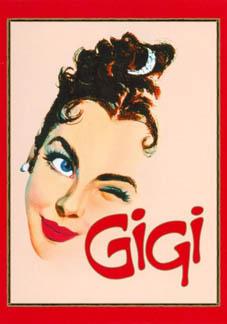 Gigi 1958 Based on the Collette novella. Directed by Vincente Minnelli.Turn of the Century Paris.  Leslie Caron as the perfect Gigi , though she’d lost much of her French accent in London and had to rediscover it. (Audrey Hepburn turned down the role.) Roué, Honoré Lachaille (Maurice Chevalier) and his nephew Gaston (Louis Jourdan) feel differently about their lives of style, privilege and leisure. The older man relishes it, while Gaston is bored by glossy surfaces with nothing beneath. He garners respite with old friend Madame Alvarez (Hermione Gingold- pitch perfect) and her delightfully unguarded niece, Gigi (Caron.)

Under the aegis of her former courtesan aunt, Gigi is being trained to attract a wealthy lover (or several) She barely understands why and what the fuss is about. We see Gaston confront his latest lover’s infidelity (Zsa Zsa Gabor in her prime) in accordance with social mores. On a vacation in Trouville, Gaston suddenly begins to see Gigi differently. She is, after all, the only woman who keeps things fresh for him. (Also Honoré and Madame Alvarez run into each other. It seems they were once lovers.) He invites her on a real date. She looks and acts wonderfully, but the correctness confuses him…until he realizes her value to him. Happy ending. An absolute delight. Rent on Amazon Prime & Netflix 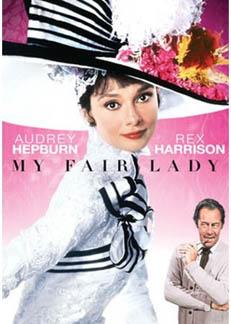 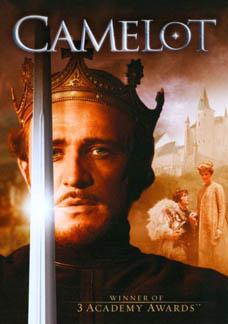 Camelot 1967 Adapted from the Broadway musical. Directed by Joshua Logan. Richard Harris as King Arthur, Vanessa Redgrave as Guenevere (The studio was initially reluctant due to her left-wing activism, but Logan negotiated for her casting), Franco Nero (singing dubbed) as Lancelot. (Redgrave and Nero began a relationship and had a son together) Apparently Richard Burton asked for too much money and Julie Andrews declined. Both had created the roles on stage. There are differences between theater and screen versions, but nothing wrenching.

This is, of course, the story of King Arthur’s idealized Camelot and signs of faultlines. Guenevere and Lancelot fall n in love. Both love the King, who loves them. Arthur is pushed into fighting his friend by interfering Mordred. Guenevere enters an abbey. The lovely ending shows Arthur telling a young boy to run behind battle lines and survive to tell future generations about the legend of Camelot. Reprise the title song. Splendid to look at, if decidedly a Hollywood interpretation. Redgrave and Nero are beautiful. Harris is just the right sweet and savory. Some truly lovely songs. Also with David Hemmings, Lionel Jeffries, and Estelle Winwood. Rent on Amazon Prime or Netflix