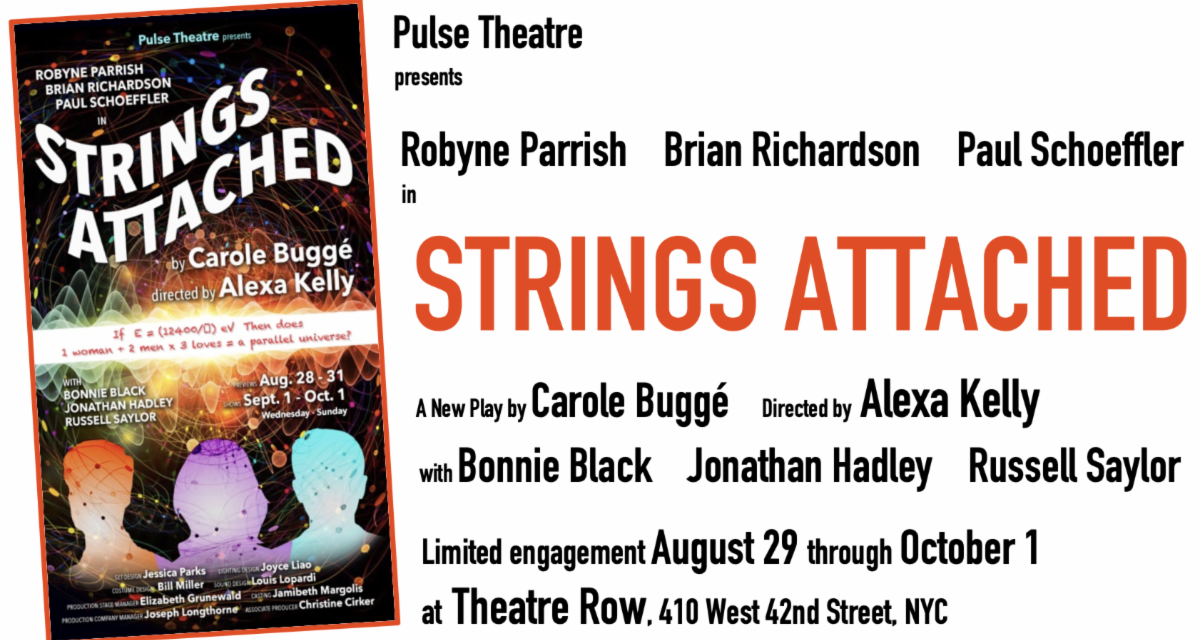 Pulse Theatre presents Strings Attached, an exciting new American play by multi-award winning Poet and playwright Carole Buggé, which merges the world of physics into a love triangle on a train ride. Directed by Alexa Kelly, the limited engagement will play a five-week limited engagement, August 29 through October 1, at Theatre Row (410 West 42nd Street, NYC). Opening night is Thursday, September 8 at 7PM. Tickets are now on sale at TheatreRow.org or by calling the box office, 212-714-2442 ext. 45.

Loosely based on real events, Strings Attached  features three contemporary scientists – two cosmologists and a particle physicist – on a train ride from Cambridge to London to see the play, Copenhagen, by Michael Frayn. Enroute, they discovered a theory of the Big Bang. The appearances of Isaac Newton, Marie Curie and Max Planck bring in another realm of reality, add insight into their contributions, and earthy humor. We are left with the message that life with all its strife, is still a thing of ultimate beauty.