Partway through “Summer,” the new biomusical about the late disco queen Donna Summer at the Lunt-Fontanne Theatre, there’s a scene where the singer is given bad news and good news in that order. But I am going to do the reverse.

First, “Summer” admittedly provides a strong showcase for the three fabulous females who share the title role: the superb LaChanze is a force of nature, funny, commanding, relatable and blessed with a voice that can almost literally reach to the skies; Ariana deBose is sass and sensuality incarnate, a consummate singer and dancer who lights up the stage whenever she appears; and Broadway newcomer Storm Lever is a petite powerhouse who is sure to have a bright future.

And (perhaps this goes without saying) if you have fond memories of the decade when Summer’s tunes – such as “Hot Stuff,” “Bad Girls,” “She Works Hard for the Money,” and “MacArthur Park,” to name a few – dominated the charts, you will enjoy the opportunity to hear these songs all again.

Otherwise, quite sadly, “Summer” is the musical of our discontent: a sloppily assembled 100-minute tuner with the depth of a Wikipedia entry, a shaky structure, and a rather shocking lack of imagination. All of this is even more surprising given that Des McAnuff, the show’s director and co-author (with Colman Domingo and Robert Cary) helmed the greatest of all biomusicals, “Jersey Boys,” yet seems to have forgotten all he ever learned about how to put a good one together. Even his top-notch collaborators, including scenic designer Robert Brill and costumer designer Paul Tazewell, appear to be doing paint-by-numbers work. Yes, everything onstage accurately evokes the 1970s, from glittery suits to disco balls, but it’s all executed without much panache. And Sergio Trujillo’s period-inspired choreography (executed primarily by an all-female ensemble, some dressed in male drag) is surprisingly elementary.

Yes, there are three men onstage: Jared Zirilli as Summer’s second husband, musician Bruce Sudano; Ken Robison as her strict but loving father Andrew; and Aaron Krohn as ruthless record producer Neil Bogart, but none are given much to do nor make a large impresson.

Still, the most objectionable elements of the show are twofold. The show’s book is an odd bit of revisionist history: its preachy determination to paint Summer as the Gloria Steinem of singers is way too exaggerated (Yes, she did juggle many roles, believed in women’s empowerment and sued her record label, but she hardly led protests through the streets.)  And the way the show too-lightly addresses her mid-concert comment about “God made Adam and Eve, not Adam and Steve” – which alienated many of her LGBT fans – as being nothing more than an ill-timed joke (true or not) is simply jarring. But my biggest objection to “Summer” is encouraging the audience, within its first few minutes, to sing along and dance whenever they feel like it. I’ve grown accustomed to the jukebox musical finale where this practice is now obligatory (and even sometimes enjoy it). But, as happened to me, to have a bunch of drunk, off-key women attempt to overpower the on-stage cast, physically accost my husband (in an effort to get him to dance), and ruin whatever pleasure I was deriving from “Summer” is deplorable. Indeed, I urge the producers (who may have adopted an “if you can’t beat them, join them” philosophy) to stop this practice immediately.

For even when it’s not great, as is very true of “Summer,” art isn’t easy – and no one should let audiences make it harder! 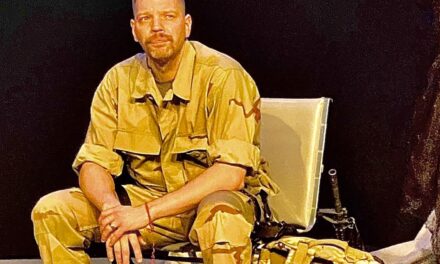