The island of La Grande Jatte is alive and pulsating with the complexity of Stephen Sondheim (music and lyrics) and James Lapine’s (book) revival (the last revival 2008) of Sunday in the Park with George, a mystical, magical production at the new Hudson Theatre. The fictionalized story of painter George Seurat and his single minded, burning soul fulfilling need to make art – a blank canvas, the order, balance, harmony, light so many possibilities – is in good hands starring Jake Gyllenhaal as George and his muse/model/lover Annaleigh Ashford as Dot. The surprise is Gyllenhaal’s impressive musical debut on Broadway and the lovely timbre of his warm tenor completing the package.  Ms. Ashford is, as they are wont to say, simply divine. Her clear wonderful voice, peppery style, side glances and winks are not unexpected and add that extra layer of impasto on the canvas. George is constantly at work sketching Dot whom he moves around like a rubber doll to achieve the exact proportions and poses as she fidgets and complains about rising so early on Sunday. (“Sunday in the Park with George”) The park begins to fill with a complaining Old Lady (Penny Fuller) who is George’s mother and refuses to let him sketch her, her nurse (Jennifer Sanchez) who is flirting with a German coachman Franz (David Turner). They titter and move about until George freezes them with a single gesture – ah, George’s first painting of the Bathers at Asnieres now seen hanging in a gallery demonized by a more successful painter Jules (Robert Sean Leonard) – who is secretly having an affair with Frieda (Ruthie Ann Miles) –  accompanied by his wife Yvonne, a highbrow type (Erin Davie) as they exclaim that the painting has “No Life.”

Dot, a fun-loving earthy gal, fantasizes about going to and being a Follies girl in “Color and Light.” But her needs have no bearing on the one focused George who is busily working on the beginnings of “Finishing the Hat” – more blue! And so Dot must amuse herself elsewhere with the Baker, Louis (Jordan Gelber), although she’s the talk of the town – “Gossip.” George is busy sketching the boatman (Philip Boykin) while two young ladies (Ashley Park and Jenni Barber) try to attract the attention of two soldiers (one of them Claybourne Elder).

The story moves along as do the people in the painting and although George and Dot are deeply connected and in love, they must each seek their destiny elsewhere. Dot becomes pregnant (it is George’s baby) and demands George give her the painting he made of her, which he refuses. She marries and leaves with the Baker for America when an American couple, who hate Paris but love his pastries, steal him away with them. Fine and extremely humorous performances by Liz McCartney and Brooks Ashmanskas! And Gyllenhaal is particularly amusing and charming sketching the dogs at the river, imitating their every move, howl and bark.

Fast forward and it’s 1984 at the Chicago Museum of Art – “It’s Hot Up Here” – where George {Dot’s great grandson also named George (Gyllenhaal)} and Dot’s daughter, Marie (Ashford) now 98 years old in a wheelchair, present Chromolume#7, a new technology of lighting and music of Seurat’s major work (A Sunday Afternoon on the island of La Grande Jatte). This Act II scene is a spectacular cacophony of sound and dancing lights as bulbs fall from the ceiling (Ken Billington, lighting designer) and move in tandem to the rhythms (created by Kai Harada). And. . . Ashford plays well even as a little white haired old lady!

This George, too, must struggle with his identity and where life will ultimately lead him. The scene dissolves back to the island of Jatte where the words of his great grandfather are reiterated and he realizes, in flashback, it’s time to “Move On.” After all, there are “so many possibilities.”

The scenic design by Beowulf Boritt is simple and to the point – a scrim on which the Seurat paintings can be projected (Tal Yarden) and the orchestra, led by Chris Fenwick, can be seen, the period colorful and shimmering costumes are by Clint Ramos  – –  sensitively directed by Sarna Lapine and eliciting a misty eye more than once in this fantastical fantasy. 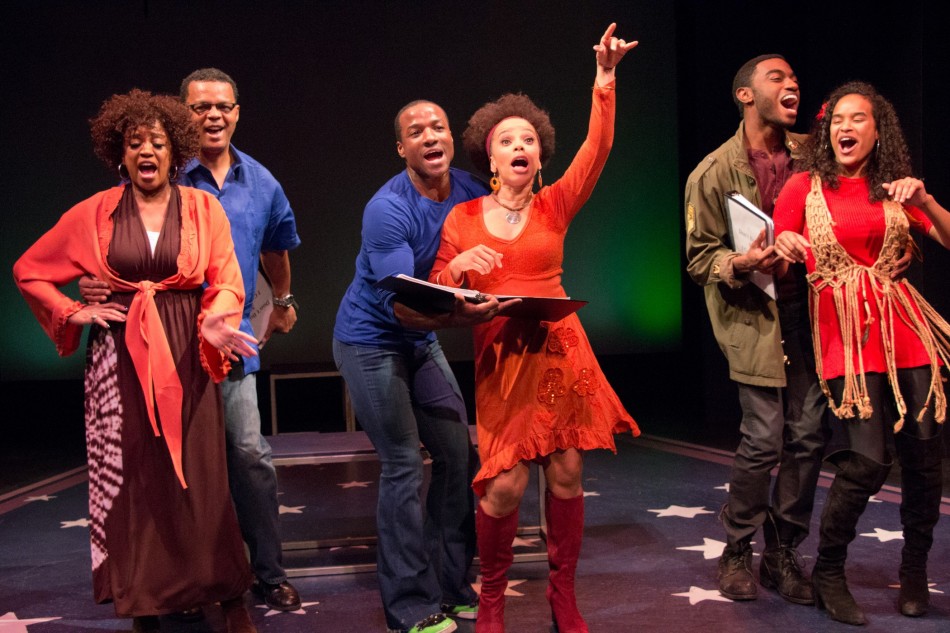 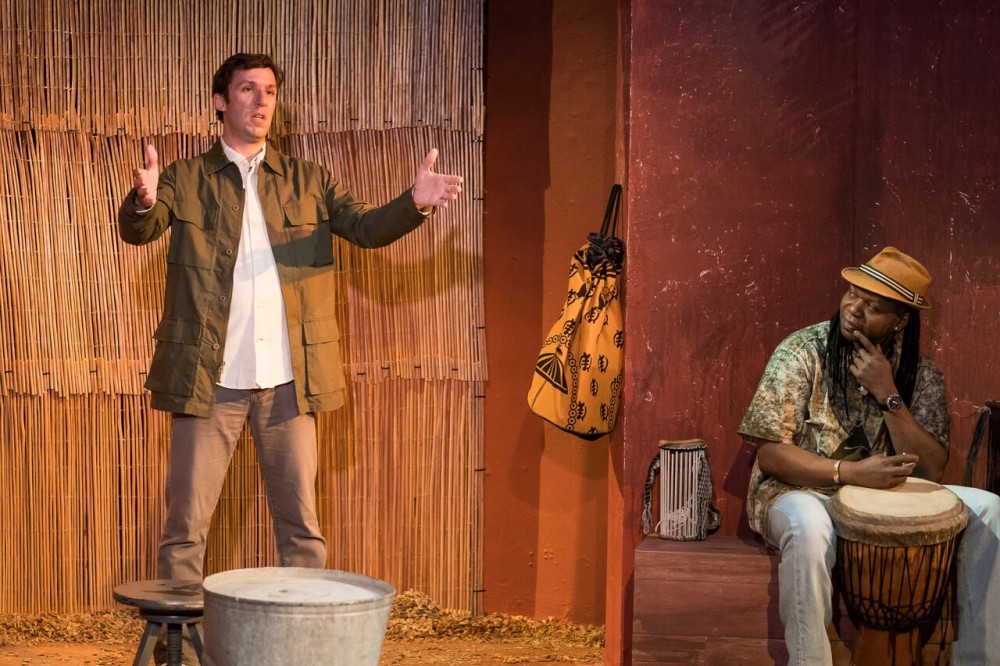