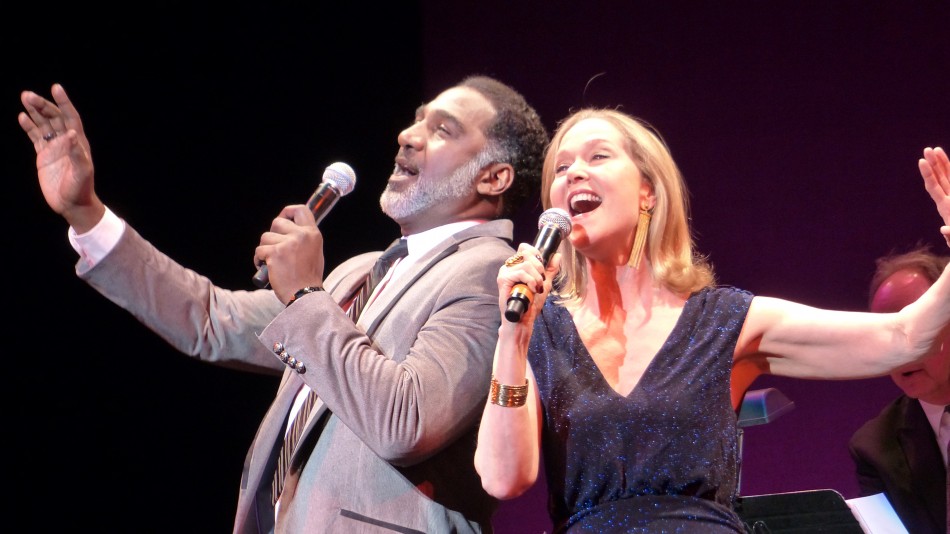 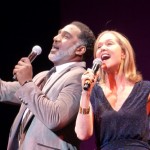 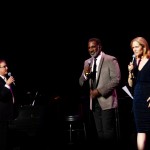 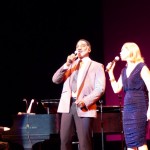 Swinging on a Star:The Music of Jimmy Van Heusen was presented Saturday night at New Jersey Performing Arts Center in Newark, N.J.  Norm Lewis and Rebecca Luker took the stage with Rob Fisher on piano / Musical Director to a sold out audience.

One of American music’s most prolific and colorful songwriters, Jimmy Van Heusen’s rich, varied body of work resulted in four Oscars, an Emmy award, and membership in the Songwriters Hall of Fame. Songs such as “All The Way,” “High Hopes,” “Here’s That Rainy Day” and “Swinging On a Star” endure as timeless classics. His close association with the careers of entertainment icons Frank Sinatra and Bing Crosby produced scores of hits songs and albums. On film, Van Heusen songs have been featured in over 200 major motion pictures.

Jimmy Van Heusen was born Edward Chester Babcock in Syracuse 1913. He began his five-decade career writing songs for Cab Calloway and Harlem’s Cotton Club Revue in the Swing Era 1930’s. A number of his early melodies from this period would demonstrate the songwriting genius to come. “Darn That Dream” and “I thought About You” would go on to become all-time American Songbook standards.

Norm Lewis started off the evening with “Come Fly With Me” and Rebecca Luker followed with the haunting ”Here’s That Rainy Day.” Lewis and Luker sang an adorable rendition of a little know Van Heusen song “Yah-Ta-Tah Yah-Ta-Tah. In between songs the charming Rob Fisher filled in some wonderful tidbits about Jimmy Van Heusen the man and his music. Some of Van Heusen’s songs are so catchy that it stays in the brain long after you hear them. That was the case Saturday night. After the final song, “Swinging on a Star,” many people were singing it as they were filing out of the theater. www.njpac.org