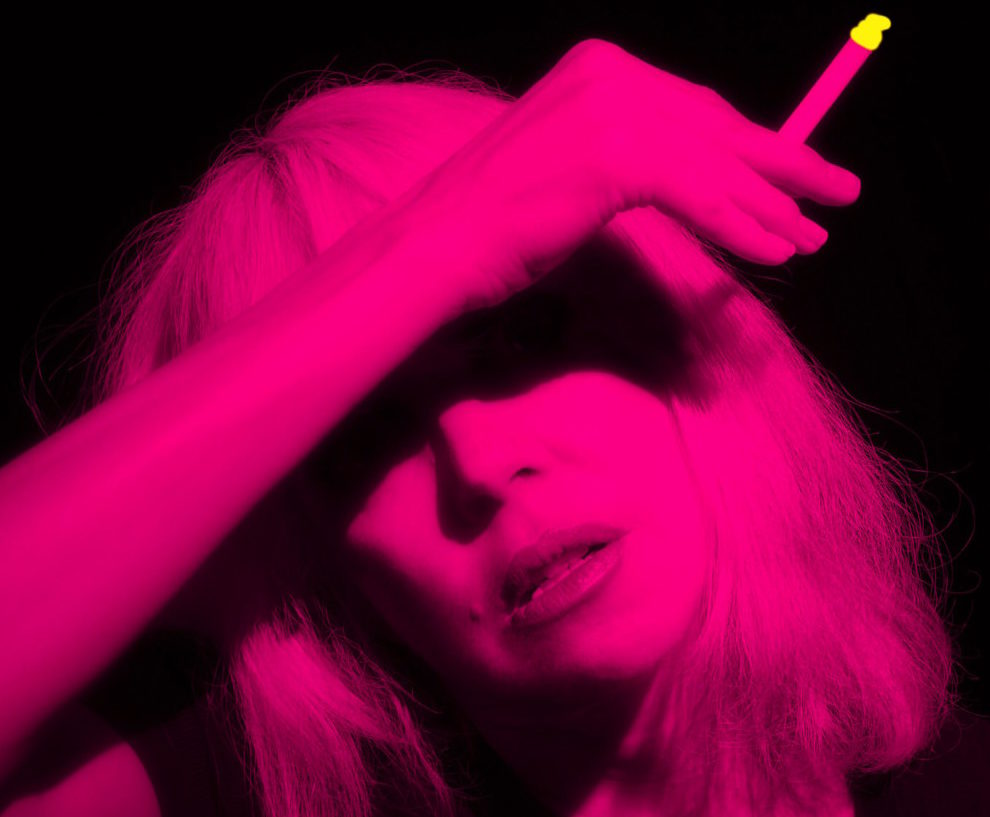 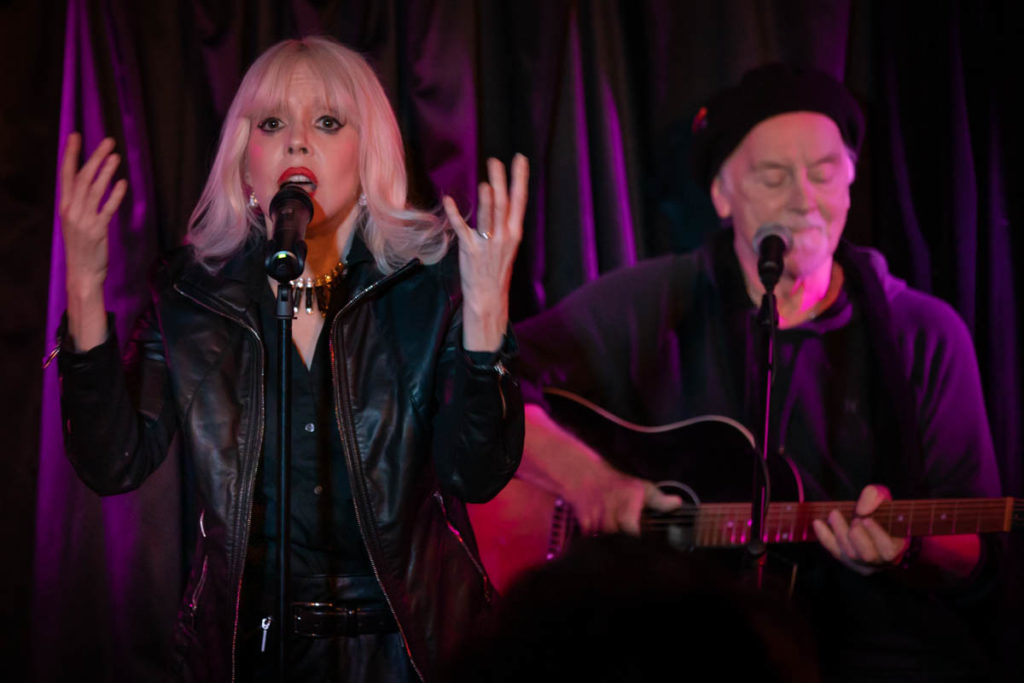 In researching Marianne Faithfull for this piece, I was gob-smacked by my stunning ignorance of her extensive, music, acting and writing careers, coupled with the log-rolling ups and downs of her life. She has recorded 23 albums, acted in theater, film and television, written a number of books and has been noted for a number of lifetime achievement awards. All in all she has had an outstanding career as a performer, but not without decades of struggling with drug and alcohol addiction. From her introduction in the early 1960s with her sweet-voiced “As Tears Go By,” she eventually reached her low point in the early 70s, living on the streets of London, homeless, addicted, anorexic and with a laryngitis-damaged voice. After several attempts to revive her career, the release of Broken English in 1979 brought her back into the spotlight. Interestingly the album, because of its raw, dark, punk themes, melded with her pouty, angry attitude and her now low-register, cracked and throaty voice.

So here in 2019 we were blessed (or perhaps damned?) to have Tammy Faye Starlite replicate this ground-breaking album, a tour de force performance of the comeback of a major artist. Tammy Faye as Marianne slowly shuffles in from the back of the café to the stage, white-bloused and black leather-skirted, wide-eyed, yet insouciant. For the next two hours Tammy Faye morphs into Marianne with vigor, rage, savagery. And songs are interspersed with often hilarious or, more often, scary catatonic rants about fucking anything that comes to mind like things as sinister as “Dantean dark woods, thorns, Hadean brambles, forks in the road . . . ” or giving major shit to the good-natured lead guitar. There were seemingly drug-induced tirades: “We know that death is far away . .  . even the smack has a balsamic reduction . . . happiest when unconscious . . . Sister Morphine, Cousin Cocaine. . . this shot will be my last . . . ” and sly attacks on Blondie, Tina Turner, and, of course, Yoko. 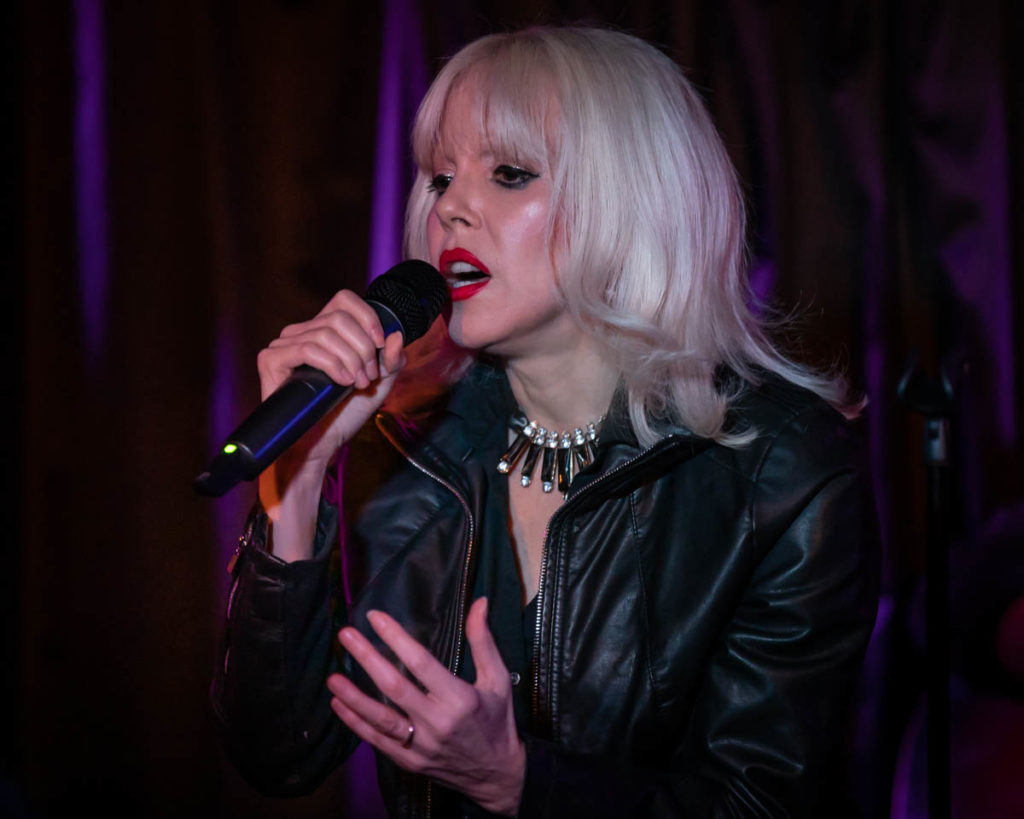 Tammy Faye as Marianne performs each of the eight songs from the album, with an impeccable replication of that throaty, rumbling voice and with much panache and humor. I could rant about all eight but I’ll focus on the first and last songs, “Broken English” and “Why’d Ya Do It.” Glossing over the other six does a disservice to both Marianne and Tammy. However, to be perfectly candid, I had a difficult time absorbing much of the chatter introducing each song so I would merely say that the songs themselves sang to us.

Terrorists of the time, like Ulrike Meinhof, were the inspiration for “Broken English,” a plaintive dirge that asks “What are you fighting for . . . what are you dying for?” But to me the pièce de resistance was “Why’d Ya Do It?” Written by Heathcote Williams (Tammy reminded us to pronounce it “HeathCUT”) and allegedly for Tina Turner, it is a sexually-explicit, defiant, angry, aggressive rant from a woman scorned. Tammy Faye as Marianne goes frenetic, all out with screaming, rasping, spitting, choking on such lyrics as “ Why’d ya do it, she said, why’d you let that trash, get a hold of your cock, get stoned on my hash?” For 1979 even the rest of the explicit lyrics seem over-the-top, but for the situation described, it rang hard and true.

Tammy Faye was skillfully accompanied by Barry Reynolds (who worked with Faithfull for many years and has a writing credit on Broken English) on acoustic guitar;  Richard Feridun on electric guitar; Keith Hartel on bass; Eszter Balint on violin; and Dave Nagler on piano and keys. It was amazing how they were able to produce such evocative sounds explicit to each of the songs played.

Now that I have been exposed to the unsurpassable talent of Tammy Faye Starlite it is my intention to keep her sharply on the radar.