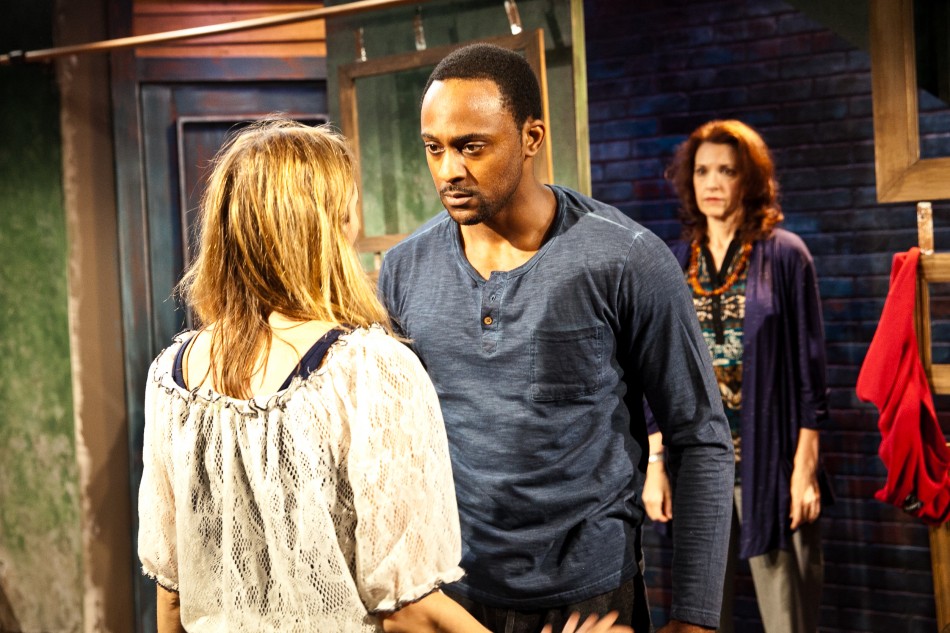 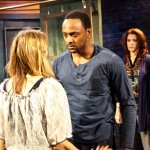 Set in Boston in the 1970s, John Adams’ “sensual, explosive romance” is a beautifully crafted piece about two creative people who share the excitement of youth and volcanic energy when they were young and fearless. At the start of the play, Sheila O. Fine discovers a photograph of her lover from thirty years before that triggers the narrative of the journey. She was a theatre major and needed a beautiful black man to recreate the Emperor Jones for her directing assignment. She notices Ross on campus, and finds him in a rehearsal studio where he is practicing for a future dance recital. He won’t be involved in her ‘concept piece’—which he considers to be ‘slave and minstrel stuff,’ a ‘Shirley Temple N show!’ He sees the show, admires her talent, calls her from a phone booth, inviting himself to dinner at her place—‘no deviled eggs or mystery meat’. He moves in.

Throughout the play the older Sheila comments on the scenes as she remembers them and inserts droll humor along the way. She is a facilitator for props and the pictures which she tapes to the movable panels of frames. 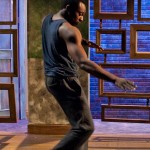 Ross is a born charmer –“She Oh Fine you’re amazing, easy on the eyes, a little crazy and you’re up to ME.” The sex is great, his body is sculpted, his magnetism is powerful. His ‘street’ buddies think bedding a white girl is cool. He admires her talents for writing and drawing but critiques her posture and lack of grace and teaches her the moves. A wonderful dance lesson ensues which liberates her from her lack of confidence. Shangri La doesn’t last very long. Anger erupts over his obsession with rehearsing for his recital, communication problems, egos, and racial issues, but he finds release in a beautifully choreographed West African dance accompanied by drums and percussion which ends the first act.

Act Two recounts his hugely successful recital, the fans waiting in line, her leaving the after party, his apology, his jealousy, and the unheated apartment, Older Sheila relates that he kept her warm, like a furnace. Money is tight but Ross is ecstatic when he gets a summer gig for $2,000 to teach diverse kids to dance and perform in the Hatch Band Shell. His expectations are shattered when the funding is pulled from the budget.

Sheila offers to help him raise private funds. She has a rich Uncle Phil who always promised to ‘back her”. The plan backfires when Phil meets Ross and says he will contribute if they get other investors. She accuses Ross of self pity and tries to motivate him to move on. Tensions increase and he leaves for good. When she is packing up her things to move, she finds proof that he had been having a secret affair.

Fast Forward. Uncle Phil got her a position in an advertising firm in New York City. When she runs into Ross who is now teaching high school at an arts academy he is a disappointment.

Theatre 54 at Shetler is an intimate space in which Kathryn Kawecki deserves praise for her inspired set design. Director Alex Levy and playwright John Adams are partners in Ballybeg and their collaborative and creative efforts are most successful.   Landon G. Woodson (remember his name) has the perfect physique for the role, but also emotional depths and a powerful voice. Jean Tafler is excellent as older Sheila. Michaela Morton had the spirit and intelligence for younger Sheila. At the performance I attended, Michaela Morton, the understudy, stepped into the role of Sheila, usually played by Briana Pozner. Terrific ensemble work. 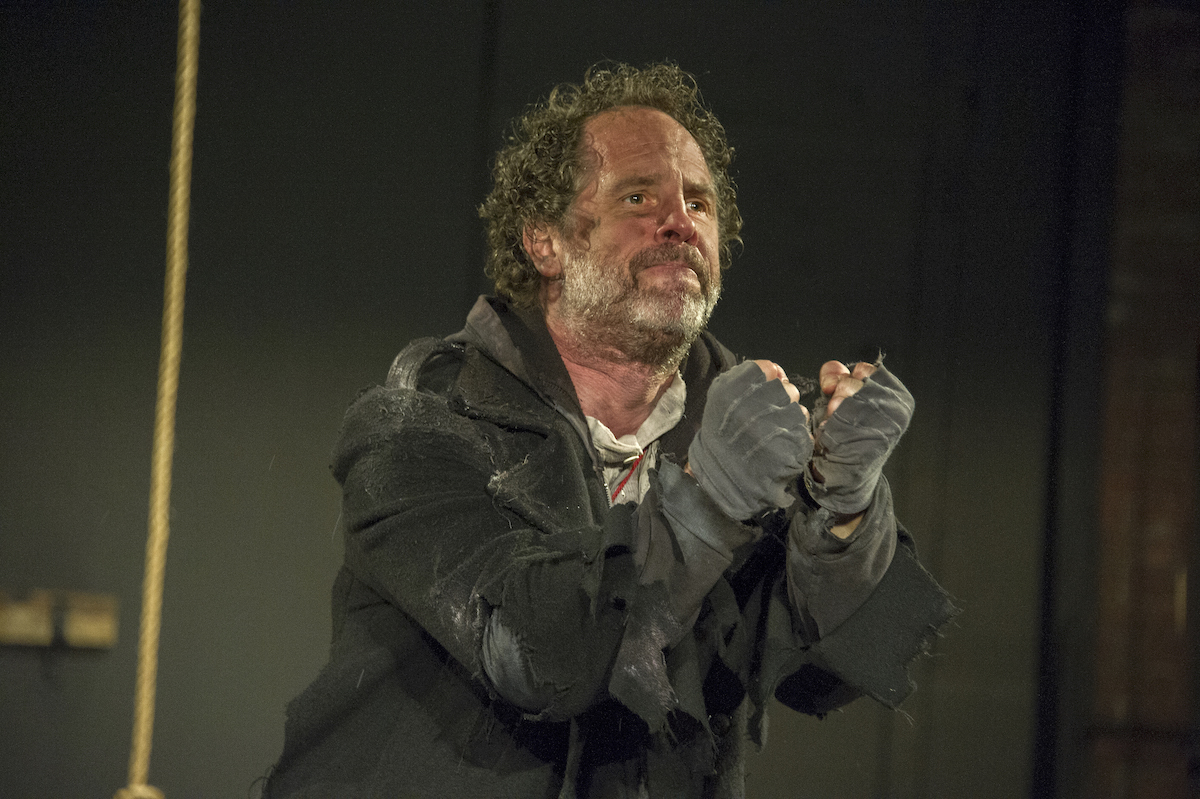 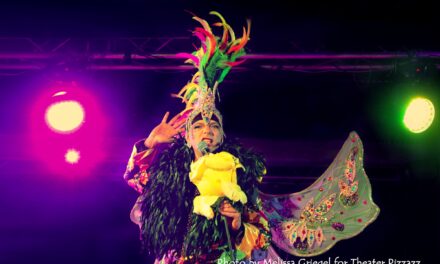 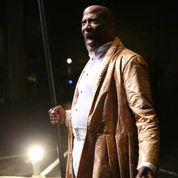 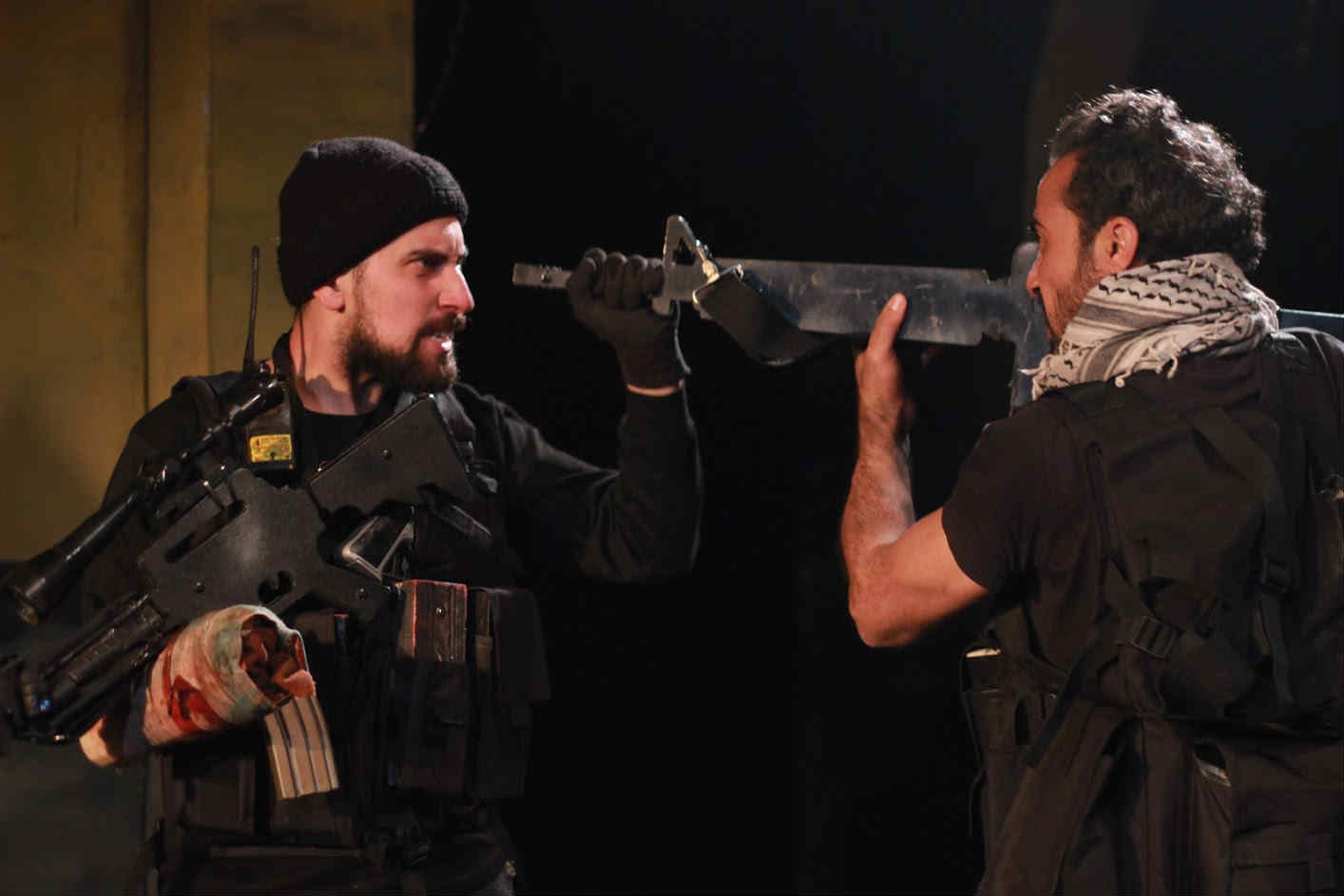