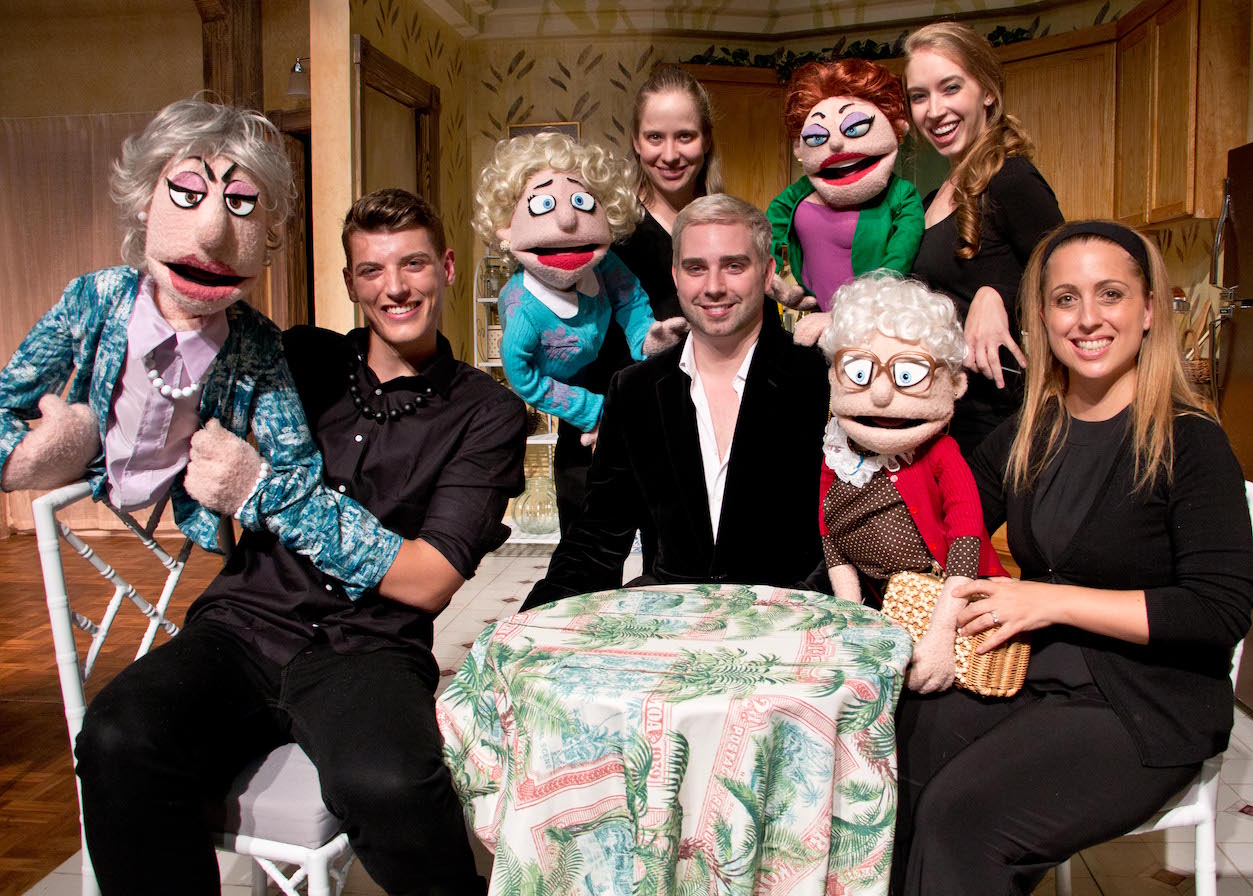 Set in that sassy Miami house in 1985, ‘That Golden Girls Show!’ is a brand new show that parodies classic Golden Girls moments – with puppets! Get set for an evening of cheesecake, laughter, jazzercise, shoulder pads, sex, and the elegant art of the quick-witted put down.

From Sophia’s get-rich-quick schemes, to Rose’s tales from St Olaf, Blanche’s insatiable hunt for men and the Fountain of Youth, to Dorothy’s daily struggle to make sense of her life, manage her roommates all the while fending off a certain, pesky ex-husband, once and for all. Devoted fans will fondly remember our four girls from Miami, and for the first-timers, this will be a joyful introduction to the brilliance of that television series.

Theater Pizzazz’s JK Clarke got to meet with the cast during rehearsals, and captured some candid moments.