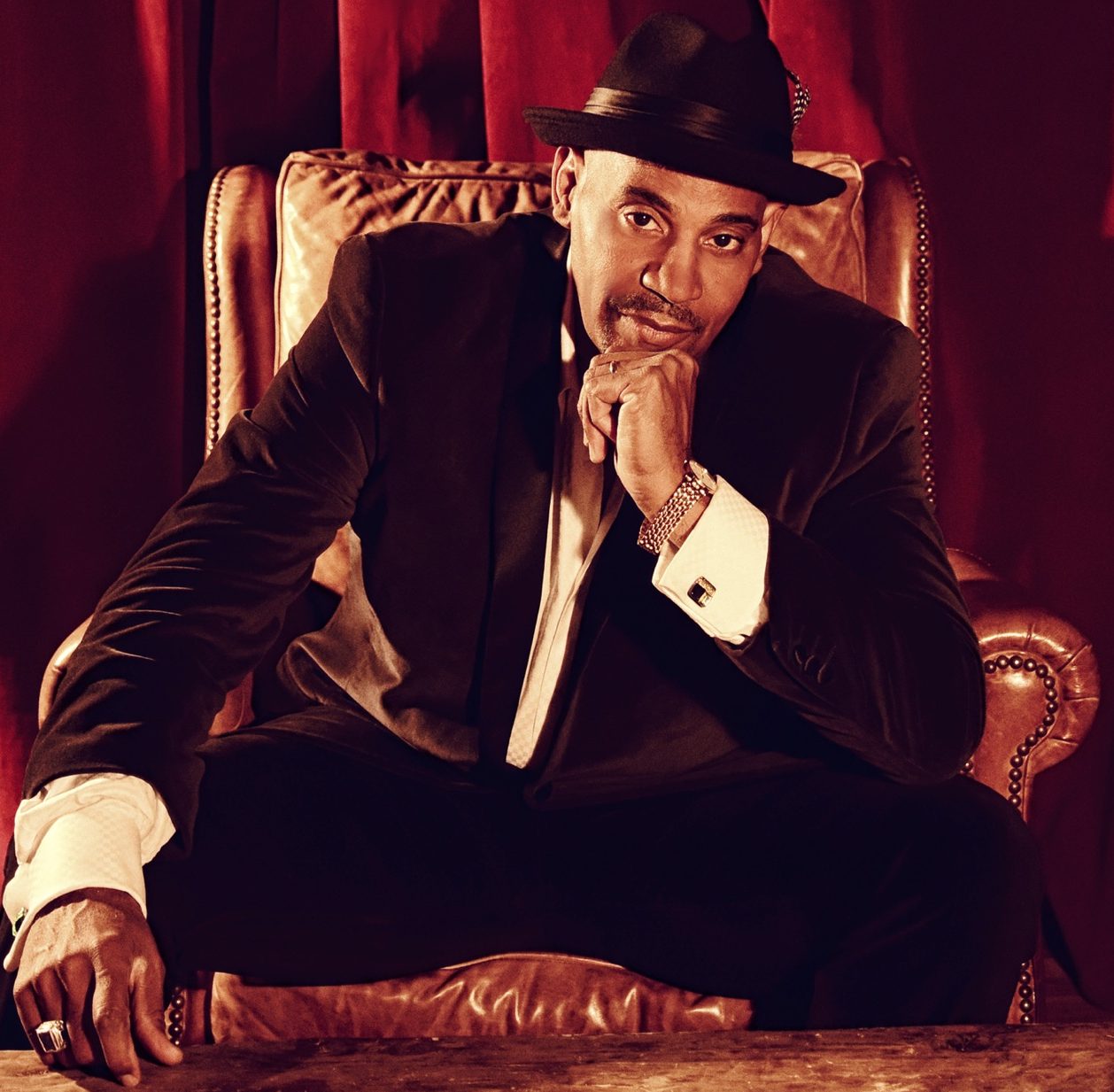 In his decades-long career, Allan Harris has been noted for his eclecticism and remarkable versatility. Drawing from his September 2016 CD release Nobody’s Gonna Love You Better (Black Bar Jukebox Redux), Harris’ set moved him through jazz, blues, Latin and pop-rock with equal mastery (and that’s just a smattering of the musical styles he’s comfortable with). Beginning with an upbeat “More Today Than Yesterday” (Pat Upton), Harris smoothly slid into a soulful, sultry and immensely satisfying version of the standard “I Remember You” (Victor Schertzinger/Johnny Mercer). Harris has a rich, pure baritone/tenor voice, often compared to Nat King Cole’s, but more crystalline, without the throaty quality of Cole. His strong suits are phrasing and intonation. He’s a master of dynamics, with a vocal control that allows him to manipulate a song—push and pull at it—for maximum effect, with no need to belt or use any kind of vocal tricks. Harris is also a gifted songwriter, and his own “Miami” gave full proof of the range of his talent in composition and the artistic execution of his material. Not only is Harris a skilled songwriter, but he’s a storyteller in both the creation of music and the interpretation of it. His thespian bent is most visible with his 2006 concept album, Cross That River, an exploration of African-American participation in the 19th century western expansion of the United States; the album has since been made into a stage musical. Harris offered two numbers from this work, the title song and the extremely powerful “Blue Was Angry,” delivering both with conviction and emotive passion. Likewise, from his latest CD, dedicated to his concert pianist mother, “Mother’s Love (Nobody’s Gonna Love You)” is an all-enveloping tribute, evoking the deep feelings Harris holds for his parent. He sings the beautiful “Doralice” (Dorival Caymmi/Antonio Almeida) in excellent Portuguese, whisking you away to a terrace in the Brazilian city of Salvador, where samba music is played daily as religion. Such gentility resides comfortably with the cool dude side of Harris. Brooklyn-born and Harlem-raised, Harris is hip. He exudes that laid back New York confidence you’d expect to see with cats hanging out in a smoky jazz dive. When he sings “Any Major Dude Will Tell You” (Donald Fagen and Walter Becker) he knows whereof he sings.

As a guitarist, Harris returns to rock roots. With guest artist Glenn Dicterow, one of the world’s foremost classical violinists and Concertmaster of the New York Philharmonic, he riffs on Jimi Hendrix’s “Up from the Skies,” with Dicterow and his sidemen in full swing mode. His musical partners are cats in a tight groove with Harris—almost ethereally connected—principally longtime collaborator Pascal Le Boeuf on piano and Hammond B3 organ. One of the most sensitive and talented percussionists on the planet, Shirazette Tinnin, forges a zen-like oneness with her instrument and, in her cajon playing, shows why in ancient times the drum was the provenance of women only. Filling out the rhythm section is a soulful Nimrod Speaks on the upright bass. The encore, “Blues in F/Black Coffee Blues” (Ray Brown/Allan Harris) also showcased Harris’ guitar skills. But, of all the many magnificent aspects of Harris’ abilities, his jazz chops resonate most deeply. “I Got the Blues/Lester Leaps In” (Lester Young/ Eddie Jefferson) with its vocalese turns and “Moody’s Mood for Love” (James Moody), which showcases his scatting abilities, are crown jewels in the Harris talent vault. In all of his many moods, Allan Harris is a performer who musically tells it like it is, holds nothing back, and gives totally to his audience. It’s no wonder Tony Bennett declared him his favorite singer.