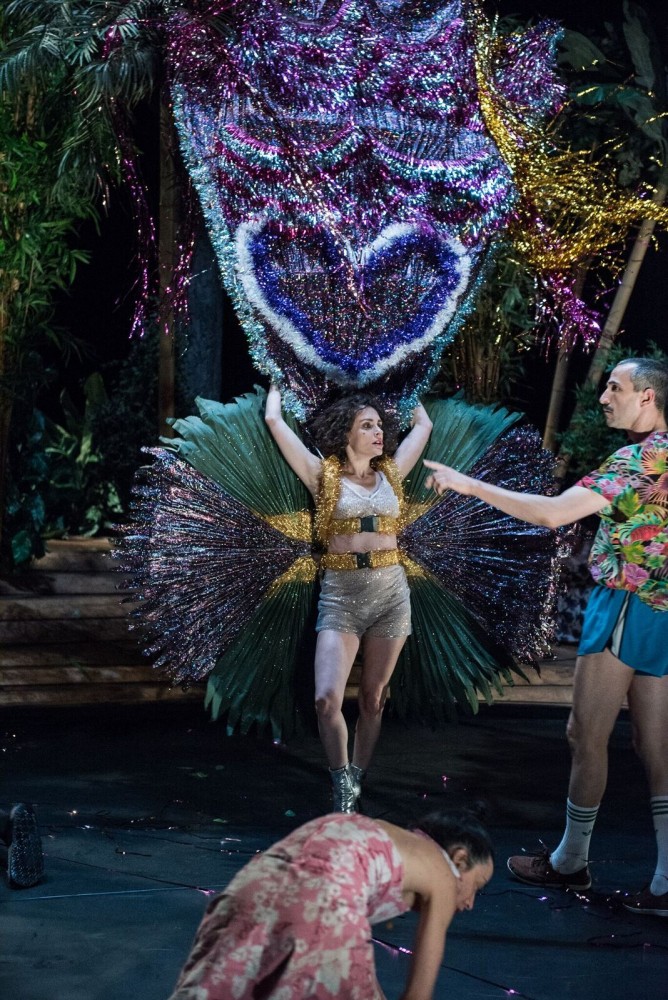 Flocks of feathery birds are swarming over Brooklyn this month. Yes, believe your eyes.  They’ve migrated from the ancient theatre of Epidaurus, Greece, landing in St. Ann’s Warehouse and stirring up a dramatic storm.

Nikos Karathanos’s wild revival of The Birds, Aristophanes’s ancient satire, may come 2500 years after it was written, but it feels as fresh, as topical, and as timely as if it were written today.  This political parable tells the story of two middle-aged Athenians (played by the director and Aris Servetalis), who, tired of their city’s corrupt politicians, retreat into the woods, seeking out “birds” with whom they can build a new utopia in the clouds.  “We should found a city,” they declare.  They call it “Cloud Cuckoo Land” – and though it’s a name that’s 2500 years old, it resonates loud and clear today, given what we’re living through. The energy of Karathanos’s vibrant two-hour spectacle is strikingly reminiscent of Hair,the hit rock musical of the 1960s.  His 19-member ensemble is a phalanx of riotous, bare-breasted birds, costumed in colorful plumage (by Elli Papageorgakopoulou).  As choreographed by Amalia Bennett, they fly around the stage, folding these two eager humans into their welcoming wings.  Or they perch in trees, cawing and shrieking, peering down on the action.  An onstage musical ensemble accompanies their flight with a raucous musical score (composed by Angelos Triantafyllou).  As Greek choruses go, you couldn’t find a more entertaining one.

Meanwhile, the plot thickens, as well as the flock of birds.  The humans back in Athens have stopped making sacrifices.  So now the gods get into the act.  They’re starving, and decided to come down to earth and find a way to create a lasting utopia together.  Their dramatic appearance – featuring Poseidon, Hercules, and Zeus (a paralympian dressed in white shorts and a golden belt), mingling among the birds, shaking hands as if at a reception – is a fitting final moment to this sharp political satire. Karathanos’s stagecraft is a marvelous, creative synthesis of ancient and pop-culture.  You sit in St. Ann’s auditorium, looking down at a spectacle whose primal, orgiastic energy transcends two millennia.

In a recent statement, director Karathanos sounds very much like his human protagonist.  “We come to you from the same city as the heroes of Aristophanes.  We, like them are also tired and exasperated with life there. We, like them, are migrants, always in search of our very own ‘cloudcuckooland.’”  Aristophanes’s vision may be just what we need today. 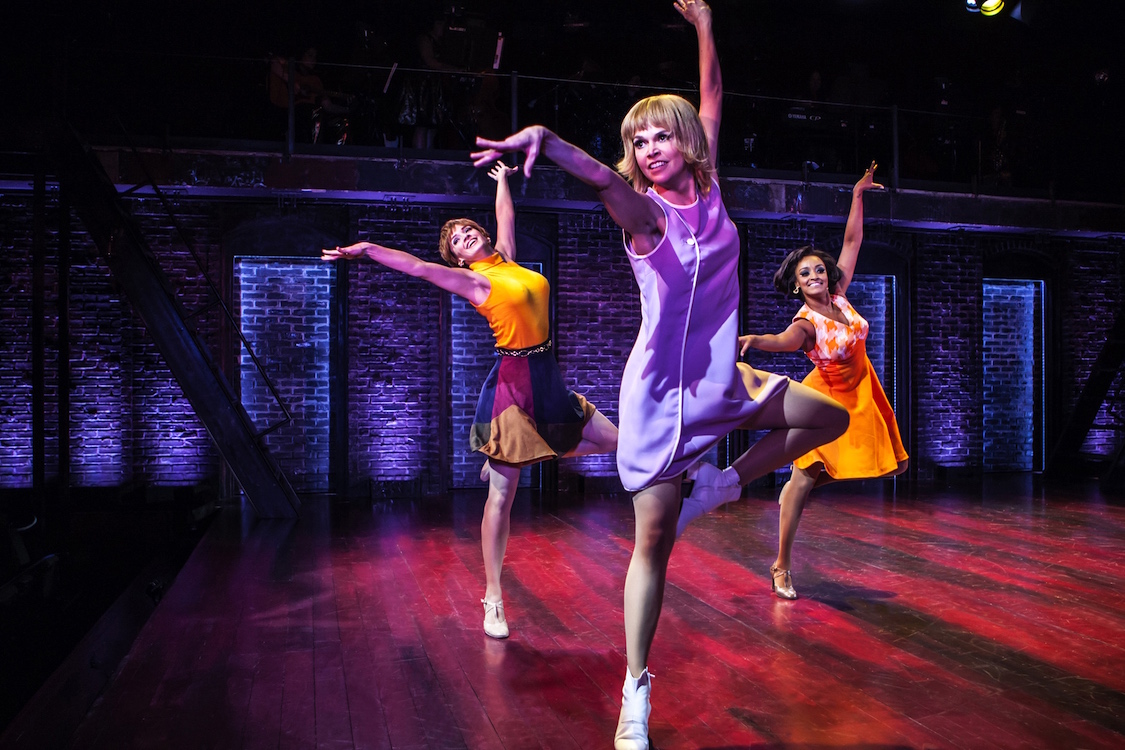 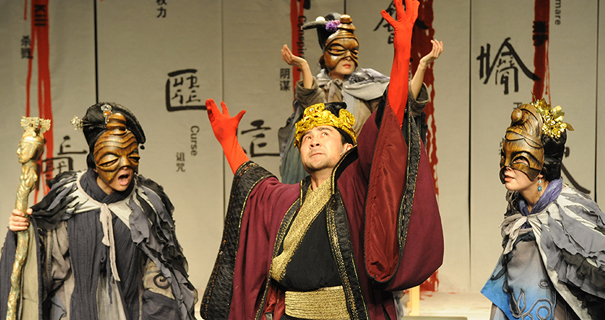 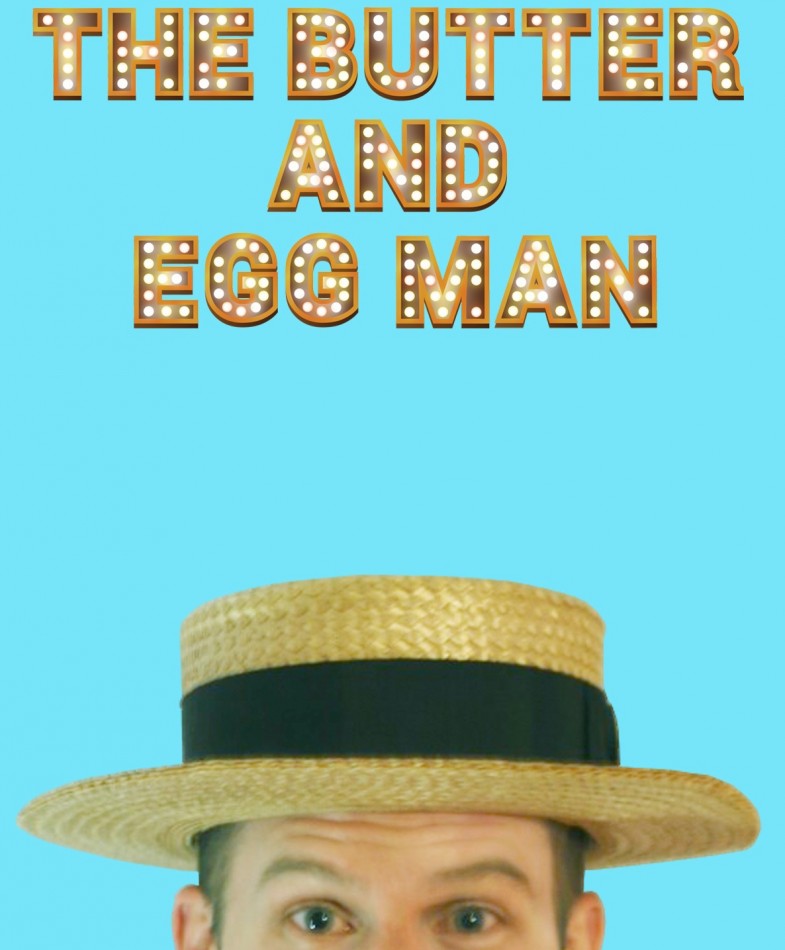 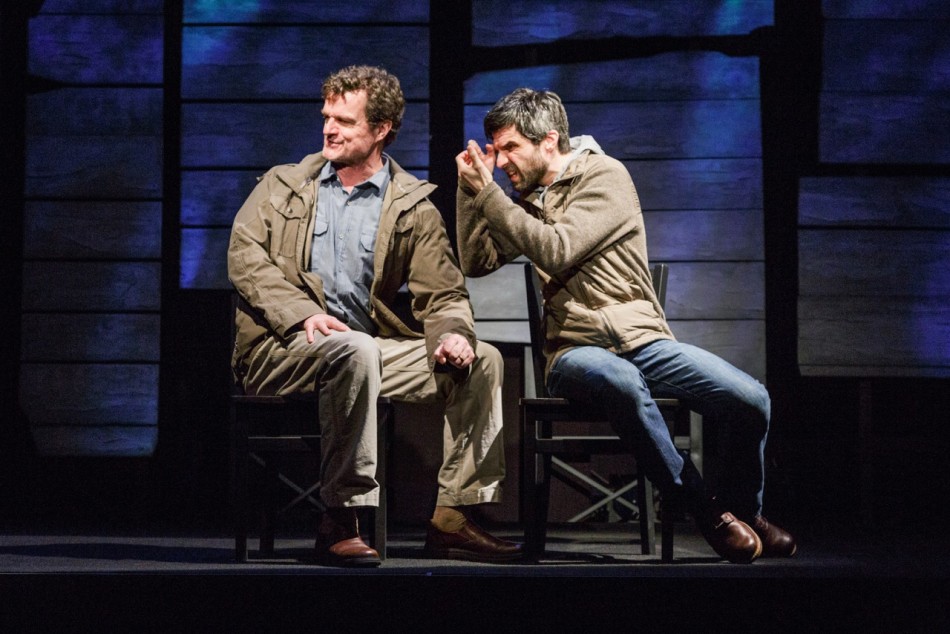