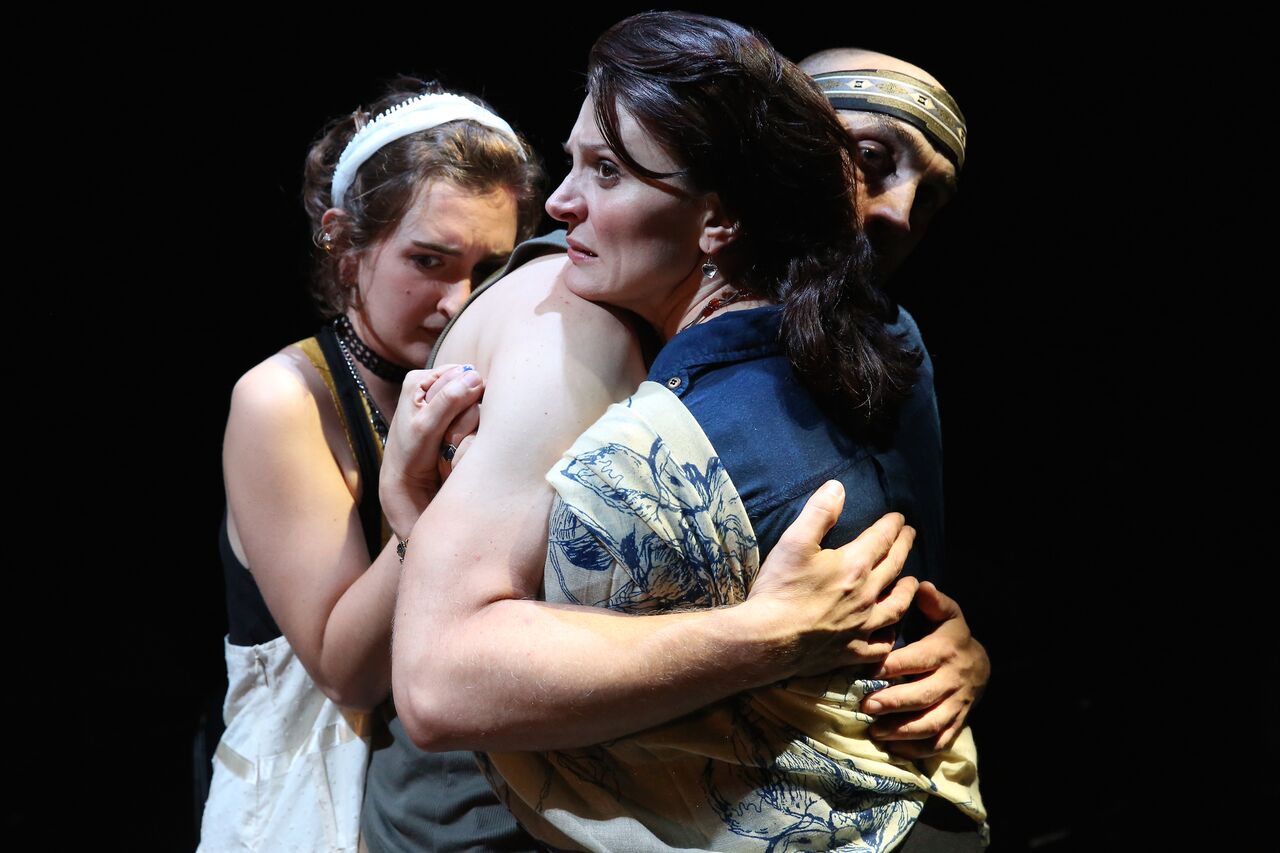 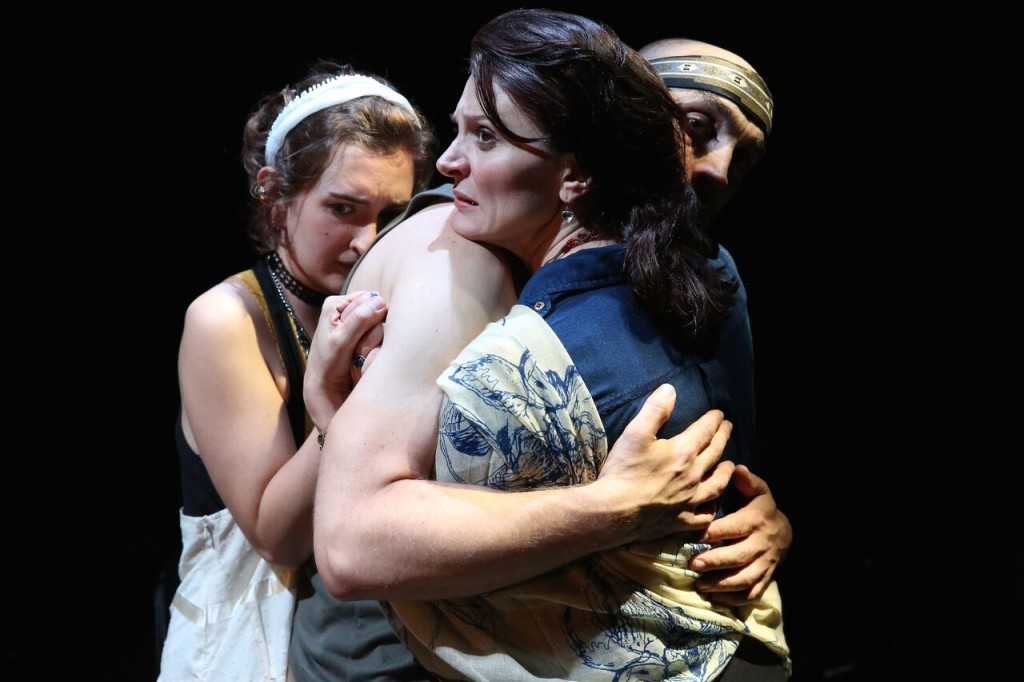 Irish playwright Conor McPherson, no stranger to the supernatural (The Weir, Shining City, The Seafarer) has found inspiration in Daphne du Maurier, a literary soul-mate of sorts, translating her bleak, doomsday novelette, The Birds, into a dystopian stage work. Like Hitchcock before him (in the 1963 film version), McPherson uses the source material as a platform for his storytelling. The original is set by the sea in the desolate Cornish outback, while McPherson’s tale takes place in a generic “house in the countryside.” Du Maurier tells her story through the eyes of Nat Hocken, a wounded World War II veteran with a family, who first notices a shift in the natural order, but whose voice, like Cassandra’s is dismissed, to the peril of all. In compressing the novelette into a three-character play, despite the mystery of unexplained events and symbolic portends, McPherson eliminates much of du Maurier’s deeper insights, failing to create a crescendo of horror and dread. This oversight yields The Birds curiously bland. The onus thus falls onto the production company to deliver the goods by hook or by crook. 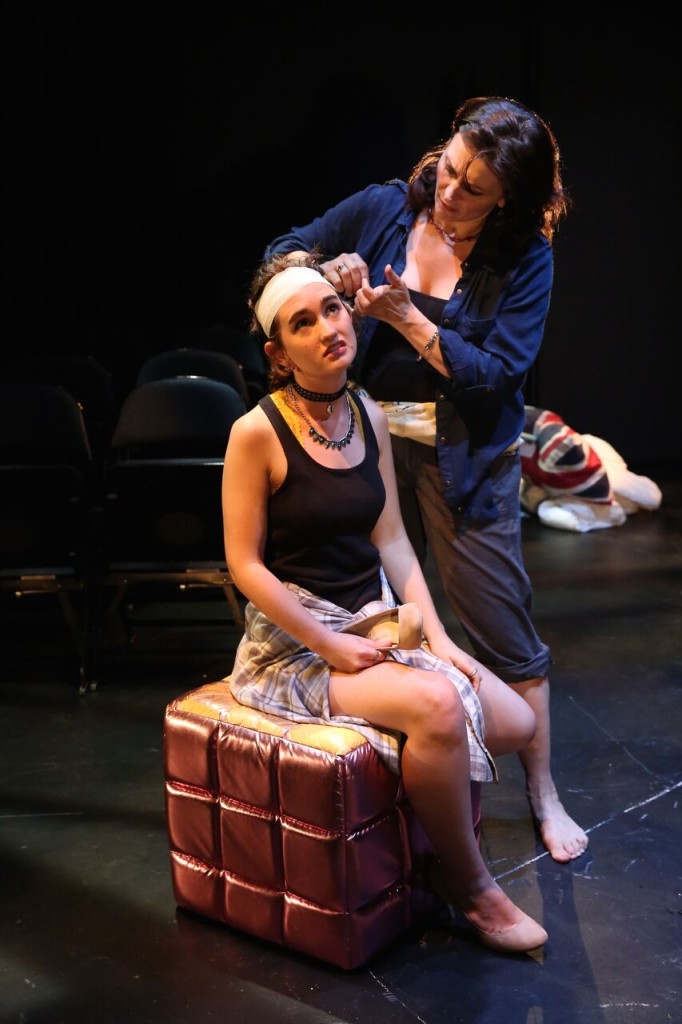 The play depends on atmospherics and they are dispensed with abandon. The intimacy of 59E59’s black box theater suggests the claustrophobia the characters will endure. A cacophony of sounds is heard pre-show, human voices, static – desperate radio broadcasts suggestive of flocks of birds. During the following 90 minutes lighting effects (Kia Rogers), projections (David J. Palmer) and the sounds of bird attacks (Ien Denio) help make the case for a never fully achieved apprehension. In McPherson’s The Birds, the central character is Diane, played with exquisite attunement and a fine sense of nuance by Antoinette LaVecchia. She opens the play with a narration, at a standup mic, as if testifying before a committee. This device will be repeated several more times through the course of the action. With her, trapped in an isolated, abandoned cabin is Nat, a man wounded by life in general. His entrance is explosive, in the nude; there’s no mistaking the force of his presence or how his maleness will affect the interactions to follow. Yet Tony Naumovski seems as trapped by his character as the inhabitants of The Bird’s dystopian world. His performance starts at a high pitch and never quite settles down, leaving him nowhere to go as an interpreter of Nat’s psyche. 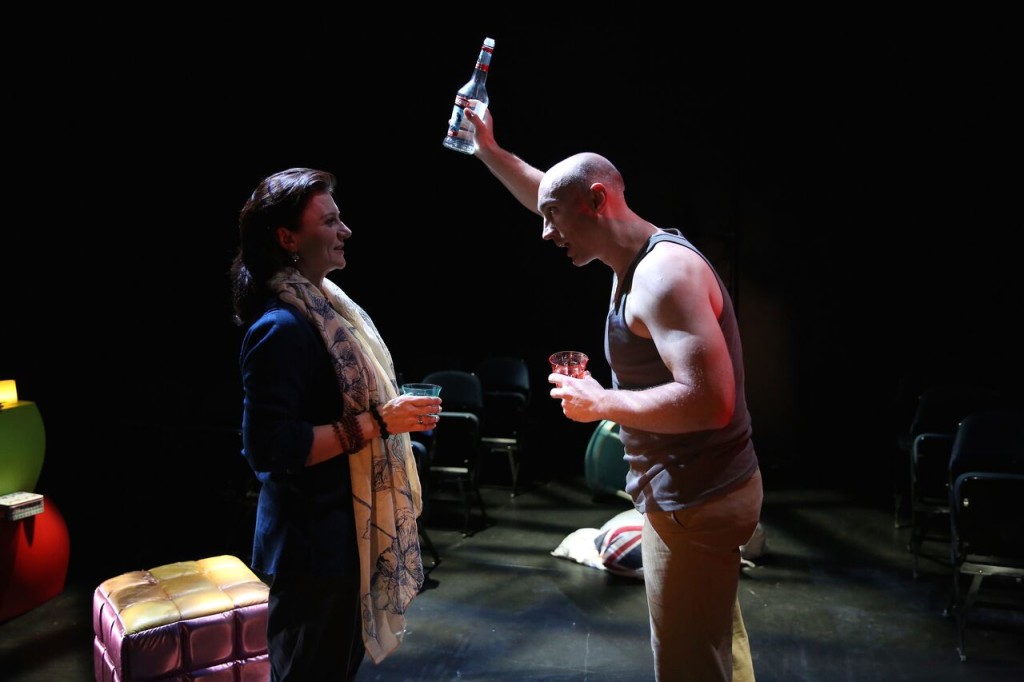 As Nat and Diane begin to form a bond, into the house comes a refugee from the horrors of the bird attacks: a young girl named Julia, who may be the snake in the Garden. Mia Hutchinson-Shaw’s Julia is played competently, her destiny met by a foreshadowing earlier in the action. Her costuming (Kate R. Mincer) cleverly juxtaposes Julia’s sexuality against the eventual reveal of Bible roots. Director Stefan Dzeparoski makes interesting use of the space – essentially two aisles in the form of a cross (set design by Konstantin Roth. The audience views the action voyeuristically from the four corners of the playing area  (Dzeparowski frequently has his players stand opposite each other at opposite ends of the arms of the cross, but the device fails to generate enough of a sense of danger to carry the plot. Another fail is the double casting of Naumovski as Tierney, a mysterious character who, previously spoken of, appears at the cabin when Nat and Julia are out foraging. The similarities between Nat and Tierney are too close and only serve to interfere with the potency of Tierney’s visit. As for the ending of this production of The Birds, it’s meant to be “deep,” leaving you scratching your head. The problem is, the conception of the ending and other digressions from McPherson’s script don’t help generate any heat. McPherson’s text may be problematic, but the choices made in this production of the play hinder rather than enhance. BirdLand Theater’s The Birds isn’t exactly for the birds, but only narrowly skirts laying an egg. 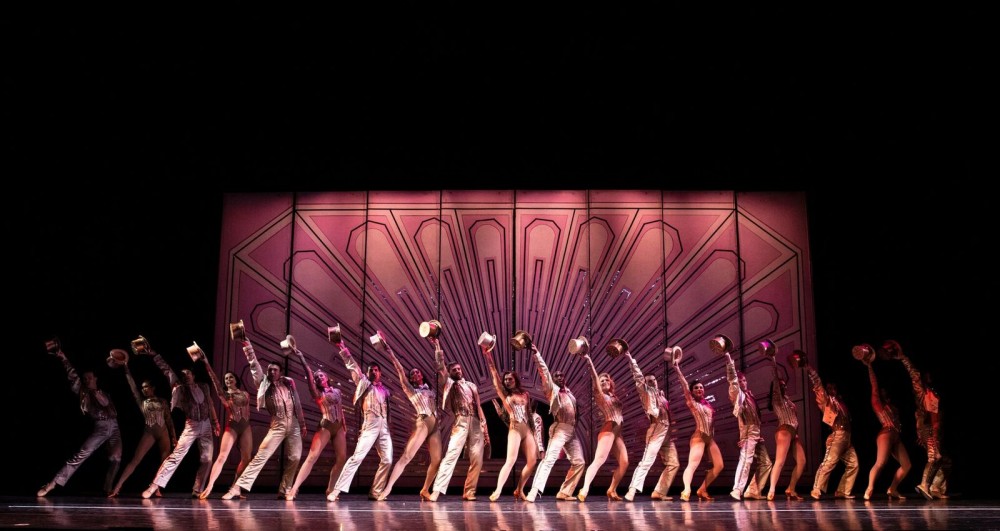 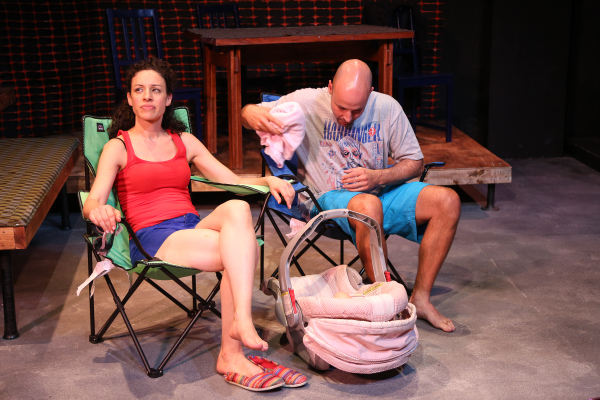 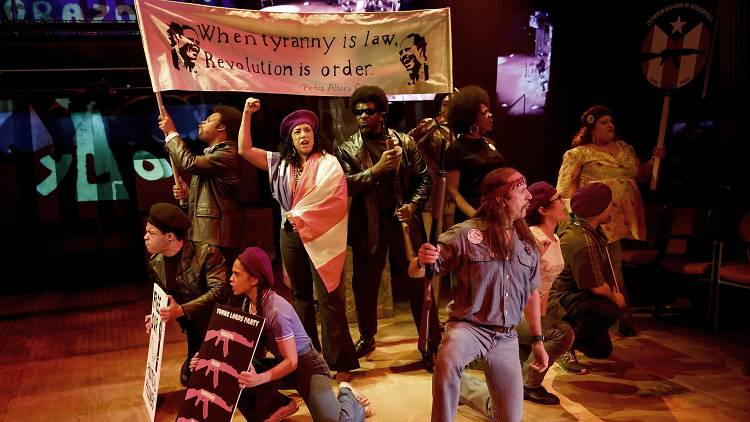