The Genies’ Jukebox at The Green Room 42 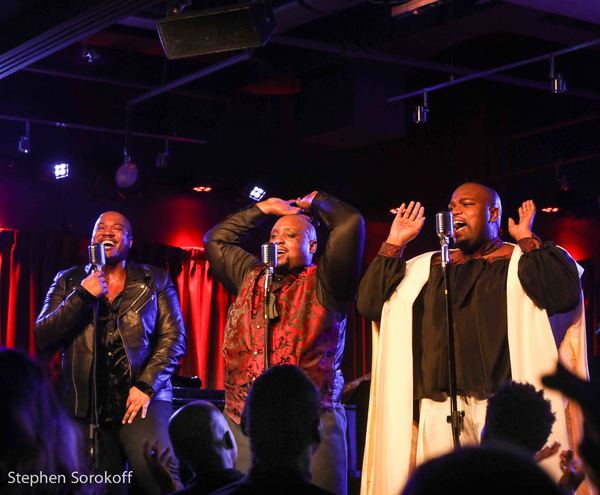 “Phenomenal cosmic power – itty-bitty living space.” As well as being the foremost complaint of Disney’s Genie, it’s also the first thought conjured up when told that three larger-than-life stars will be sharing the same stage – and role.

Major currently holds the coveted role of the Genie in Broadway’s Aladdin, while Deonté and Juwan are standbys for the part. A bass, mezzo and tenor respectively, the three performers have now compounded their individual talents into one intimate but ambitious show. If any rivalry exists between the alternating genies, it’s certainly not visible to the naked eye. The atmosphere of the theater industry can be, as described by the genies themselves, extremely difficult to deal with.

“There can be shade,” explains Juwan as he introduces their new project on the Green Room 42’s small but glitzy stage. “I could have been met with ego. Instead, I’ve met two friends – two brothers.” Nicknamed ‘The Baby Genie,’ Juwan is the youngest of the three men, and he admits that starting as a standby for one of the most famous roles in Disney theater was intimidating.

The three performers are highly aware of the perceived drama involved in… well, in drama.

Actors trying to make their way in the cut-throat Broadway world can be faced with heart-breaking rejection and fierce competition on the daily. When three strong talents must co-exist in close proximity at the New Amsterdam Theatre for just one role, it has the potential to get tense. The most magnetic thing about this soulful evening is the palpable love between the three stars. The pure friendship shown by Major, Deonté, and Juwan would warm the cockles of the coldest heart. They proudly call each other their family, and their chemistry on stage is utterly fantastic. They are a team. Of course, Major leads the way; and he deserves to. But his craft is so honed that it shines through even while carefully allowing his magical counterparts to take the spotlight.

The Genies’ Jukebox showcases some of the most groove-filled hits of the century with some Disney favorites slipped in for good measure. Directed by Daniel Dunlow, the pacing of the show was perfect.

Spanning across several decades of musical history, the carefully chosen set-list delighted every table. The collective gasps at the beginning of each song indicated just how well-received they were. Not many jukeboxes could replicate the eclectic mix of this show.

Opening with “Let The Praise Begin,” our genies blast onto the scene with exquisite energy. This is followed shortly by a Stevie Wonder medley performed with such gusto that everyone in the house loosened up instantly. The pure funk of the performance is indescribable. These are the voices and stage presence abilities of men who have been developing their talents for a lifetime.

Two performances must be noted as particularly spectacular. The mash-up of Les Misérables’ “I Dreamed A Dream” with Whitney Houston’s 2009 hit “I Look To You” is poignant and perfectly delivered by Juwan and Deonté. Although the rich harmonies from the tenor and mezzo are beautiful, nothing quite compares to the full sound of all three genies’ harmonies in  ” Friend In Me.” This deliciously soulful rendition is jazzed up even more – with Aladdin’s “Never Had a Friend Like Me” spliced in. This gentle nod to the show that brought the trio together is much appreciated.

Closing out the night with a contagious sense of dynamism, the trio arrived back on stage for their encore with the hit “Uptown Funk” by Mark Ronson and Bruno Mars. If this is what living in the infamous magic lamp would be like, then sign us right up.

Speaking to Major after the show, it’s clear that the trio are delighted with New York’s immediate and electric response. He explains, with his trademark twinkle-in-the-eye, that there has already been a buzz created from these two performances alone.

In the mystically vague fashion one would expect from the Genie, Major says he’s not sure where this excitement could lead – but personally, I’m sure I would enjoy seeing this trio again soon, along with the rest of New York City.

Although no future performances for The Genies’ Jukebox have been announced, keep on top of The Green Room 42’s upcoming schedule by checking out their website. 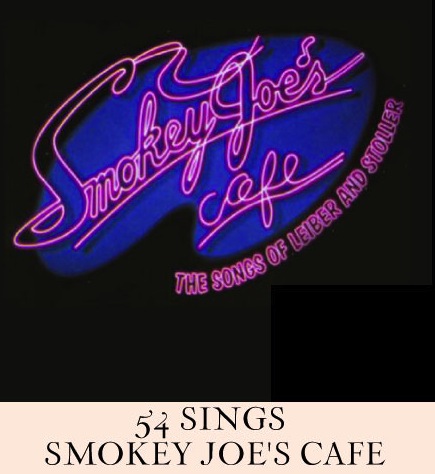 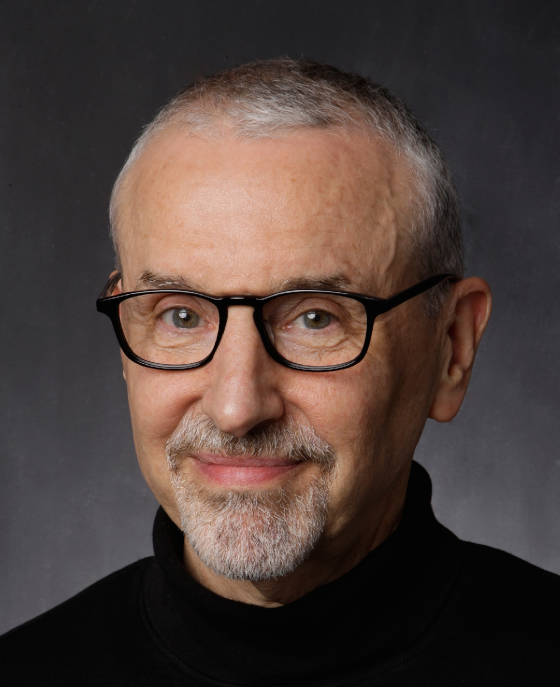