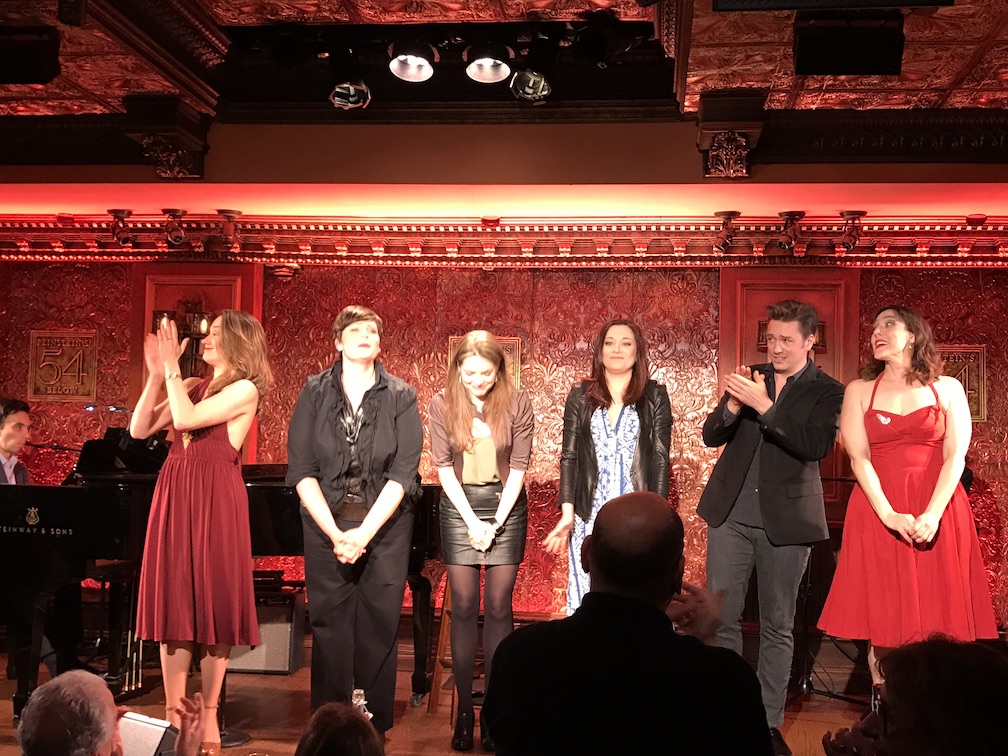 The reliability of a Scott Siegel-produced show can’t be underestimated. In this latest installment of The Greatest Songs of the Great American Songbook, producer/writer/director/host Siegel did not disappoint, scoring another winner with a cast of well-chosen talent. Along with the classic standards expected from the Songbook, a few newer numbers – ones that are new standards or are on their way to becoming classics – made the cut. Two of these were handled by Brian Charles Rooney, who possesses a flexible vocal instrument and a very appealing animated stage presence: “The Wind Beneath My Wings” (Jeff Silbar/Larry Henley) and “Sh-Boom” (James Keyes, Claude Feaster, Carl Feaster, Floyd F. McRae, and James Edwards), which Rooney elevated to Songbook caliber with his high-spirited interpretation. The 1937 musical Babes in Arms (Richard Rodgers/Lorenz Hart) produced many Songbook standards, four of which were presented in the program. Allyson Haley, a little weak on higher-range notes and more secure in the lower register, sang a very convincing “My Funny Valentine,” while fresh-faced Renee Gagner offered a very bouncy (sometimes a bit too much so) “The Lady Is a Tramp.” “Where or When” thrillingly sung by William Michals, one of the great baritones of the stage, also sang “Johnny One Note.” Michals’ excellent interpretation of the lyric gave this presentation of the one-note number richness and power, where so many who’ve tried their hand at it have simply rendered the tune roaringly (or shriekingly) annoying.

Michals’ special triumph of the evening was a tremendously poignant “The Last Time I Saw Paris” (Jerome Kern/Oscar Hammerstein II) infusing every word of the song with potency. Another baritone of consequence, Douglas Ladnier, offered an exceedingly lazily paced “Lazy Afternoon” (Jerome Moross/John Latouche), and was more successful with languorous pacing in singing a sensitive and evocative “Send in the Clowns” (Stephen Sondheim). On the distaff side, Jillian Lewis, who has a great sensibility for jazz phrasing, but also a tendency to over-sing a number, i.e., “They Can’t Take That Away from Me” (George and Ira Gershwin), proved to have a wonderful feeling for comedy, with a very funny rendition of “Queens” (Francesca Blumenthal). An elegant and heartfelt interpretation of “Smile” (Charlie Chaplin, John Turner and Geoffrey Parsons) was the province of soprano Francesca Capetta. Musical Director Ryan Shirar, provided lyrical piano accompaniment with great gusto.