So you think Richard III is a creepiest character you’ve ever seen onstage?  Or Iago?  Or Edmund, or all the other Shakespearean villains?  Wait till you meet Fred the bartender at The Jacksonian, the motel of horrors in Beth Henley’s hometown of Jackson, Mississippi.    He rivals Norman Bates in the legendary Bates Motel in Psycho.

Fred (played by a frightening Bill Pullman) is one of a collection of five fabulous, flamboyant characters in Henley’s blood-curdling black comedy, now being given a scorching on-line revival/reading as a fund-raiser for The New Group.

In a series of 12 suspenseful scenes, The Jacksonian offers a tantalizing tale of Mississippi murder and mayhem – told in a scrambled order over a six-month period (from June-December 1964).  In scene one, the night of the murder (December 17), we meet Fred at the motel’s ice machine, his hands covered with blood.  Thereafter, the mystery jumps back and forth in time, with so many plot twists and turns that your head will be spinning.  Those present at this macabre hotel include Eva (Carol Kane), the hotel maid, a delusional, drug-snorting Rabelaisian type who thinks she’s engaged to Fred (he gave her a ring which he “borrowed” from someone).   There’s also Dr. Perch (Ed Harris), a benign-looking dentist, who’s been living at the motel for months, separated from his wife Susan (Amy Madigan).  And there’s Rosie (Juliet Brett), Perch and Susan’s 16-year-old daughter, who narrates the tale, while trying to throw off the advances of that creepy bartender Fred.

The delight of this revival (if you call a black comedy “delightful”) lies in the performances of this marvelous cast of five, almost all of whom originated the roles in 2013 at the New Group.  (Glenne Headly, who died in 2017, has been replaced by the colorful Carol Kane).   As the psychopathic bartender Fred, Bill Pullman is mesmerizing – his beady, menacing eyes pierce right through your computer screen and into your psyche.  “Are you enjoying your baked Alaska?” he leers at the innocent Rosie, licking his lips like the Big Bad Wolf about to devour Little Red Riding Hood.  As Perch, Ed Harris gives a sly performance as a seemingly kindly dentist (“my specialty is gum disease and anesthesia – “I’ve given the lieutenant governor novocaine,” he boasts.) He’s supposedly fled from his mentally ill wife, whom he says he still loves.

But nothing is what it appears to be at The Jacksonian.  As it turns out, his wife Susan (Amy Madigan) has thrown him out – not only for physical abuse, but also for instructing her surgeon to perform an unwanted hysterectomy on her.  And wait till you hear about what this dentist does to punish one of his Jew-hating patients – owww!  Worse than the dentist in Little Shop of Horrors!  As Rosie, Juliet Brett (a Beth Henley look-alike) gives a touching performance of a daughter who hangs out at the motel, missing her father, hoping her parents will reconcile.  In summary, it’s a master class in marvelous character acting.

Originally directed by Robert Falls, the on-line reading features photos from the premiere production that capture its crescendoing theatricality – especially in the penultimate scene, when Dr. Perch the dentist and Eva get high on nitrous oxide and trash his hotel room, among other things.

This noir thriller offers not one but two murders – one onstage, one offstage.  The former is yours to discover.  As for the latter, Eva informs us of an elderly black man who has been accused of robbing a cashier at a local Texaco station and shooting the cashier.  (Guess who really did it?)  Spewing venomous racist expletives and quotes from KKK leaflets, Eva keeps us informed about the case’s progress, as the wrongfully accused awaits execution.  Eva also refers to a recent firebombing in a nearby black church.  As playwright Henley herself explains in her moving introduction to the reading, she wanted to write about the “violence and madness that racism breeds in a community” – namely, the one she grew up in.

This revival is not only a celebration of fine acting.  It’s also a reminder of Beth Henley’s masterful writing (she won the Pulitzer in 1981 for Crimes of the Heart.)  Henley’s Southern Gothic matches Martin McDonagh’s  “Irish Gothic” in exotic local atmosphere and the threat of violence and madness, laced with a wacky wildness.  As in McDonagh’s plays, Henley’s characters are both products and prisoners of their environment.  Says Susan, naively, of her fellow townsfolk: “The people here are kind.  Why would they want to leave?”  Replies Fred, chillingly:  “They don’t.”

The Jacksonian by Beth Henley, originally directed by Robert Falls, an on-line reading for The New Group, streaming on the theatre’s website www.thenewgroup.org 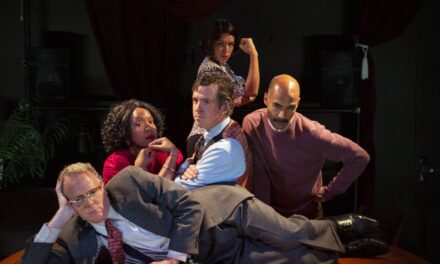 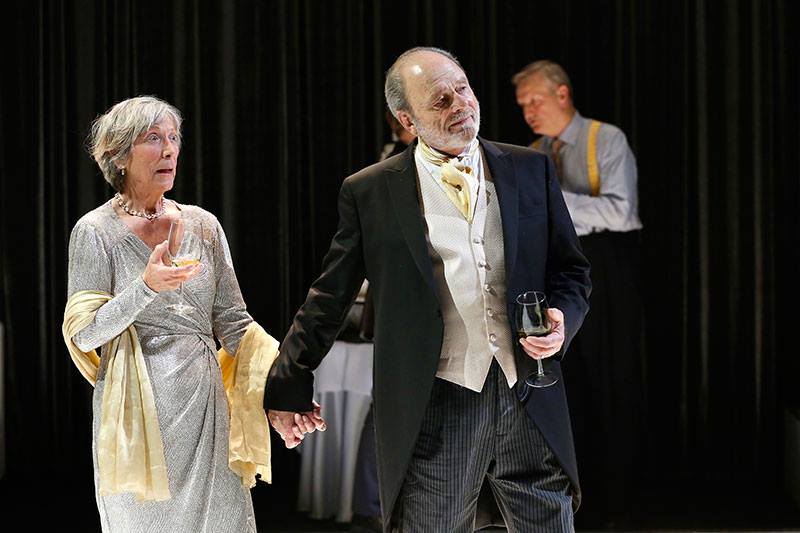 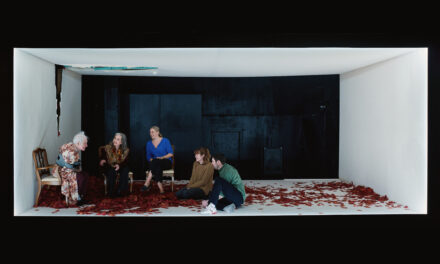