The Lights of Broadway Showcards 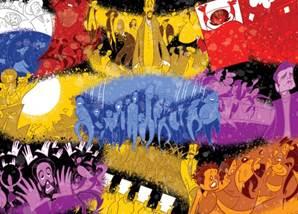 The Lights Of Broadway Showcards™ pay tribute to the new and notable on Broadway, as well as the legendary and revered. Actors and actresses, writers, directors, designers, personalities, organizations, theaters and related locales, theatre lore, traditions, and tall tales. Each card comes with fun facts to learn and share, highlighting the stuff that makes this vital, collaborative, and exciting art form thrive. New editions are published semiannually.

In addition to the core cards, the 2021 edition also contains a rare roster including additions to the Ensemblist, Golden Age, If It Only Runs A Minute, and Broadway Up Close Theater card series. To view all of the cards in the 2021 edition and to purchase, please visit thelightsofbroadway.nyc.