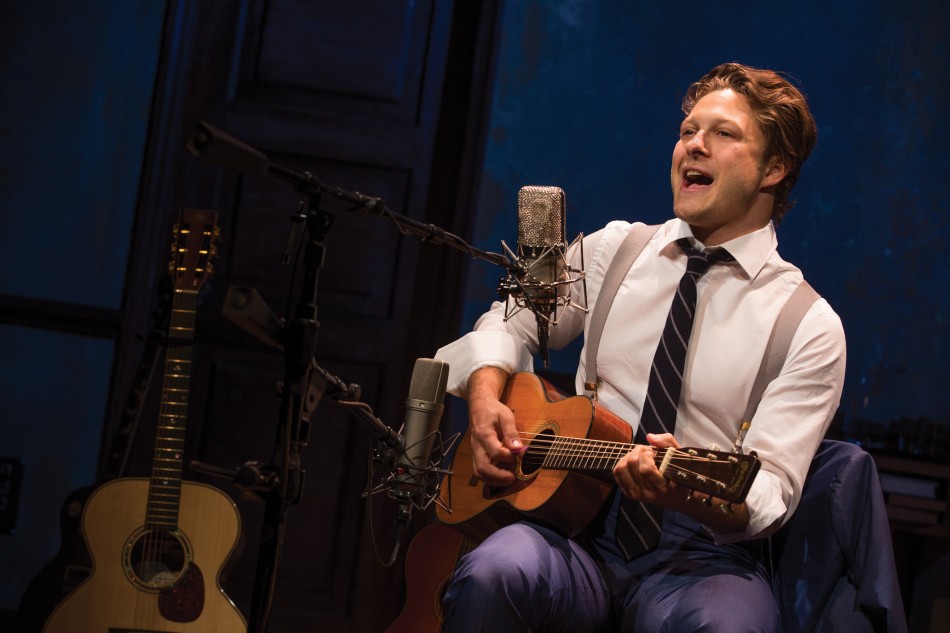 A touching, if slightly self-indulgent, musical voyage through the life of a talented young musician. 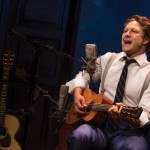 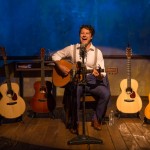 Benjamin Scheuer has an open face, a shock of wavy hair and a pleasant voice plus two very skilled hands.   He uses all these assets to pour out a series of heartfelt songs that tell the story of his life, from strong-minded kid to the man scarred and molded by heartache and illness. His guitar playing is agile, if not downright virtuosic and his singing earnest. The title comes from a childhood song about grasshoppers, owls and lions, the latter stand-ins for Scheuer and his brothers. His songwriting style is a mix of folk and soft rock, with sophisticated key changes and dramatic musical flourishes, all played with a deftness made all the more remarkable as he shifted from one sized guitar to another as his tale required.

Sitting in a set defined by distressed walls, some chairs and multiple guitars, Mr. Scheuer began telling his story in song, beginning with a sweet tale of a cookie tin banjo his father made for him, his first attempt at making music, hoping to be as good as his dad. His intellectual parents gave him a great deal of leeway, perhaps too much. When, as a headstrong teenager his grades slipped and his dad refused to let him go off on a high school band trip, he rebelled, leaving a nasty note for his father. Unfortunately, his father died just after that leaving Scheuer to nurse grief, guilt and a deep sense of frustration that he would never learn to play like his father.

After his father’s untimely death, Scheuer’s mom, English by birth, moves the family to Great Britain where he gets into adolescent trouble with his schoolmasters for playing electric guitar. The specter of his father never leaves him, even as he returns to New York where he meets Julie (“You’re Different, but Loving You will Be Easy”) and falls in love. His love affair has ups and downs but ends on a sad note, just as he discovers that he has a rare cancer. His family comes from England to care for him. He sings explicitly of all the physical repercussions of his disease.

His recovery process allows him to re-discover not only his family, but himself, leading him to many revelations (“When This Thing is Over”), including finding his own identity. He ends on a touching note that finally acknowledges his deep love for his dad and, not incidentally, his musical talent which saved him.

The intimate Lynn Redgrave Theater is a perfect space for The Lion allowing the audience to read the myriad expressions on Mr. Scheuer’s face and hear every nuance of his musical artistry. Though some of the more intimate confessions are a bit difficult to take, Benjamin Scheuer’s ardor is honest and straightforward going straight for the gut. 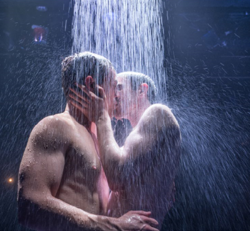 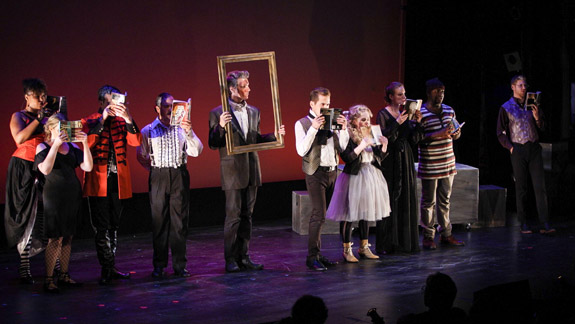 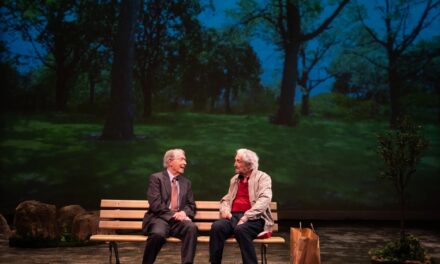 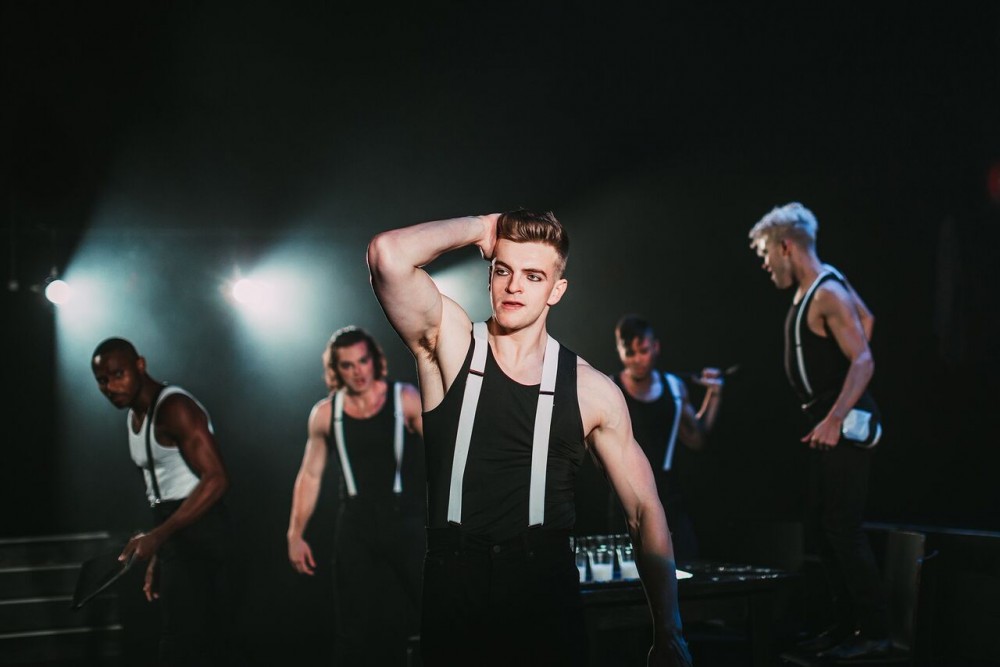