For an uplifting journey into the realms of fantasy and delight, see the titular Broadway production of The Little Prince, based on the classic 1943 novella by Antoine de Saint-Exupéry. This immersive spectacle is currently running at the Broadway Theatre. The presentation recalls the whimsey of childhood when beauty, wonder and magic roamed free in our imaginations, despite the outside world’s ugly intrusions of reality. This touring international version by French creatives making their Broadway debuts will run until August 14.

Directed and choreographed by the superb Anne Tournié, the production excites visually, with fancifully attired acrobatics, aerialists and balletic dancers gracefully flying, tumbling, gyrating and spinning against the backdrop of lovely and symbolic video projections. Accompanied with original musical compositions by Terry Truck and a libretto by Chris Mouron (also co-director), The Little Prince should be seen especially if one is enamored of de Saint-Exupéry’s work. If one is not, one should be after seeing this fantastic, one-of-a-kind show (the exception being a few snarky critics).

The presentation offers a mystical, multi-layered interpretation of the key figure (the fabulous aerialist/dancer/ Lionel Zalachas), as he relates his story of discovery to The Aviator (Aurélien Bednarek-Dance Captain), as narrated by the dramatic, musically voiced Chris Mouron. Indeed, Mouron expertly conveys a tone of ethereality with breathy lyricism. She drives us into the supernal action (Act I includes 11 numbers, Act II includes 9) and leads our emotions with her thrilling narration which, with a few exceptions, is faithful to the text of the novella.

After the Aviator crashes in the desert with only eight days of water left, he meets the Prince. The narrator discusses how the Prince introduces the Aviator (who remains silent as do all the dancers, etc.) to his planet, explaining how he keeps it clean and free of weeds. As our Prince relates his story (via Mouron’s narrator), we gradually learn who he might symbolize.

Tending to his planet, the narrator tells us that one day, the Prince notices a different herb among the weeds: it is a Rose. The narrator explains how The Rose (Laurisse Sulty) grew from a seed to a simple flower. The Rose’s costume is picturesque and colorful. As she dances and seduces the Little Prince, he falls in love, and they reveal their attachment to each other in a stunning love dance. Their aerial duet on ropes in which they say their “goodbyes” is breathtakingly beyond words.

True to the novella, following a migration of birds, the Prince leaves her and his planet and engages in a voyage of discovery to other planets where he meets various human beings. These display facets of human nature symbolizing a continuum of human characteristics. In Act I these symbolic representatives include The King, The Vain Man, The Drunkard, The Businessman (who is not useful to the stars), and The Lamplighter whose troupe performs the spectacular, “Ballet of the Lights.” In Act I as in Act II, all of these representations are colorfully, vibrantly, uniquely displayed and the dances and aerial movements are vitally, memorably expressed.

One of my favorites, reflective of our times, is the Vain Man (Anthony Cesar). Cesar’s agility and acrobatic, break-dancing skills are exceptional. The Vain Man is equipped with a phone and takes selfies in between his flips and dancing. Meanwhile, the narrator proclaims his mantra “I am the hottest, I am the best-dressed, I am the richest on this planet.” Of course, the Prince is bored, because the Vain Man is the “only one” on his planet. Indeed, obsessed with himself, he is gratified his act is solo, because he is his own admiring audience. The irony is acute, and it is certain that the Prince, who seeks friendship and wisdom, will find neither in his presence.

Speaking to the addictions of the age, The Drunkard (Marie Menuge), careens about the stage dancing in a fogged, stumbling state. Her double, using a Cyr wheel, reveals how addiction is an encircling trap where one goes round and round. The song in French well explains the Drunkard’s dilemma as the Prince takes it in and tries to understand, asking questions. He discovers that the Drunkard drinks to “forget,” that he’s “ashamed” of drinking. Thus, the more he drinks to forget, the more he drinks and is ashamed. With no chance of friendship with the Drunkard who has no room in his circularity for anyone else, The Little Prince moves on to encounter other planets and representatives.

The variation in the dances as the Prince arrives at the various planets in both acts is coupled with the aerial numbers performed on ropes. These are incredible. In Act 2 after the Prince arrives on Earth, he encounters The Snake (Srilata Ray). She is costumed in clinging vibrant red and sports a gold face. Her movements on the rope are mesmerizing,

Of course, the daring performances of the aerialists choke off one’s breath in anticipation. The accompanying music and the projections, some Fantasia-like, add to the magic and the heart-stopping moments. Mouron’s well-configured narration and songs are symbolically placed throughout. Particularly heartfelt and haunting is “The Song of the Little Prince.”

Not only do the audio/visual effects dazzle, so one might not glean everything offered at the first viewing. The affective beauty lingers long after the lights come up and the applause finishes. This is a dulcet, meditative presentation to be savored thoughtfully and sensorially. It is meant to be experienced and is not easily given over to description.

The Little Prince. Open run at The Broadway Theatre (1681 Broadway, between 52nd and 53rd Streets). www.thelittleprincebroadway.com 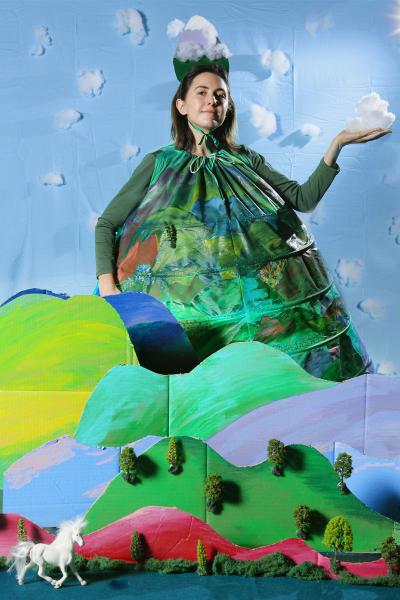 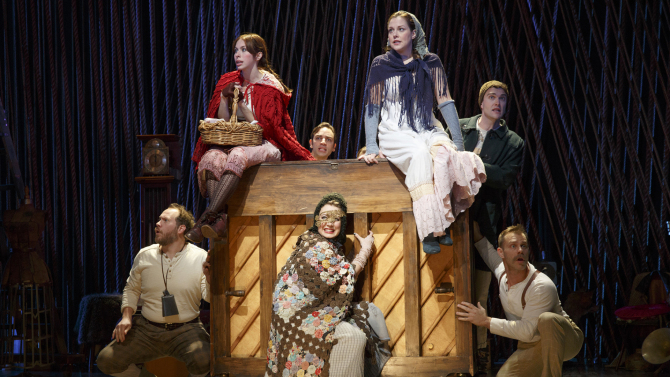 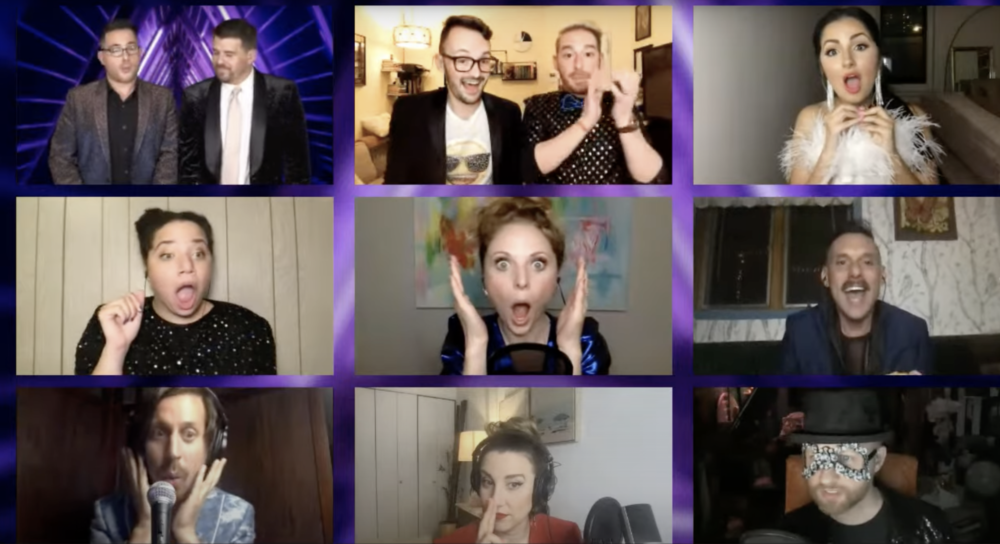