Make your Thursday’s start with a laugh, by indulging in some out-of-left-field comedy by award winning writer Eugene Pack.

Pack is mostly known for creating the long running Off-Broadway comedy show, “Celebrity Autobiography” in which he also performed.  His skills easily transfer to these entertaining weekly episodes and are an experience not to be missed.

Pack’s previous Drama Desk Award and Bistro Award for Comedy are certainly well deserving, as he churns out these weekly “radio dramas” in the form of podcasts.  Each runs for around 20 minutes or less, and yet the talented Pack manages to create unique stories that immediately engage the listener, quickly provide situation and characters, with twists that reward the listener with great satisfaction.

There is no shortage of big name acting talent bringing these characters to life in The Pack Podcast Episodes.

In “Sea Cows;” a grieving widow, played by Lainie Kazan and her nosy long time friend and neighbor Renee Taylor, are dealing with the detective, played by Tim DeKay, who is investigating the death of Kazan’s husband whose demise came in the form of death-by-newspaper-on-the-head.  But there’s another mystery in the neighborhood; the invasion of Sea Cows.  These grotesque large and intrusive Manatees, also known as sea cows, have been encroaching onto the shores and front yards of the elderly residents of Florida who now fear them.  Pack takes the bold risk of presenting the parallel  viewpoint that such industry legends and lovable divas Lainie Kazan and Renee Taylor should play characters that are akin to such mischievous Manatees.

In “Genius” the less tech-savvy of listeners will feel nothing but empathy for characters Art and Mary Alice, while reveling in the performances of George Segal and the glorious Marsha Mason.  Milo Manheim as Clarence, the genius assigned to the couple to explain how their computer works and find their supposedly lost vacation photos, steps up to the challenge.

Other industry favorites we love to love, do not disappoint and get the opportunity to play perhaps outside of their type-cast comfort zone, like Sherri Shepherd in “Hold” and Diedrich Bader in “The Manuscript” and Cheryl Hines in “The Munchkin.”

In “The Card” those of us who have ever worked in an office may find themselves relating a little too strongly, but as you cringe or slap your own forehead, you can’t help but smile and suppress a giggle.

Lainie Kazan and Sheri Shepherd show up again for “April in Paris” as do Tate Donovan, in a slightly twisted, yet sentimental romance.

Pack has enlisted an amazing pool of actors to create his own ensemble to play different parts in different episodes.  You’ll also get to enjoy the talents of Blair Underwood, Dayle Reyfel, Rob Morrow and the lovely Constance Forslund.  The list of favorite actors is bountiful and every week holds a new surprise to enjoy.

Pack’s writing is punchy, reveals character nuances quickly and entertainingly, and knows how to move the story along.  Tune in and enjoy these weekly podcasts, that certainly do Pack a punch. 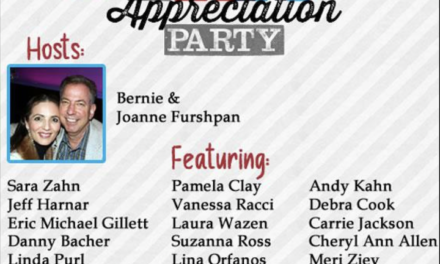 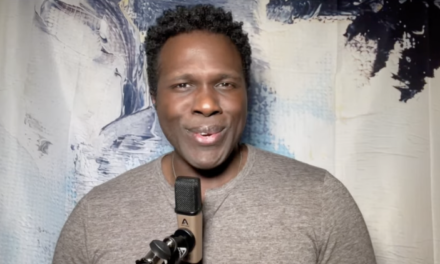