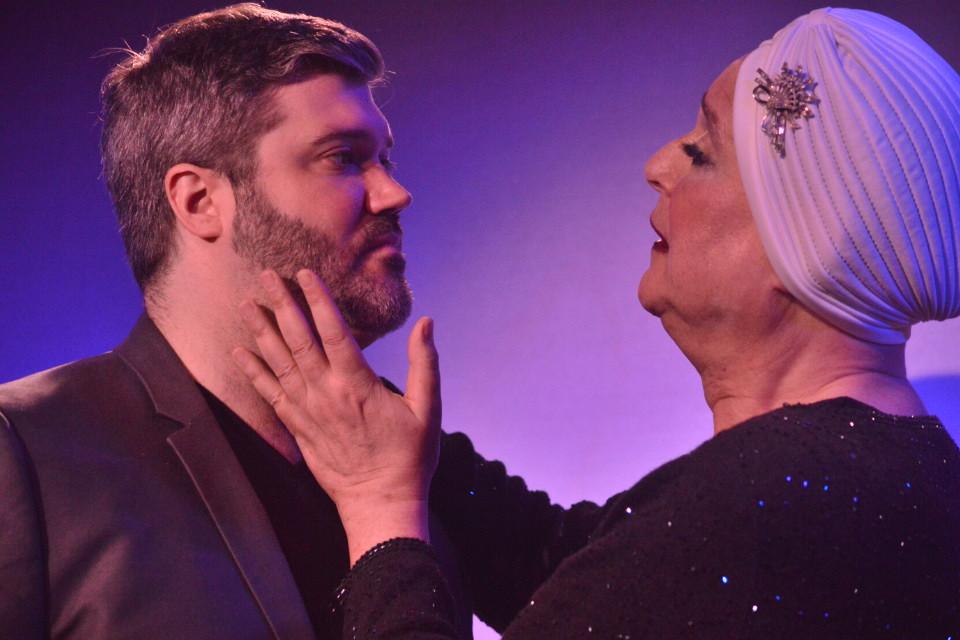 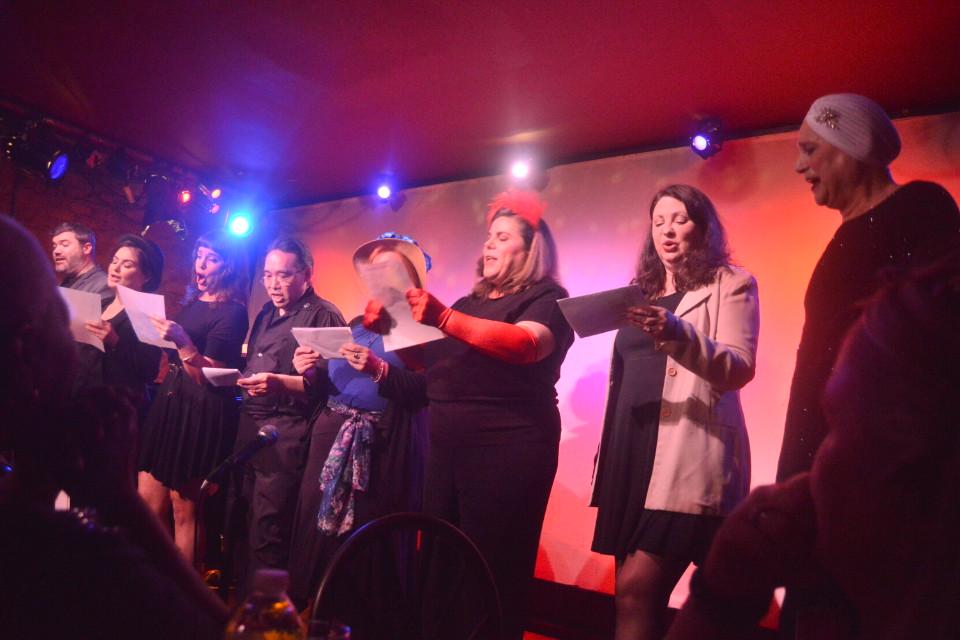 Once again, you must pardon my redundancy. I know I say this every month but truth is my defense. But this month it’s absolutely and utterly truer than ever! The May 31 edition of Ricky Ritzel’s Broadway which completes the first three years of this super-worthy, intensely informative, entertaining and multi-award-winning, blissfully ongoing series, was even better than its April 2019 previous best which was better than its previous best in March … Or as the Holy Father might chant in Latin if he ever attended any RRB’s at Don’t Tell Mama — ad infinitum.

One might well ask how can that be? The answer is simple. It is what it is. And after three years of good, better, bests, the performances of Maestro-cum-orchestra-cum-theatrical yenta extraordinaire and his More Than Ready for Primetime Players edges a few scintillas closer to absolute perfection.

Harrumph! And they said it wouldn’t last! So never pay any heed to the opinions of strangers.

What makes each show better? Everyone improves from month to month as they become more in sync with the venue and their appreciative, devoted fans. The singing was wonderful from day one, but the acting has gotten more fluid. The costumes which started with tacky wigs now have moved up to more imaginative and subtle head coverings. The turban festooned with an Art Deco pin … the scarlet feather crownette… the broad-brimmed straw hat … define the characters, establish the setting and supply all the regalia any singer could desire. 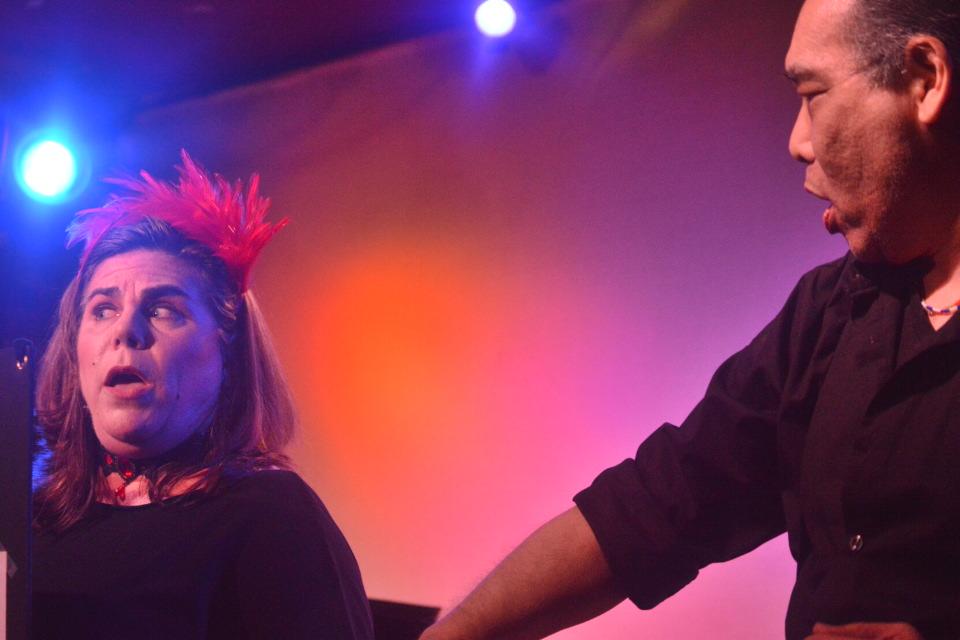 The three musicals chosen by Ricky for de-and re-construction covered an impressive geographic range from Hollywood, CA to Mira in France to Cloisterham Cathedral in the UK. No one but Ricky would have the chutzpah to meld such a mishmash. Ricky, (delighted at weighing two-and-a-half stone less), opened the night with a work I thought he would have chosen for the finale: Andrew Lloyd Webber’s Sunset Boulevard, packed with lush romantic melodies’, very Warner Brothers, pre-WWII.

Jon Satrom, the irresistible William Holden-ish leading man as literary gigolo Joe Gillis, Hollywood handsome with a hint of a beard, impeccable denim blue jeans and a perfectly fitting grey sharkskin jacket strode on stage and uttered the classic phrases, “Aren’t you Norma Desmond? You used to be big!” and heard Norma’s soaring indignant response, “I’m still big. It’s the cabaret rooms that have gotten smaller,” from the lips of Sidney Myer, who turned “With One Look” into a tender remembrance of things past when Norma’s beauty was power! Wow!

FYI I just listened to Mrs. James Brolin warble that very song on my iPhone and she sounded a lot more whiney and nasal than Sidney. “With One Look” may be out of Mrs. Brolin’s range but it’s still in Sidney’s. He’s considerably younger and dare I say thinner. Dare we dream that he and Ricky will tackle Fanny Brice.

Sidney was attired in slinky black slacks and a sparkly shirt, the aforementioned white turban and an appropriately made-up to look harried face that presented Norma as she might have appeared 20 years after the Wilder film. We all know how charming Sidney is, but as Ms. Desmond, Sidney was a study in misery — an actor down to his DNA playing a has-been desperately longing to come back. The fact that Sidney and Norma had been born with different genitalia was immaterial. Sidney is an outstanding actor. You never doubted that he was she.

In “The Perfect Year,” a duet between Sidney Myer and Jon Satrom, Ms. Desmond is more hopeful about the coming year than Joe Gillis, who feels trapped in her past on Sunset Boulevard. By the time Sidney completed the last notes of “As If We Never Said Goodbye,” tears were trickling down the cheeks of people with both male and female genitalia. When I asked what had made him consider playing Norma, he just smiled, shrugged and said, “It was Madame Ritzel’s idea. 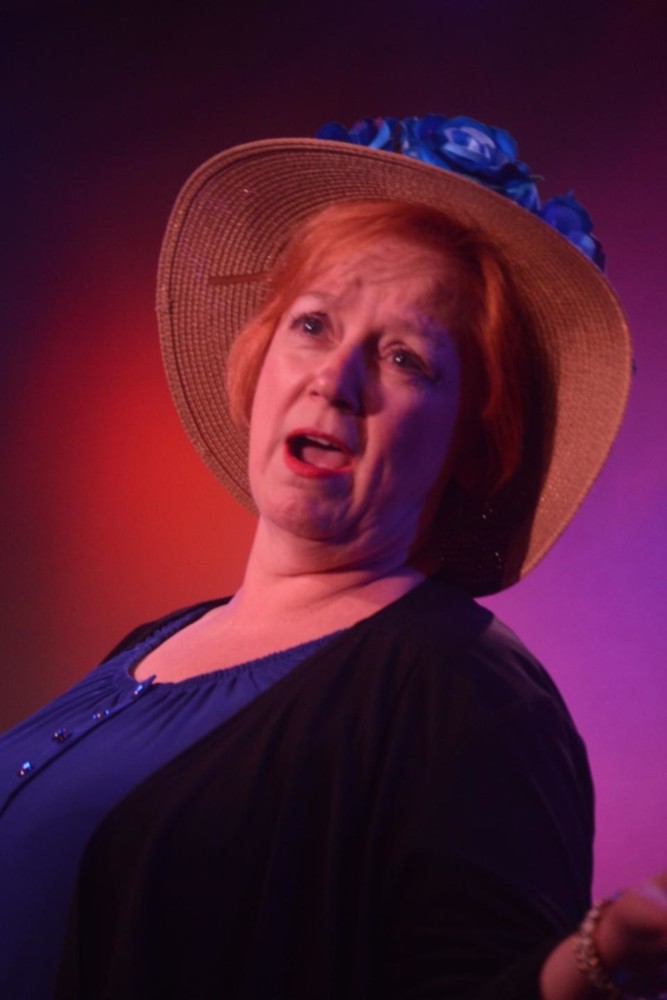 Talk about charming, the second musical, Carnival, which ran on Broadway for almost three years, was based on the most charming and sentimental film ever made, Lilli with Leslie Caron as a small-town girl from Mira who stays long enough at the fair to believe the puppets she works with are real. Janet Finale in a broad-brimmed fresh straw hat, a short skirt and a blue French schoolgirl’s coat, a costume that made you love her, was an exuberant delight singing about her first bus ride from “Mira” and the show’s theme, “Love Makes the World go Round.”

Jon Satrom was perfectly masculine and besotted with love. Gretchen Reinhagen was, as always, hilarious in a black suit and a red feathered topper who sang “Humming,” which he constantly does while she seethes because she’s sure he’s cheating. Her song of reconciliation was another showstopper which she sings with Aaron Morishita during their magic act in which he cuts her in half by inserting his sword in her “magic box” perched in her lap.

The Mystery of Edwin Drood was based on an unfinished book by Charles Dickens which was finally completed and made into a play by Rupert Holmes. It has too complicated a plot to include here. The three women who sang its four songs should each be a Tony winner. Laura Pavles was the first. Tara Martinez, 2019 Mac Bar Singing Entertainer and Teresa Fischer, 2019 Mac’s Hanson Award Winner, shared center stage. Teresa Fisher’s wry warning against the paucity of “The Wages of Sin,” explained how she got where she was: Before I said I do, I did. 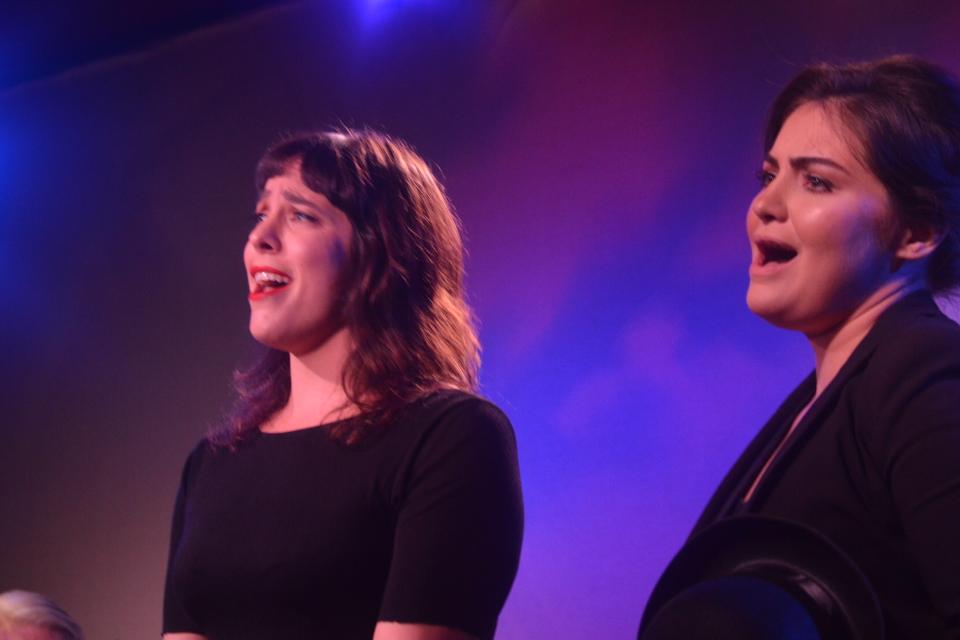 Laura Pavles soloed on “Moonfall,” Tara Martinez sang “Writing on the Wall” alone and then Laura and Tara shared “Perfect Strangers” which had a very Weimar Cabaret ambiance re who was masculine and who was feminine. Hint. Masculine applied to the one holding the bowler hat at the time. It was a tour de force.

Jay Rogers and Aaron Morishita did a sensational job of directing. I’m looking forward to next month

See you next month at Ricky Ritzel’s Broadway on Friday Night 6/21 at 7 pm at Don’t Tell Mama’s. It’s a show I never want to miss.