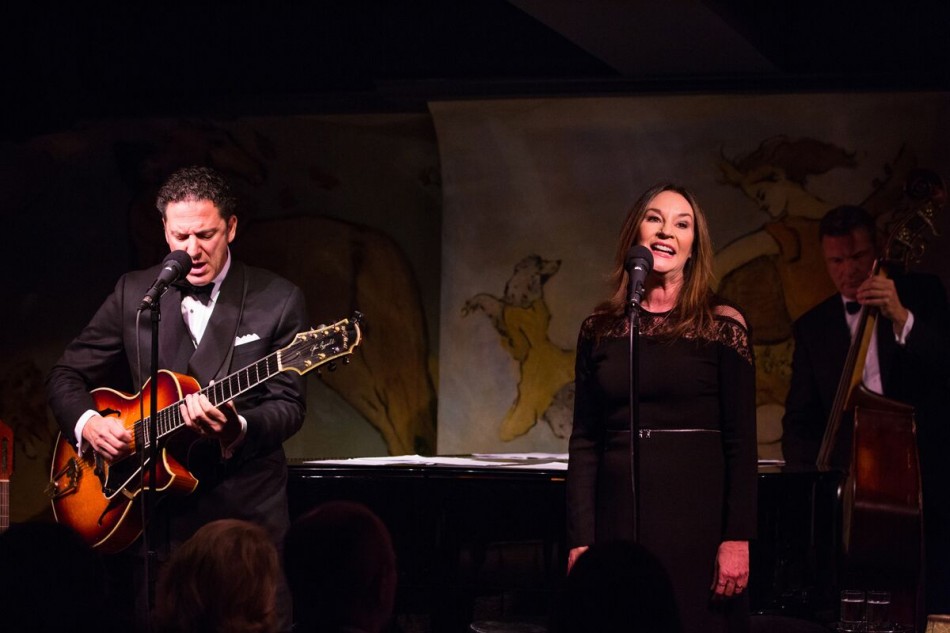 The famed husband and wife duo John Pizzarelli and Jessica Molaskey returned for their annual fall pilgrimage to The Café Carlyle for a four- week engagement in “My Generation.”

John Pizzarelli, is a world-renowned guitarist/singer and hailed by the Boston Globe for ““reinvigorating the Great American Songbook and re-popularizing jazz.” Jessica Molaskey, his wife since 1998, is a singer/songwriter and veteran of more than a dozen Broadway shows. These two different musical sensibilities, musical theater and jazz, combine in their latest show “My Generation,” and it makes for a brilliant evening of songs and patter. Neither could recall how many years they have been doing their annual pilgrimage at The Cafe Carlyle, this prestigious and warm venue, but whether it has been 8 or 9 years, John and Jessica will be there again for four weeks through November 28th with the remarkable trio backing them up, Konrad Paszkudzki on piano, his younger brother Martin Pizzarelli on double bass, and Kevin Kanner on drums. 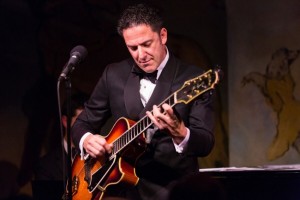 “My Generation” features songs post 1963 written by legendary singer/songwriters such as Paul McCartney, Paul Simon, Billy Joel, and Joni Mitchell, yet also several musical theater songs by Stephen Sondheim and Kander & Ebb. The show opened with the amusing “Buddy’s Blues” from Follies sung as duet, which demonstrated the playful way this long-married couple relate to each other. John has a charming relaxed manner on stage and his funny stories feel spontaneous and improvised. Jessica is the perfect foil, singing backup and solos and filling in the history of the songs that influenced them as they both “grew up in a remarkable time in the theater.”

“Silly Love Songs” from John’s latest CD Midnight McCartney features Sir Paul’s music, as John scatted beautifully on another McCartney song “Coming Up.” Jessica shone on a lovely version of Joni Mitchell’s “Both Sides Now” and on a lesser-known song “Isn’t He Something” from Sondheim’s Wiseguys (a show that she performed in). A lovely moment  was “Oscar Night,” by Oscar Peterson, as John’s tribute to his long time pianist Ray Kennedy who passed away in May. John displayed his virtuoso guitar stylings with a solo of “Send In The Clowns” and dazzled the audience all through the evening with his musical talent. The show ended with the optimistic and iconic “Here Comes The Sun,” written by George Harrison for The Beatles, the group that changed the direction of popular music and influenced generations. The appreciative Café Carlyle audience gave John and Jessica a well-deserved standing ovation for this exceptional show.