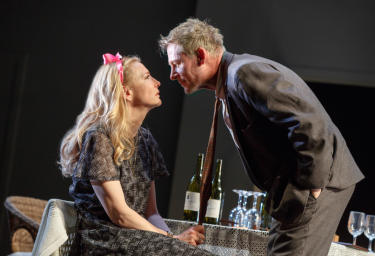 You don’t usually expect fireworks when you go to a Chekhov play. Devoted theatregoers have come to anticipate little action, lots of talk, and a languor that possesses all his characters.

So be prepared to be amazed by The Present, Andrew Upton’s vibrant new adaptation of Chekhov’s early, untitled work commonly known as Platonov. There are fireworks aplenty – both literal and emotional – generated by Upton’s wife and leading lady, the magnificent Cate Blanchett, along with the splendid Sydney Theatre Company, in a version that captures the youthful exuberance and farcical energy of the young Chekhov (he wrote the play while in medical school, at the age of 21). Upton has transposed the original setting to Russia in the 1990s. Aside from that updating, he’s pared down the cast size but remained faithful to Chekhov’s plot (no small feat, since the original sprawling manuscript was 134 pages long with 20 characters, and its tone careened wildly from farce to melodrama to tragedy.)

The story pattern is similar to those found in Chekhov’s later, mature plays. Set in the Russian countryside, there’s the lady of the household, Anna Petrovna (Blanchett), her coterie of friends and family, and a group of visitors who arrive and shake up the status quo.   In this instance, these catalysts are Platonov (Richard Roxburgh), a schoolteacher suffering from a massive mid-life crisis, and his warm-hearted (but unglamorous) wife, Sasha (Susan Prior). As it turns out, Platonov is an unlikely Russian Don Juan, and soon has three other women (including his hostess) making love to him in the course of the play (compressed into the twenty-four hour period of Anna’s 40th birthday celebration).

The treat of the production is scene two following Anna’s birthday luncheon in the summerhouse, during which a huge amount of vodka is consumed, and a shroud of Chekhovian gloom settles in. “Fate has played a joke on me. I haven’t moved from the spot in 20 years,” moans Platonov. But Anna won’t allow it. She grabs a gun. “Let’s play truth or dare! I am SO BORED!” she cries, shattering the silence with a shot that blasts everyone out of their ennui. She flashes a detonator, saying she’s attached it to the fireworks for the evening’s entertainment. “The whole place is charged, ready to blow!” shouts Anna, threatening to push the button. Instead, the partygoers themselves explode, and a wild bacchanal ensues, staged fabulously by director John Crowley. Anna’s fireworks (which eventually go off) set off a chain of seductions that turn the party topsy-turvy. Scene three features a suicidal Platonov, alone in the fog, beset upon by one woman after another (including his devastated wife). “It’s so hard to do what you really want in life,” says Anna, goading them all on to break the mold. This hilarious, heartbreaking scene induces that special combination of laughter and tears for which Chekhov is so noted.

As for Cate Blanchett – a stunning actress of great charisma and daring – you simply can’t take your eyes off her, as she stirs up everyone’s passions, including her own. Richard Roxburgh is a splendid Platonov – an Uncle Vanya in the making – mourning his unfulfilled life, and making us laugh at his foolishness. As Sergei, Anna’s cuckolded son, Chris Ryan evokes another mixed moment of laughter and tears as he begs Platonov, who has just bedded his new bride: “Give her back! She’s mine – you don’t even want her anyway! I beg you from the bottom of my smashed life.” The rest of the ensemble is stellar.

Meanwhile, surprisingly, there are two other high-profile versions of Platonov playing this season.   In London, Platonov, David Hare’s version, played at the Royal National Theatre, while Michael Frayn’s Wild Honey is currently running at the Hampstead. Andrew Upton’s version will be remembered for capturing the comedy of life, an essential Chekhovian ingredient so often missing in productions of his later plays.

“The present – what do we do about it? asks one character.

“Embrace life!” cries Anna. “Go where it takes you! Bring it on!” The young Chekhov would have approved.

The Present, Andrew Upton’s adaption of Chekhov’s Platonov, directed by John Crowley, at the Barrymore Theatre. 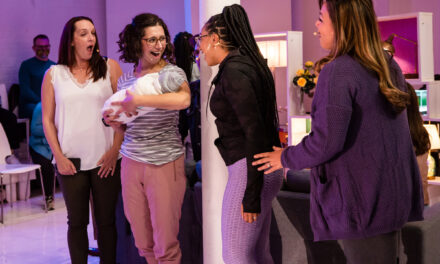 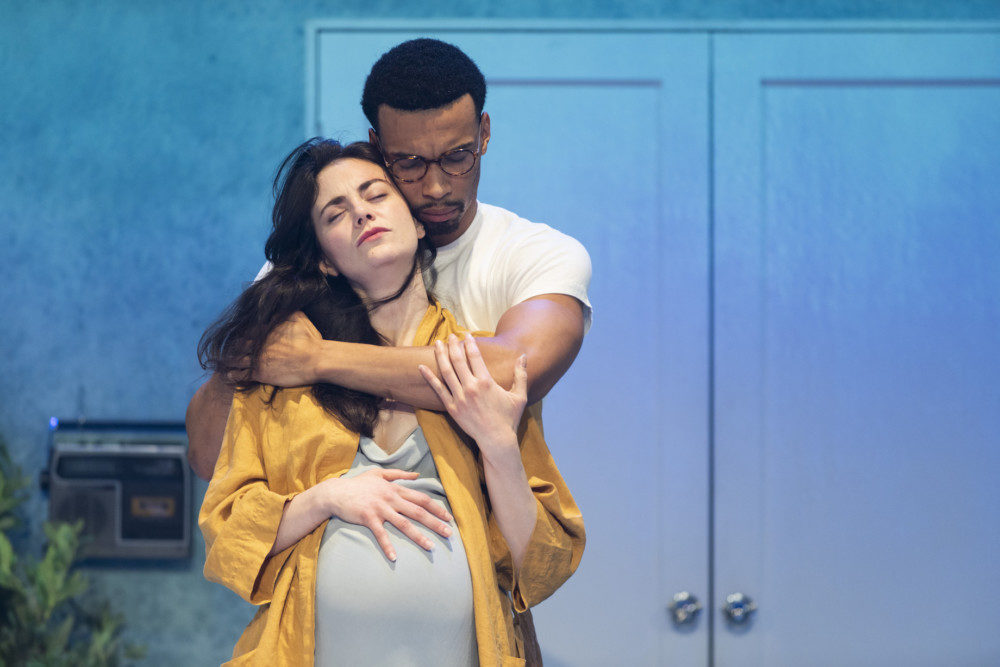 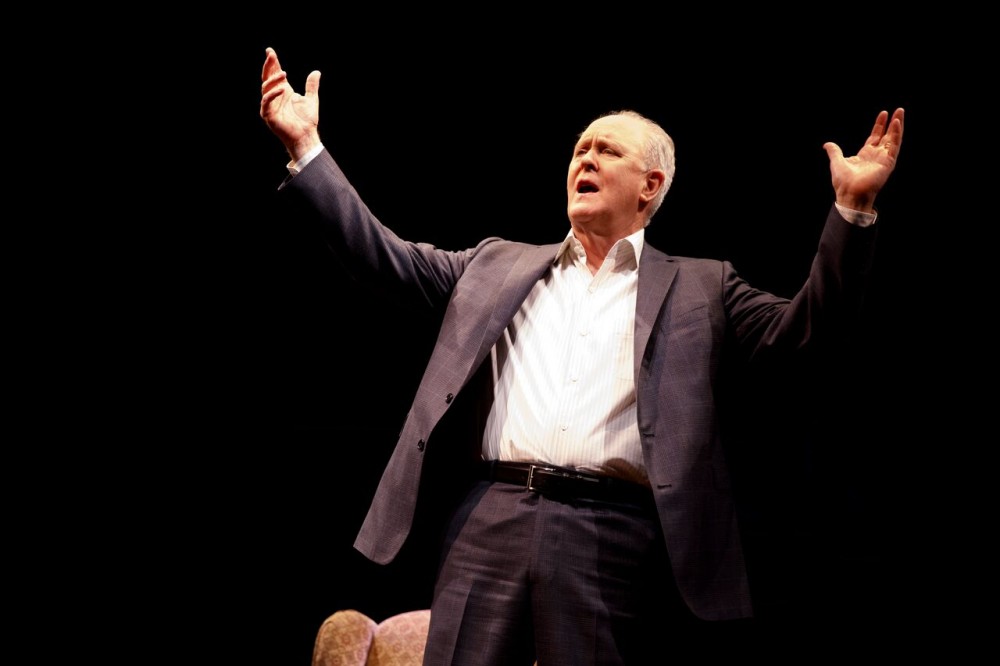