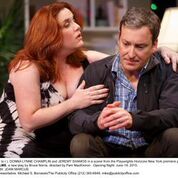 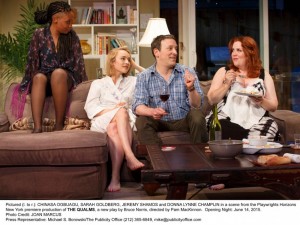 The quintessential party pooper. That would be Chris, played with prickly precision by Jeremy Shamos, in Bruce Norris’s The Qualms, at Playwrights Horizons. A guest at a get-together on the coast of Suburbia, he won’t rest until he’s ruined everyone’s good time. Uptight, insecure, defensive, offensive – he’s in especially good form because he’s learned his pretty wife Kristy (Sarah Goldberg) recently had lunch with an old flame and lied to him about it.

Chris and Kristy are one of four couples at a very special kind of party, and we’re not talking Tupperware. They’re at a partner-swapping soiree, a sport at which the other three couples are seasoned pros, while they are swinger rookies. Being new to The Lifestyle, they’re understandably nervous at first, but Kristy gradually settles in. Chris does not. On the contrary, he becomes more and more squeamish – and hostile – as the evening progresses. He leaves, only to come back to apologize, only to get more contentious and dig himself even deeper into a pit of alienation.

It’s a rare party-pooper who can actually destroy an entire party. But Chris is no slouch; he handily enters that rarefied realm. Shamos is wonderful. His character may be out of control, but he is very much in charge, pulling the trigger as Chris shoots himself in the foot again and again.

Of course, the playwright has given him crackerjack material to work with. The dramedy is characterized by crisp dialogue, peppered with a modicum of playful physicality. A case in point is Chris’s interaction with Regine (Chinasa Ogbuagu), who purrs like a pussycat in her efforts to seduce him, slapping him in the face at regular intervals while she does so. Chris doesn’t think so, but it’s slyly comic.

And then there’s Ken (Andy Lucien). A strikingly handsome black man married to Deb (Donna Lynne Champlin), a somewhat older, seriously overweight white woman. He gives off a gay vibe that announces itself as soon as he enters the room. Not flamboyant, not effeminate, just gay. Yet he claims to be straight, and his wife backs him up. Chris doesn’t believe him and is dismissive, then scornful, then downright insulting to him.

Norris, whose Clybourne Park won both the Tony Award and the Pulitzer Prize, has a gift for creating characters who begin innocently enough but evolve into borderline sociopaths. We see their dark side, but only after we’ve seen their light side, so we cut them a little slack even as we’re appalled at their conduct.

In The Qualms, Chris is initially likeable, just a little apprehensive about the experience that awaits him. In the course of the evening his insecurity gets transformed into spleen aimed at the other guests. He’s not comfortable, so everyone else must be wrong. Every once in a while he sees that he’s acted badly and tries to repair the damage. But then someone says something he considers an affront; he gets all agitated and goes back on the warpath.

Pam MacKinnon’s direction is virtually unnoticeable, her touch is so light. She lets Norris’s well-constructed work unfold on its own, or at least that’s how it seems.   Her casting is impeccable and includes two actors she directed in Clybourne Park, Shamos and Goldberg. The finely tuned ensemble is of a piece, distinct voices singing the same song.

Todd Rosenthal is to be applauded for his rendition of hosts Gary (John Procaccino) and Teri’s (a delightful Kate Arrington) living room. Hardly luxurious, it bespeaks reasonable taste on a reasonable budget, pinpointing the couple’s socioeconomic niche.

The Qualms has a lot going for it, but its greatest asset is Norris’s keen powers of observation. He doesn’t judge; he simply shares what he sees. He doesn’t pretend to know the answers, but he sure knows how to pose the questions. 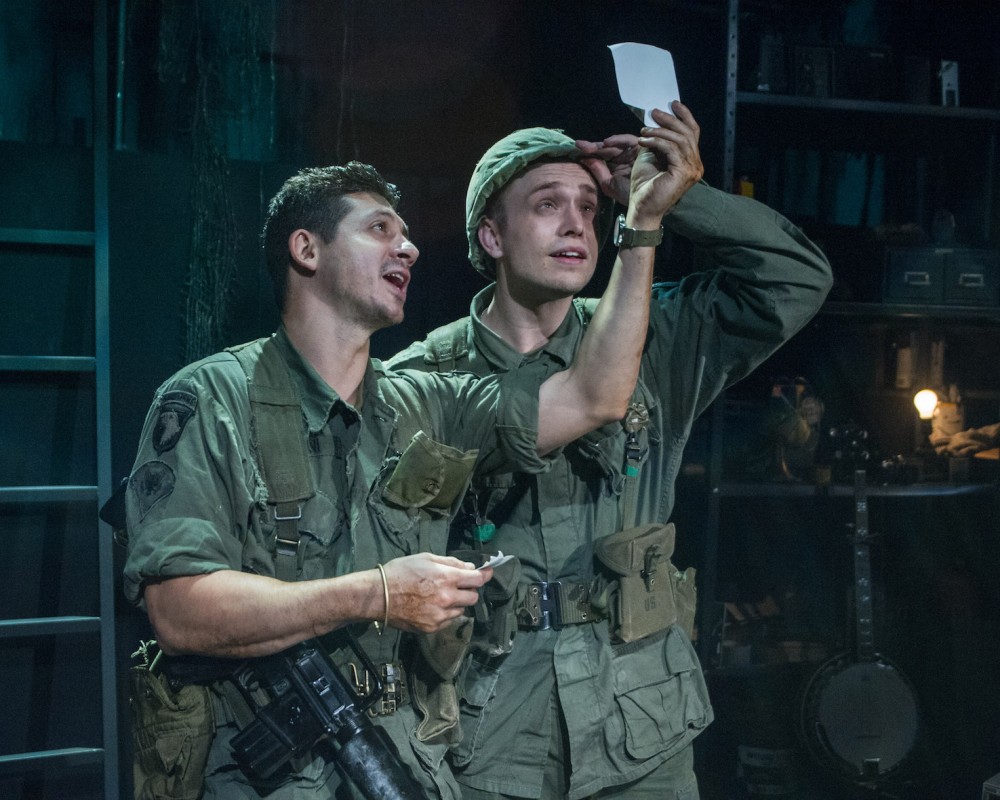 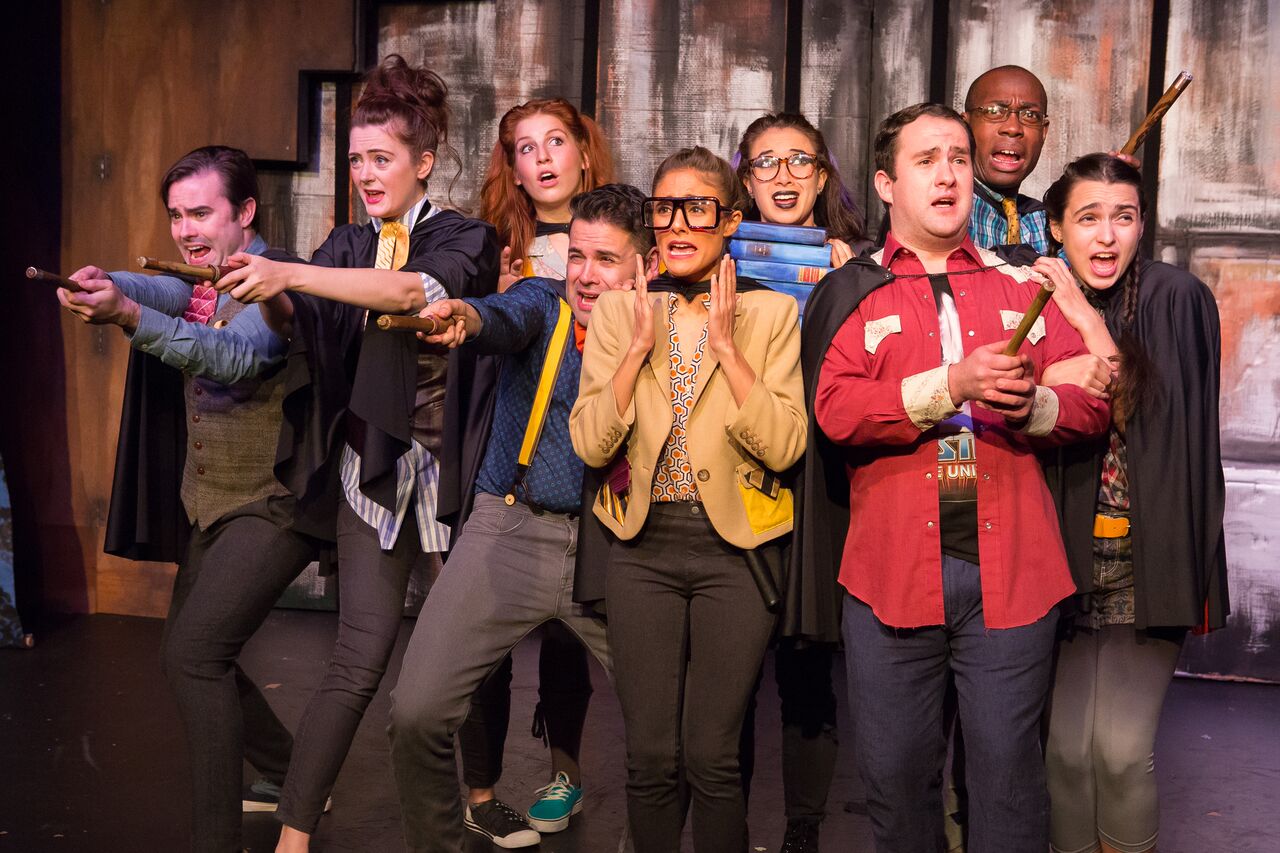