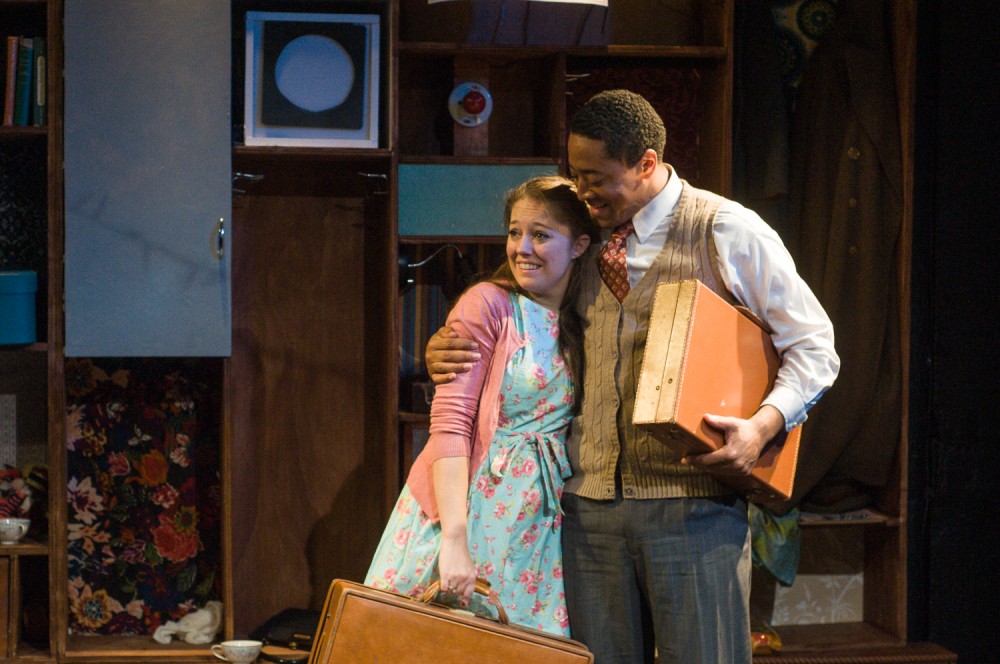 The Russian and the Jew begins in Brooklyn in 1992. Alexei (Moti Margolin), speaks from a microphone, setting a clear stage, saying, “Progress is a slow-moving train. It arrives late, and it leaves later.”

We travel in time to 1968 to Belarus where we encounter medical professionals, comrades, and those who would be sisters. The Russian and the Jew is written by Emily Louise Perkins & Liba Vaynberg, who also perform in the play as Katya and Lena. Lena is a tough acting woman based at a medical center. While not taking care of drunks or those needing abortions, she finds companionship through Alexei’s embrace, and solace in the possibility of moving out of Brest, Belarus with the support of Jews from Israel.

In The Russian and the Jew, your point-of-view about medicine, politics, waiting on line for chocolate, and the way not to swipe a Beatles album makes the difference. Fairytales are interwoven with real life stories – one is the story of Baba Yaga; the other “break-out” sequence involves the tale of the Frog Prince. Katya traverses in two worlds, as she leans into the fantasy of dating a man who might have all the warts of a toad. Dressed in crinoline and wearing light blue shoes, she looks like a young woman poised for success. Fairytale aspects provide a gate to a better world, beyond failing Socialist command. 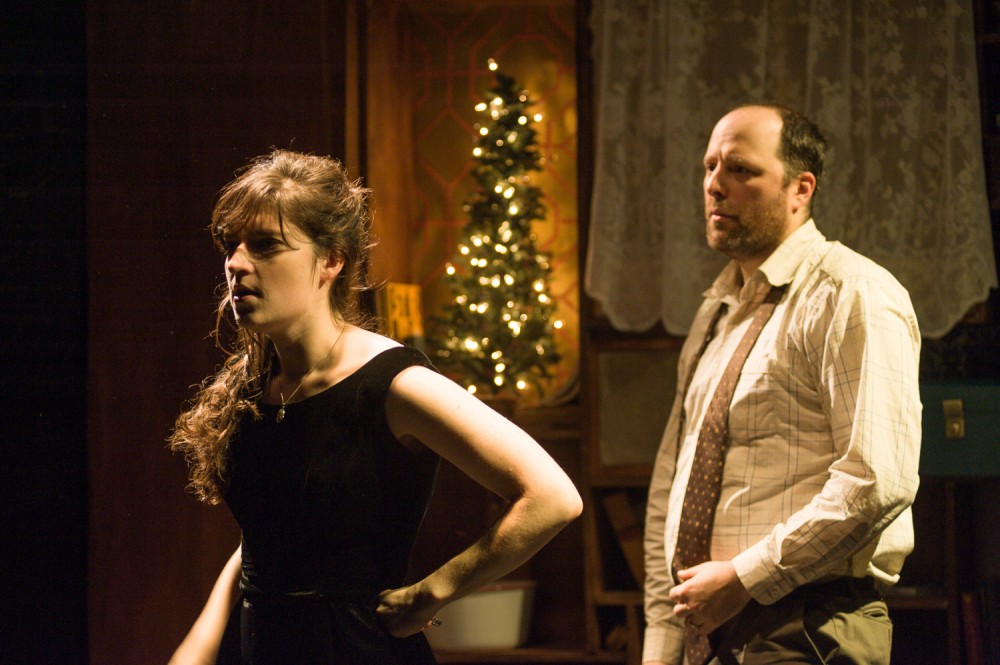 Insightful direction by Inés Braun is not to be missed. Appearing to be a series of patterned circumstances, the players dart in and out from each side, creating a whirling pattern where one actor gets struck in the middle. The encounters are less by chance, and more by purposeful action, propelled by the desire to move forward. Set Design by Sara C. Walsh is not only whimsical, it’s inventive and joyous within the context of the larger, almost ponderous material. The tiny world comes alive with props that fly in and out from a back wall contained with small shelves and stuffed animals, plates, radios, special lights, and glittering costume pieces. In a jubilant New Year celebration, packed with spirited drunken dances and jazz inspired tunes, Christmas trees, and strings of lights by Cha See bring warmth and joy to the stage. At the party, love is re-kindled. Exuberant performances are by Sophie Sorensen, Jordan Bellow, and Terrell Wheeler. 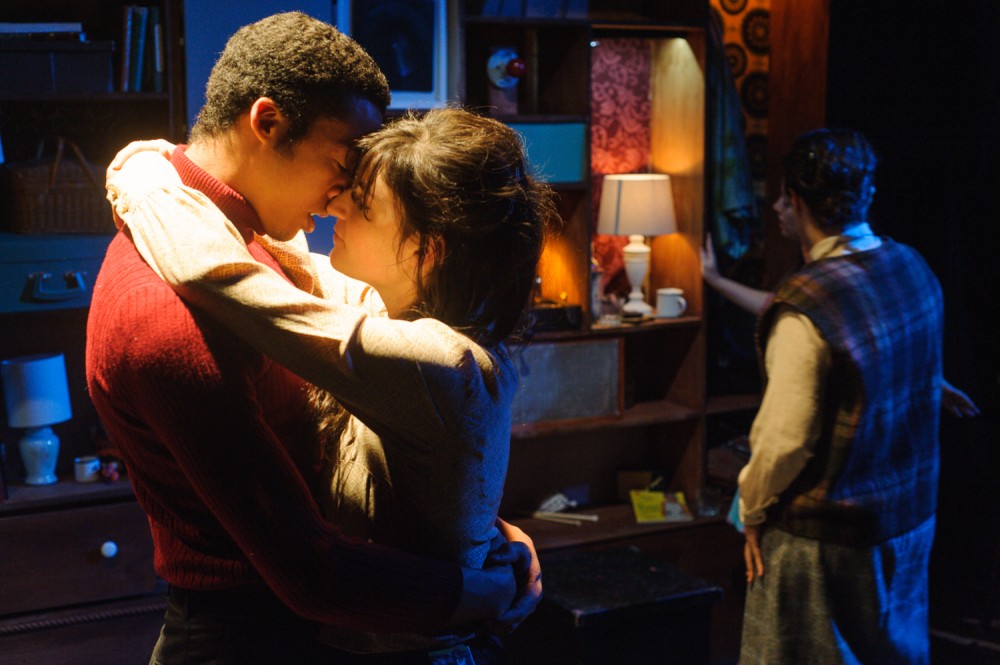 Music connects people in unforeseen ways. There’s a wink at the past that is particularly delightful for today’s techies, enjoying the newest smart home devices and voice operating systems. In the play, Beatles music, recorded on x-ray, was transferred from home to home, and becomes the demise of Lena, when she attempts to make it beyond border crossing to her new land. Guards stop her, without essential papers for her to continue. Katya eventually falls for the man of her dreams. Meanwhile, Lena gets completely wrapped in a cycle of disappointment. Diminished by her inability to exit, she finds herself trapped in a world of lesser circumstance. When they find her body at the end of the play, some are quick to say that the whirling throw-down was of her making.

It is running until December 20th 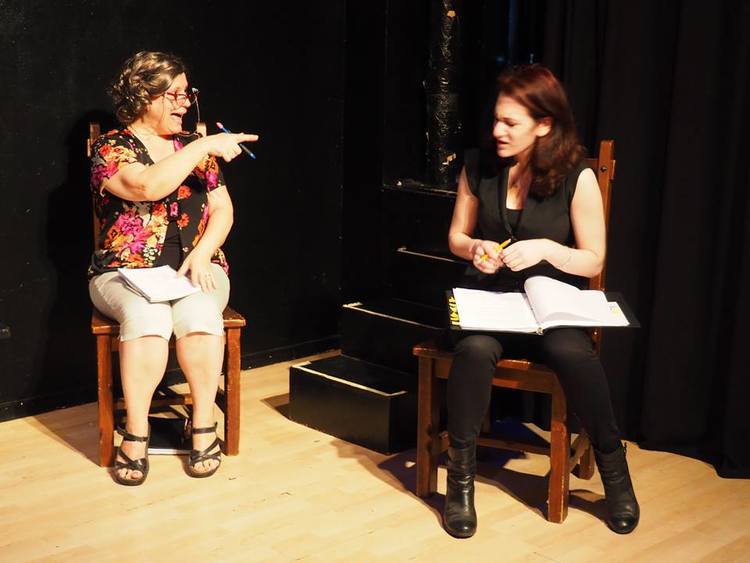 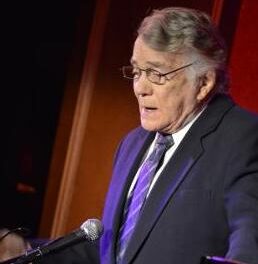