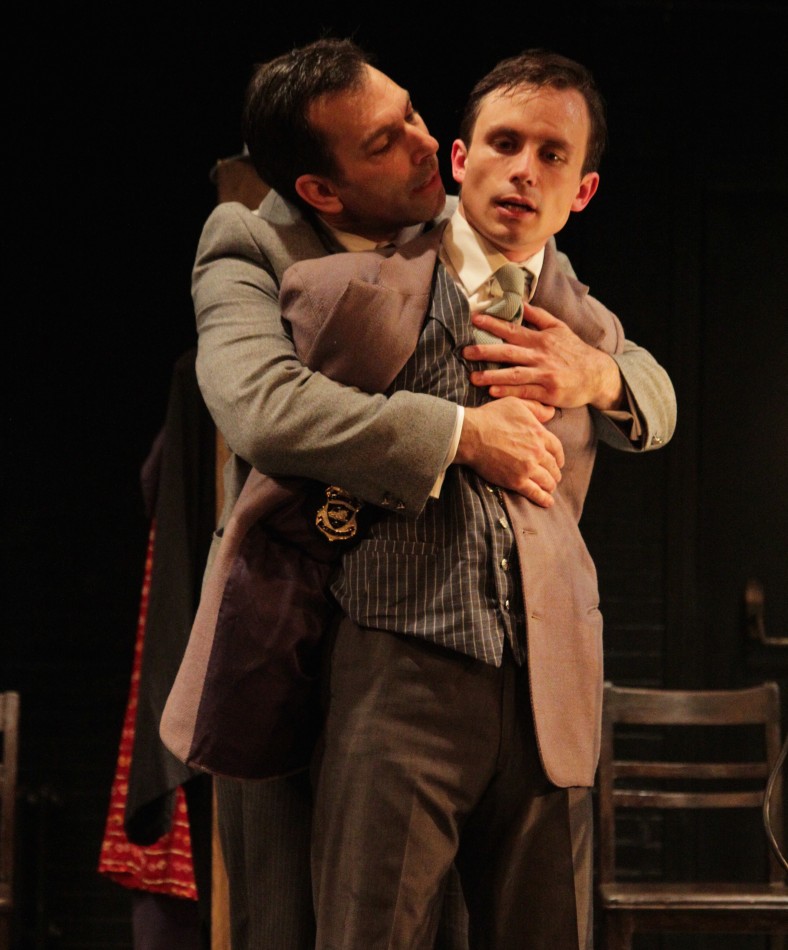 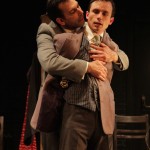 A program note says the play was inspired by a story documented in Lillian Faderman and Stuart Timmons’s book, Gay L.A. In 1914 two actors named Warren and Brown were recruited by the Long Beach Police Department to visit public changing rooms and private clubs in order to entrap and arrest gay men for the crime of “social vagrancy;” their methods involved the use of “glory holes” and ink markers. Will Bradley, who makes a pretty Brown, and Robert Mammana, a ruggedly handsome Warren, played these parts in the 2010 Pasadena premiere and at that year’s NYC International Fringe Festival.

Jacobson’s conceit is to bring Brown and Warren together at an audition for a movie. They’re dressed in early twentieth-century-style clothing (Gary Lennon did the costumes), but it remains unclear what year we’re in. There’s a formality to the dialogue suggesting it might be 1914, the year of the sting operation, but there are also contemporary expressions, like “Don’t be a pussy!” that confuse the issue. While they’re waiting to audition, the aggressive Warren challenges the hesitant Brown to an improvisation competition: whoever loses will leave.

What occupies most of the intermissionless hour and a half is the “improvisational” enactment of the story in which the actual Warren and Brown participated, with the actors playing both those personas and the other men involved, including a newspaper editor, a reporter, and the various gays Warren and Brown become involved with. Using costume pieces and hats conveniently present in a rolling wardrobe, they shift rapidly from role to role, changing their behavior and voices (from gruff to effete or from one accent to another). Eventually, though, this becomes distracting, and the story’s focus gets diffused in the pyrotechnics of its performance.

Even more problematic is Jacobson’s preoccupation with philosophical issues of realism and illusion, and the nature of acting, both on stage and off. What might have been an interesting exploration of a moment in the modern history of homosexuality gets bogged down in extraneous intellectualizing; the conceit of having actors “improvise” a story that’s historical fact blurs things even more.

While both actors demonstrate versatility, Bradley is more flexible and varied; Mammana sometimes overacts. Occasionally the shift from role to role is so frequent and rapid that we lose track of who is who. Under the direction of Michael Michetti (who staged the original version), there are so many moments when placidity is followed by an outburst that it almost becomes a tic; the minute the characters seem calm you brace yourself against the shout you sense is coming.

At the end, true to the program’s warning, nudity enters in an extended scene about the relationship between actors and their roles; it’s also an object lesson in how to divert an audience’s attention from what the characters may be saying. Straight or gay, it’s hard to follow an ambiguous discussion when the speakers’ private parts are publicly staring you in the face.

Through July 19th – 90 minutes no intermission 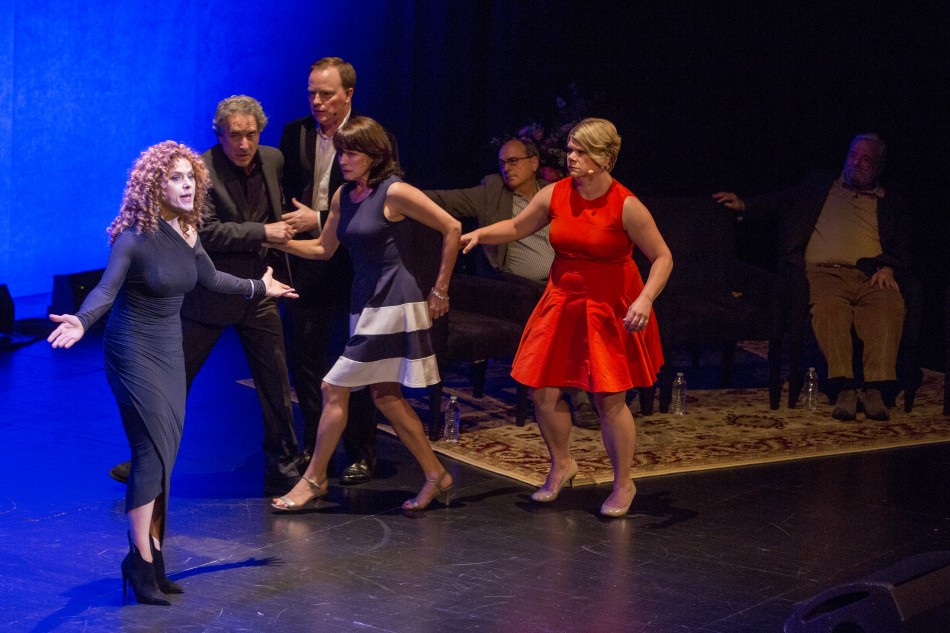 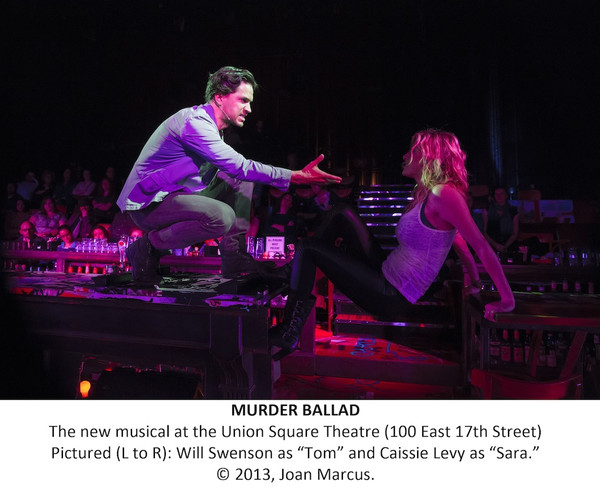 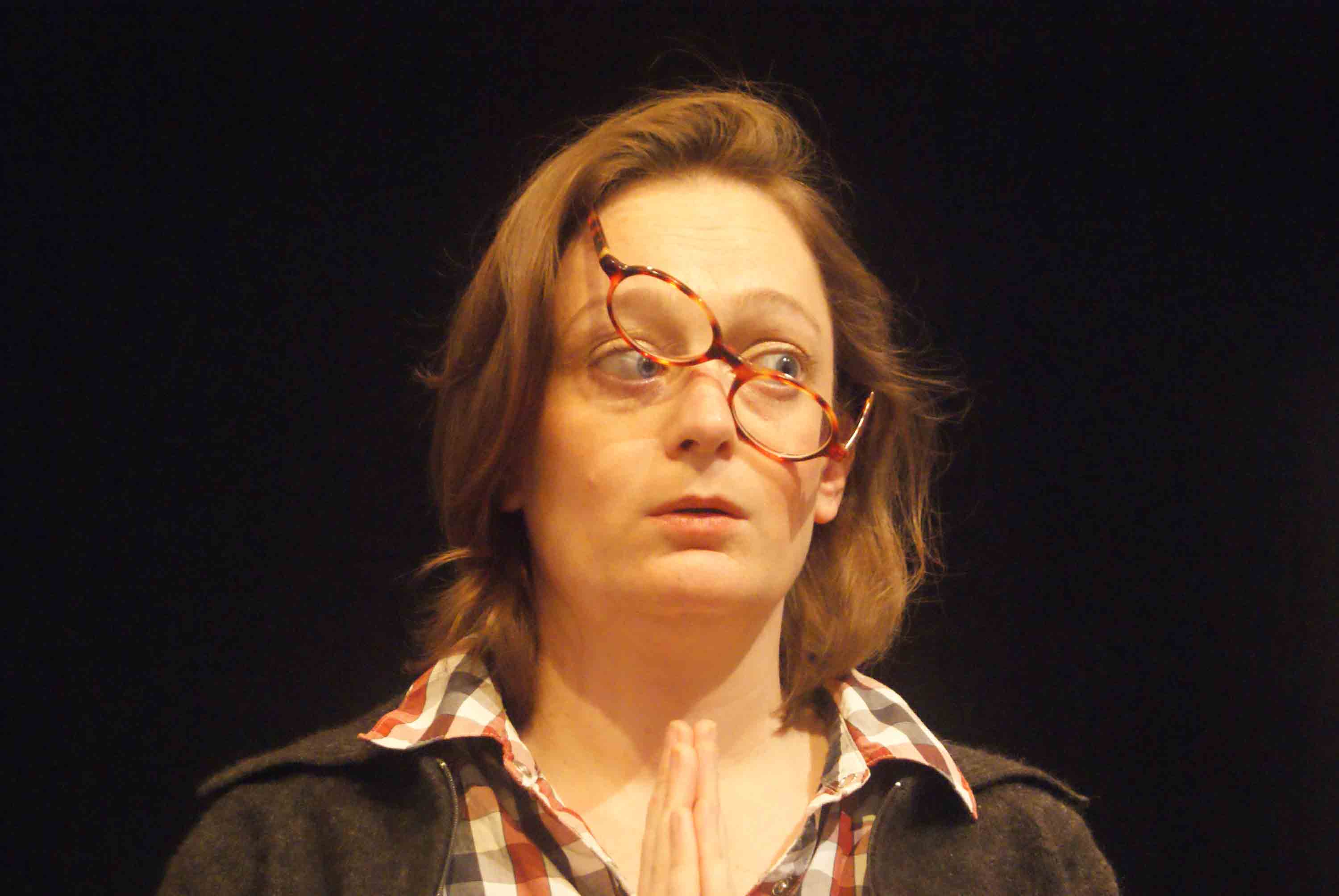