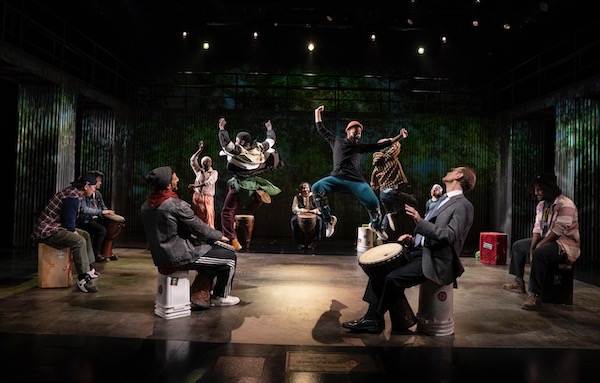 Boasting collective Tonys and Pulitzer Prizes among its high-end creative team, The Visitor, just opened at the Public Theatre, is a beautifully crafted musical that, though small, is mighty. Based on the 2007 film of the same name, it stays faithful to its source finding natural ways to introduce songs and still remain true to its dramatic intent without straying into quaintness, something often difficult in a musicalization for the stage.

Tom McCarthy’s original screenplay is adapted by playwright Kwame Kwei-Armah and lyricist Brian Yorkey, who wrote the score with Tom Kitt. Though the pair have worked with others on occasion, together they have written the challenging musicals Next to Normal and If/Then. With The Visitor they have found a delicate balance between sadness and uplift to create a vibrant score. You know you’re in the presence of something significant when you start imagining, while still in the theatre, what it will be like to listen to a show’s original cast album. Daniel Sullivan has directed the original productions of four Pulitzer Prize winning plays in his long and distinguished career, rarely associated with musicals. Now at age eighty-one, he clearly demonstrates that he can stage a fully realized musical with the best of them. The show is effortlessly paced, without a dull moment in its intermissionless, ninety-minute running time and the cast is an ensemble of prodigious talent.

The Visitor’s story concerns a college economics professor, long running on fumes, who is in a state of genuine depression. Recently widowed and childless, he is bored with the classes he’s been teaching for twenty years and procrastinating on a book he seemingly doesn’t want to write. When a conference in New York City forces him to leave his cloistered existence in Connecticut for a weekend, he visits his apartment of many years; one that appears to have too many memories of his dead wife for his own comfort. He is shocked to find that through a series of circumstances that are never fully explained, someone named Ivan has somehow sublet Walter’s place to a young unmarried couple, Tarek and Zainab, who are Syrian and Senegalese, respectively. Out of this confusion, an agreement is reached to at least allow the couple (who have no place to go) to spend the night till things can be settled. One night becomes two, and they wind up accepting an offer from Walter to co-exist in the apartment for a time. Then slowly, by power of his winning personality, Tarek charms the taciturn Walter, who in turn, becomes intrigued by the young man’s connection to his drums and love of music, something long buried in Walter (most probably having to do with his wife). An important new character (Tarek’s mother) is introduced late in the proceedings and the ever-increasing issue of immigration and deportation become tools upon which a wider portrait is painted.

Due to “creative differences” the Tony Award winning Ari’el Stachel (The Band’s Visit) left the show during previews, replaced with his understudy, Ahmad Maksoud, who does a lovely job. A fine singer, a strong presence, and a wonderful actor, he delivers everything the role requires. As his girlfriend, Alysha Deslorieux, is uncompromising in playing a suspicious and wounded young woman. When she finally melts a tiny bit in a beautiful duet titled “Lady Liberty” that she sings with Jacqueline Antaramian as Tarek’s mother, Mouna, it’s extremely moving. And as for Antaramian’s sublime performance, this might be a breakout role for this longtime stage actress. The rest of the cast, which total a dozen (all playing multiple parts), make for an impressive ensemble. Credit where credit is due to Robert Ariza, Anthony Chan, Delius Doherty, C.K. Edwards, Sean Ewing, Will Erat, Brandon Espinoza, Marla Louissaint, Dimitri Joseph Moïse, Takafumi Nikaido, Paul Pontrelli and Katie Terza.

Then there’s David Hyde Pierce. Slowly, building bit by bit, we see his Walter Vale emerge as if from a haze; his fogged mind and body forming clarity. With his rigidity imperceptibly softening as the drama unfolds, Pierce seems to grow an inch or two taller, his spine becoming straighter, literally and figuratively. It is so gradual as to appear in slow motion photography. Those only familiar his television work may be surprised at what an accomplished stage actor he is. But since his Broadway debut in 1982’ in Beyond Therapy, he’s provided solid game to everything he plays.

Sets by the always reliable David Zinn are first-rate as are the worn-in costumes by Toni-Leslie James and the appropriately moody lighting by Japhy Weideman is highly effective. Lorin Latarro’s choreography felt organic to the piece and offered some stirring numbers, especially in one or two where the drumming, essential to the heartbeat of the show, is showcased.

With winter approaching, a visit to The Visitor will warm your spirit, fill your ears with a soulful score and provide a surplus of acting to remember. And if like A Chorus Line and Hamilton, it too moves from the Public to Broadway for a long run, you may want to see it in the intimate setting of the 299-seat Newman Theatre (where both those shows began) as soon as you can.

The Visitor is now at the Public Theatre, 425 Lafayette Street, NYC, scheduled through December 5. 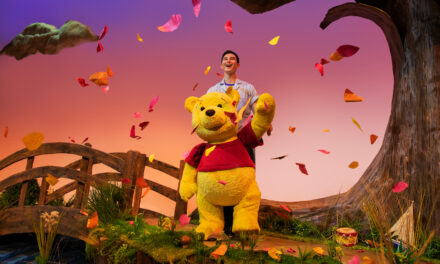 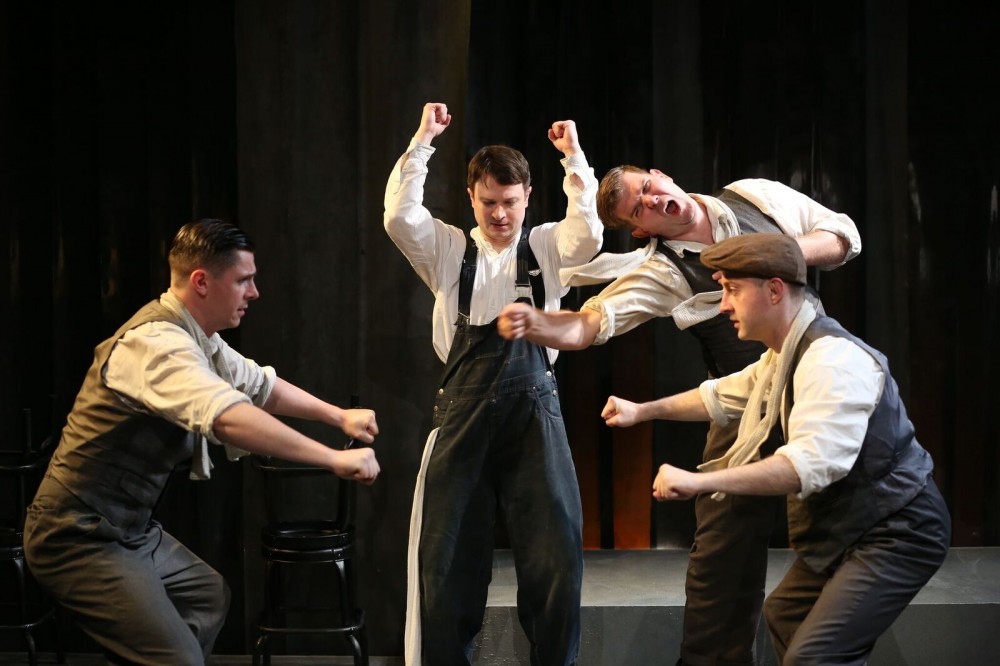 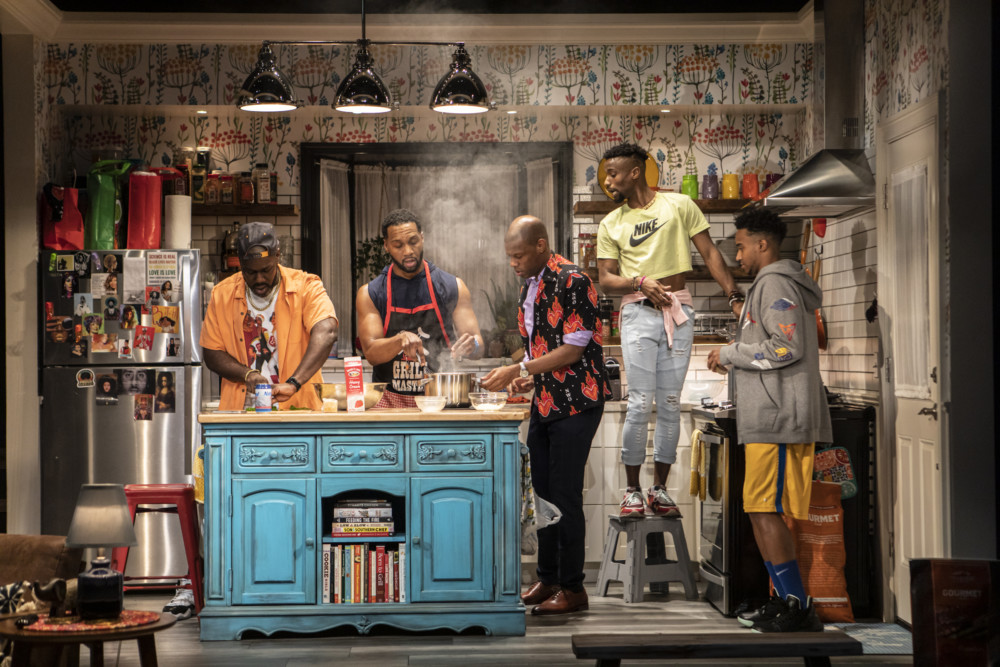 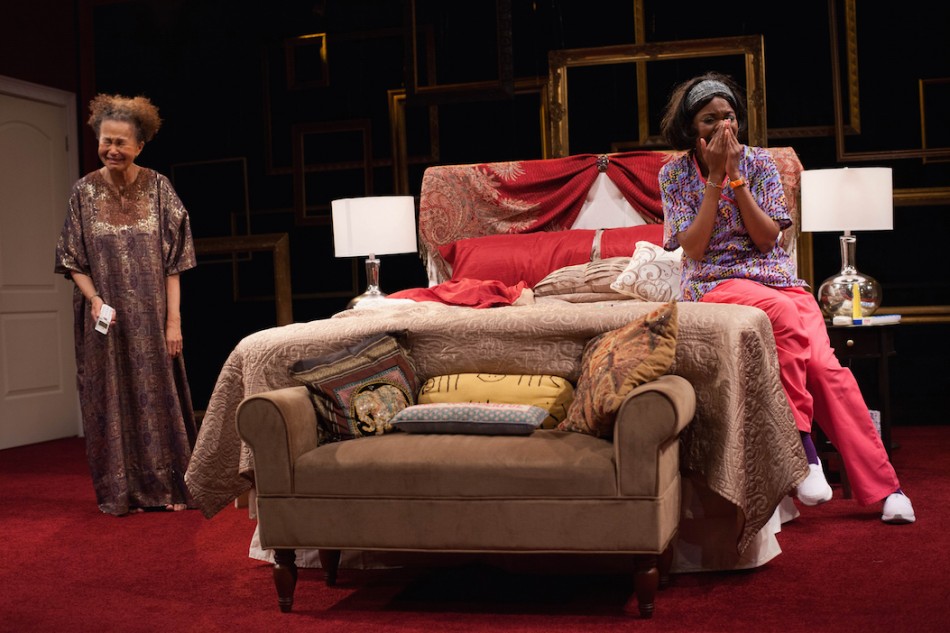