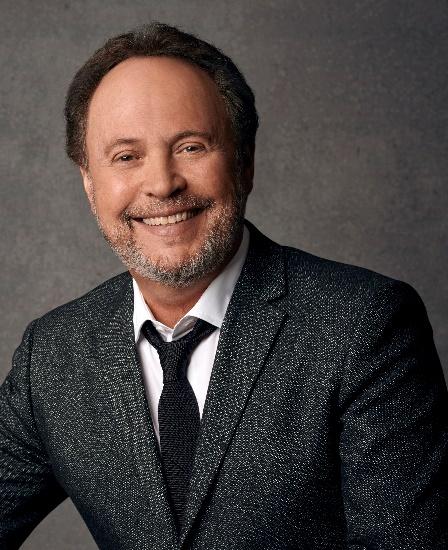 James L. Nederlander and Nederlander Presentations, Inc. announce the Broadway return of Tony and Emmy Award winner Billy Crystal in MR. SATURDAY NIGHT, a new musical comedy about one comedian’s meteoric rise to the middle. Performances begin at the Nederlander Theatre (208 West 41st Street) on March 1, 2022 and the show officially opens on March 31, 2022. MR. SATURDAY NIGHT is the story of Buddy Young Jr., an outrageous and outspoken comedian who found fame, if not fortune, in the early days of television.  Now, some 40 years after his TV career flamed out, Buddy seeks one more shot at the spotlight, and while he’s at it, one last shot at fixing the family he fractured along the way. Tickets on sale beginning Nov. 22.

DreamWorks Theatricals and Music Theatre International, in partnership with NBCUniversal’s Global Talent Development & Inclusion (GTDI) team, announced the opening of the application period for the DreamWorks Theatricals/MTI Emerging Writers Program, now through December 22, 2021. This new partnership will identify diverse teams of bookwriters, composers and lyricists with unique voices and points of view to develop musical adaptations of popular DreamWorks Animation titles intended for the Music Theatre International catalogue. The one-year, paid program will be open to both individual writers and writing teams who can build upon the Studio’s commitment to telling stories that appeal to and reflect the vast diversity of its audiences. The application and additional program details can be found at https://www.universaltalentdevelopment.com/dreamworks-theatricals. The application will be available through December 22, 2021 at 11:59pm PT, with the Program commencing in 2022.

French Heritage Society will host A Cabaret Evening, Celebrating the City of Light, on Friday November 12, 2021 at a private club in Manhattan. Join us to see a special cabaret performance by Robbie Fairchild, original star of Broadway’s An American in Paris and former principal dancer at New York City Ballet. The evening will honor the musical’s producer, Stewart F. Lane, with his wife Bonnie Comley – together, Tony award-winning producers, writers and founders of BroadwayHD.

Join Eric Comstock and Barbara Fasano with Sean Smith on bass and Vito Lesczak on drums for some Holiday magic at Birdland Theater Dec. 25 and 26 at 7 and 9:30 pm. for some Broadway, Holiday, Pop, Jazz favorites. www.birdlandjazz.com

GHOSTLIGHT RECORDS has announced that Todd Almond’s debut holiday album A Pony for Christmas will be released in digital and streaming formats on Friday, November 19. Almond is an acclaimed songwriter and performer who can currently be seen as “Gideon Wolfe” on HBO Max’s “Gossip Girl” and on Broadway as “Elias Burke” in Conor McPherson and Bob Dylan’s Girl from the North Country.  A Pony for Christmas weaves personal original compositions with new versions of traditional carols and unexpected reworkings of pop songs. The album is produced by Todd Almond and Peter Sachon. Pre-save now at ToddAlmond.lnk.to/APonyForChristmasPR/spotify