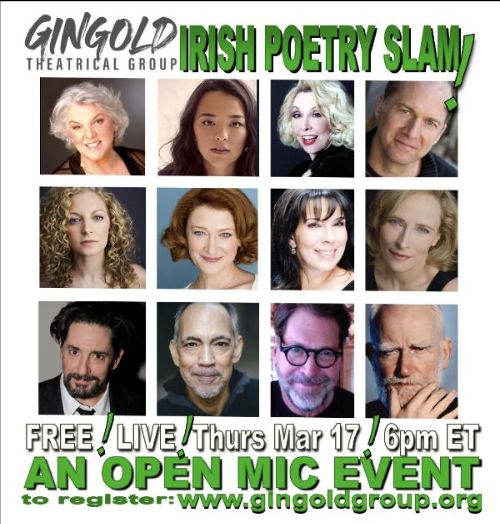 Musical Theatre Composer, Jaime Lozano and Singer/Director, Florencia Cuenca are bringing DESAPARECIDAS to Joe’s Pub on Monday, March 28th, 2022 at 7:00 pm. Their show explores the systematic oppression of women in the fight to end gender-based violence and the killing of women and girls in Ciudad Juárez, México. DESAPARECIDAS celebrates the individual lives of women in México, illuminating the challenge between embracing honored cultural customs while fighting for autonomy in a dangerous world of machismo. The show includes an all female line-up and band, along with the concert featuring Daphne Rubin-Vega (Rent, In the Heights film), Aline Mayagoitia (Forbidden Broadway: The Next Generation), Sonia de los Santos (Latin Grammy nominee), Majo Rivero and Florencia Cuenca herself. This musical was developed as part of The Civilians R&D Group 2021 and in a 2021 artist residency at JACK. Tickets: HERE

The production stars Kirk Gostkowski (R.P. McMurphy in One Flew Over the Cuckoos Nest) as Dan Bandana, and Deven Anderson (In the Boom Boom Room) as Buddy Maple. Kirk and Deven are Co-Founders of the sold out live shows for The Usual Rejects and podcast. Performances begin Thursday, March 17 and continue through Saturday, April 16. Opening Night is Saturday, March 19 (8 p.m.). Tickets are $25 and available at https://chaintheatre.eventive. org/schedule.