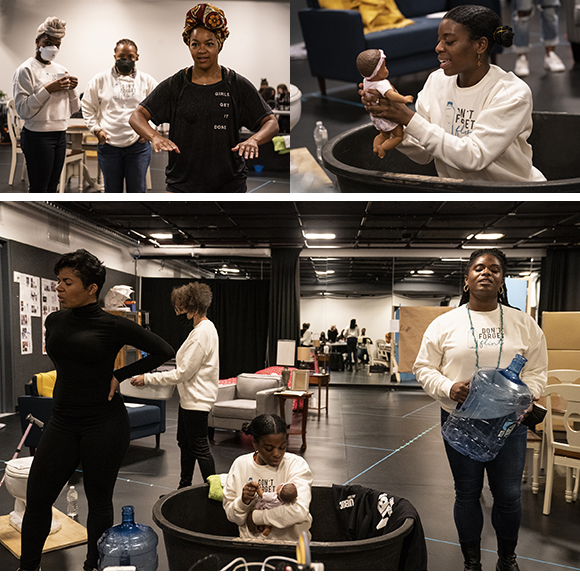 CULLUD WATTAH gives a snapshot of the lives of three generations of Black women in November 2016 where they haven’t had clean water for 936 days.  Written by Erika Dickerson-Despenza and directed by Candis C. Jones, this play is a story about family, survival, and truth. Public Theater, Lafayette Street, Begins November 2nd

This November and December, visit Chappaqua Performing Arts Center (480 N Bedford Rd, Chappaqua, NY) for 4special music and comedy events that are sure to put audiences in the holiday spirit. All four special events are Presented by Evening Out Inc. Tickets for each of these four special events are $27.50 – $49.50 and can be purchased at Ticketmaster.com. For information box office 1-866-806-5777 and visit www.ChappaquaPac.org.

Producers Lia Vollack Productions and The Michael Jackson Estate, announced today that Walter Russell III from Harlem, New York, and Christian Wilson from Norfolk, Virginia, will alternate in the role of “Little Michael.” Also announced was Devin Trey Campbell from Bronx, New York, who will play the role of “Little Marlon” in the highly anticipated new musical, MJ. Inspired by the life and art of Michael Jackson, MJ will begin performances on Broadway on December 6, 2021, with an opening night set for Tuesday, February 1, 2022, at the newly refurbished Neil Simon Theatre (250 W 52nd Street). www.MJtheMusical.com

The Lucille Lortel Awards, the preeminent honor presented exclusively to recognize Outstanding Achievement Off-Broadway, today announced that the awards for acting will no longer be defined by gender. The actor and actress categories for both musicals and plays will instead be known as Outstanding Lead Performer and Outstanding Supporting Performer. In addition, the newly created category of Outstanding Ensemble will be presented for the first time. The 37th Annual Lortel Awards will take place Sunday, May 1, 2022, at 7:00PM. www.LortelAwards.org