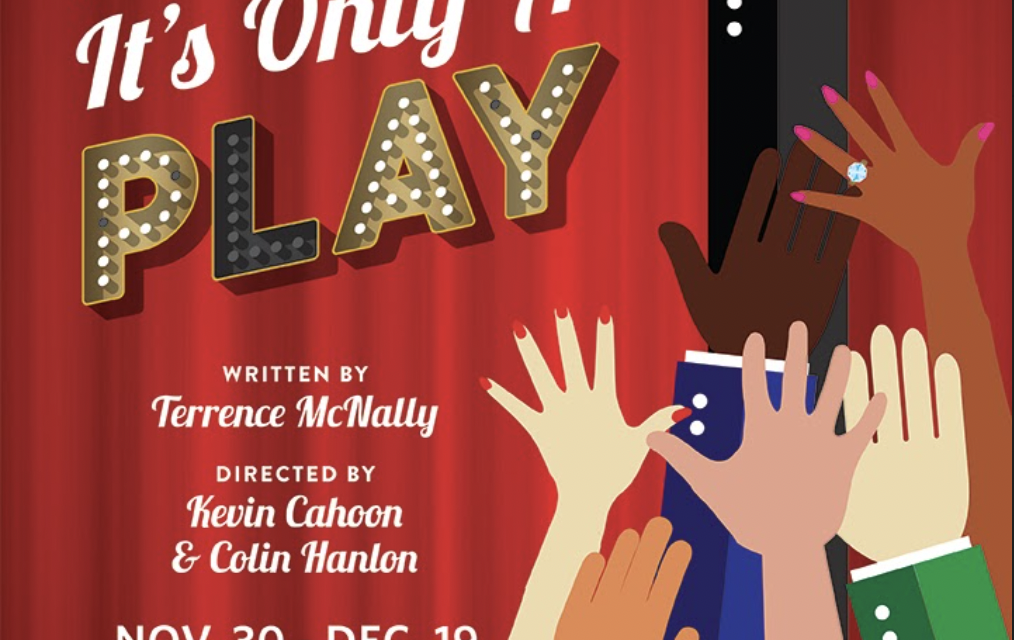 George Street Playhouse (GSP) is excited to continue their return to in-person performances with “It’s Only A Play”, by award-winning playwright and Broadway legend Terrence McNally.  This hilarious work is co-directed by Kevin Cahoon and Colin Hanlon and takes to the stage on November 30, running through December 19, 2021. www.georgestreetplayhouse.org

Long Wharf Theatre announces its annual fundraiser for 2021, a one-night only performance featuring LWT Artistic Ensemble Member, Mason Alexander Park on Dec. 6, star of I Am My Own Wife returns to Long Wharf for an intimate evening of song, celebration and the power of theater, featuring the premiere of the short film Catharsissy, directed by Paul McGill along with a live performance by Mason. Tickets HERE.

A Swinging Birdland Christmas” – starring vocalists Klea Blackhurst, Jim Caruso, and Billy Stritch – for five performances from December 21 to 25 at 5:30 PM. In the tradition of beloved seasonal television specials, Blackhurst, Caruso and Stritch perform swinging arrangements of “The Christmas Waltz,” Kay Thompson’s “The Holiday Season,” “Sleigh Ride,” “I’ve Got My Love to Keep Me Warm,” “Snow,” and “It Happened In Sun Valley,” among other favorites. This year they will include a special tribute to the late Freddy Cole, the celebrated jazz/pop singer and pianist – and cherished member of the Birdland family – who passed away last year.  In addition to the trio of singers and Stritch on piano, the show features Steve Doyle on bass, and Daniel Glass on drums. Check what’s coming up in December at www.birdlandjazz.com

Richard Holbrook: We Need a Little Christimas Now . . . and How! Will be presented at Don’t Tell Mama on Sun. December 19 at 7 pm with the Tom Nelson Trio featuring holiday favorites and songs from Broadway and Hollywood that fit the season. www.donttellmamanyc.com

The New York Pops will honor the songwriting duo Kristen and Bobby Lopez at its 39th Birthday Gala on Monday, April 25, 2022 at 7:00pm in Stern Auditorium / Perelman Stage at Carnegie Hall. The festive concert features the couple’s iconic works—written with each other, as well as with other collaborators—performed by The New York Pops, under the music direction of Steven Reineke, along with an exciting line-up of guest artists to be announced. Kristen and Bobby Lopez were originally slated to be honored at The New York Pops’ 37th Birthday Gala on April 27, 2020.