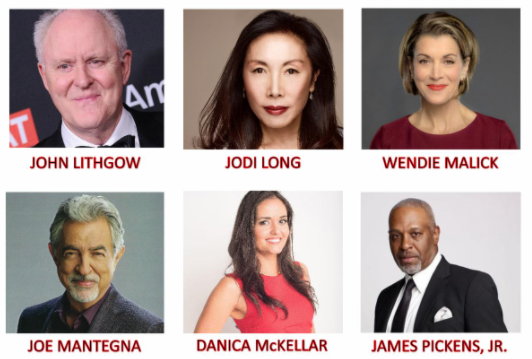 Czechoslovak American Marionette Theatre (CAMT) will celebrate the 30-year-anniversary of its founding with “Thirty Years Later!,” a Zoom celebration Sunday, November 22 from 5:00 to 6:00 PM. Founder Vít Horejš and company members will reminisce and video clips from productions will be shown, together with a new documentary, “Wood, Strings, Wire” (2020) by Michal Labik, which poignantly captures the eleventh incarnation of “Johannes Dokchtor Faust, The Petrifying Puppet Comedye” (1990). Thirty years and a thousand performances later, the troupe is the most prominent example of the magic of Czech puppetry in their country.Advance registration:
https://us02web.zoom.us/webinar/register/WN_FWiJNro6QIKXcCJqa-d_aQ

Kino Lorber’s long-awaited Blu-ray of THE JEWISH SOUL: CLASSICS OF YIDDISH CINEMA is set for release next Tuesday, November 24th. With new translations by noted Yiddish cultural historian, actor (the Coen Brothers’ A SERIOUS MAN, “Boardwalk Empire”), playwright, and translator Allen Lewis Rickman, the five-disc set will include ten classics of Yiddish cinema along with an abundance of bonus features.

The films include THE DYBBUK; TEVYA (starring Maurice Schwartz, based on the Sholem Aleichem stories which inspired the legendary musical FIDDLER ON THE ROOF); AMERICAN MATCHMAKER; HER SECOND MOTHER; MIR KUMEN ON; OVERTURE TO GLORY; ELI ELI; JEWISH KING LEAR; MOTEL, THE OPERATOR; and THREE DAUGHTERS. The Blu-ray extras will include audio commentaries, alternate versions and a printed booklet including essays by journalist and historian Samuel Blumenfeld, film preservationist Serge Bromberg and Allen Lewis Rickman. Visit www.kinolorber.com/product/the-jewish-soul-classics-of-yiddish-cinema-blu-ray.

Apollo Music Café presents: On Saturday, December 5 at 9 pm ET the world famous Apollo Theater continues its support of emerging musical artists through its Apollo Music Café series, welcoming Madison McFerrin to the Apollo Digital Stage. A chameleon of song and voice, Madison McFerrin has found her place as a storyteller and musician. With handclaps, loops, and finger-snaps, she weaves a warm, rich, colorful fabric of sound that often culminates into an orchestra of one. www.apollotheater.org