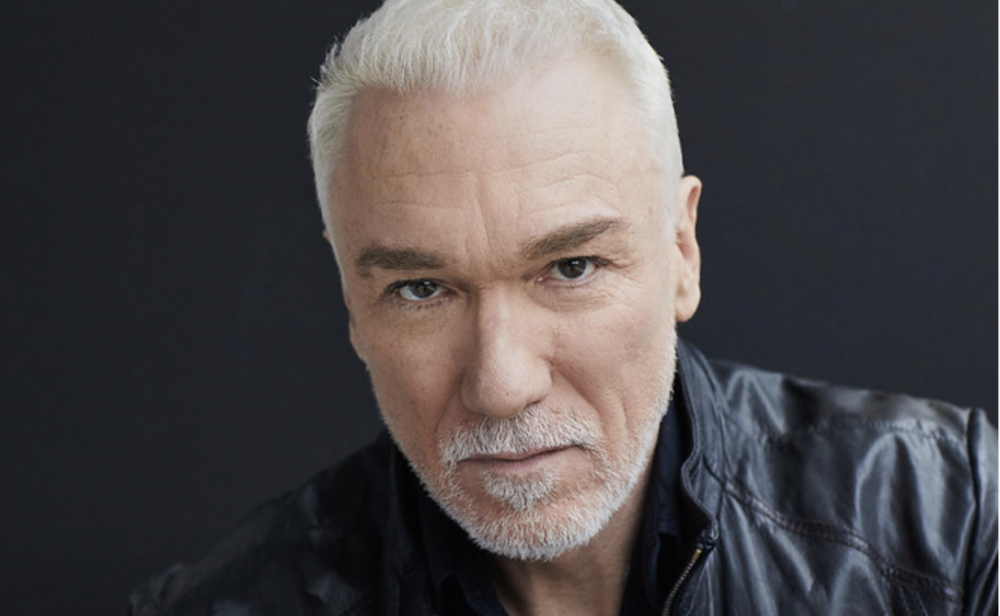 Shakespeare Theatre Company will stream a production of All the Devils Are Here with Patrick Page. The new solo show deals with the evolution of evil in Shakespeare’s villains. The 80 minute production will stream February 4 thru July 28. Tickets are HERE.

Ballet Hispánico, the nation’s renowned Latinx dance organization recognized this year as one of America’s Cultural Treasures, kicks off 2021 with a glimpse into the company’s past. The 50th Anniversary Celebration continues with a series of entertaining archival repertory pieces, inviting audiences to look back at vibrant performances from the 80s and 90s with the Ballet Hispánico Watch Party Series onWednesday, February 10, 2021, available at ballethispanico.org, and on YouTube and Facebook.

Mary-Louise Parker and The Sound Inside (by Adam Rapp) Coming to Audible. Itwill be recorded with its original Broadway stars—Tony winner Mary-Louise Parker and Will Hochman—Other upcoming releases include performances from Tony winners Laura Benanti, Tony Shalhoub, Santino Fontana, along with Orange is the New Black star Diane Guerrero and Emmy winner Joe Morton.

THE OUTSIDE by Susan Glaspell – a Pulitzer Prize Winner’s expressionistic embrace of the unknown on February 6, 2021 at 8 pm thru February 10 at 10 pm, presented by Obie Award winner Metropolitan Playhouse. It’s FREE.  Readings, are live-streamed at no charge, with talkback to follow. Available at: www.metropolitanplayhouse.org

Patrick Page is a busy actor! Actors from Broadway and London’s West End team up for the Shakespeare@ Home, all-free radio play Julius Caesar, produced by Jersey City’s Shakespeare@,which launches Monday February 22nd at 7pm EST. The Tony Nominated actor Patrick Page (Hadestown) stars in the title role with Jordan Barbour (Broadway’s The Inheritance) as Brutus and Keith Hamilton Cobb (American Moor) as Cassius. This audio production is the third installment of the season, produced and adapted by Artistic Director Sean Hagerty. Acclaimed West End actors Jamie Ballard and James Howard also star. Julius Caesar features original music and sound design and is free to download and stream. Shakespeare@ made an auspicious live debut in 2019 with Hamlet starring Jonathan Forbes and released their first ‘radio’ plays of the season with Richard II and The Tempest for their newly created Shakespeare@ Home series in 2020.  To listen to Julius Caesar online, visit http://www.shakespeare-at.org/. The production will also be available on Spotify, Apple Podcasts, Soundcloud, and Stitcher. The performance is free to all listeners on all platforms. Previous episodes of the season (Richard II and The Tempest) are also available to download. Debut dates for parts 2, 3 and 4 of Julius Caesar are subsequent Mondays at 7pm EST on March 1st, and March 8th, The final episode will premiere on March 15th—the “Ides of March” (the day Caesar was assassinated).

In 1919, an ailing Franz Kafka wrote a letter to his father. He filled it with his deep conflicts and contradictions — anger and gratitude, pride and shame — at everything his father represents, as well as his hope and fear that he might one day measure up to such a terrifying man. It never reached its destination. Now, the tensions of this unresolved relationship between father and son come alive in a startling multi-camera live broadcast that allows viewers to choose their own perspective — part YouTube confessional, part hidden-camera show, part séance.