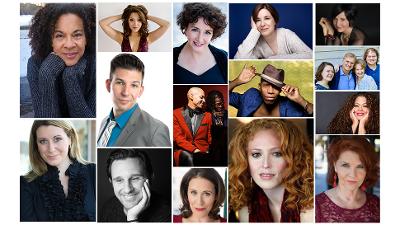 Here’s an eye-opening music series with Broadway and TV Stars that also includes outdoor dinner in Bloomfield, NJ . . . NiCori Studios & Productions in association with Oakeside Bloomfield Cultural Center and Frungillo Catering will be producing: MUSIC AT THE MANSION: “PORCH PERFORMANCES” beginning on May 8 and continuing with 15 different singers through September 25.

Hosted by Music at the Mansion’s Corinna Sowers Adler, the evenings will be safe, socially distant and fun! Meal to include an elegant, boxed dinner by Frungillo Catering.

Each night will include a performance by one of New York City/New Jersey’s top Cabaret/ Broadway/TV performers on the large wrap-around porch at Oakeside. Performers to include Stearns Matthews on May 8, Lisa Yaeger on May 15, Christina Bianco on June 5, Rosemary Loar on June 27, Lisa Viggiano on July 3, Ami Brabson on July 10, Jane Seaman on July 17, David LaMarr and Darnell White on July 24, Nicolas King on July 31, Marissa Mulder on August 14, Ty Stephens on August 21, Tony Carlin and Susan Knight on August 28, Celia Berk on September 4, Natalie Douglas on September 18 and Corinna Sowers Adler on September 25.  All begin with dinner at 7pm with performance to follow. Tickets are $65 per person and include full meal and performance. BYOB

WESTERWYNNE is a whimsical work exploring the new normal after the pandemic. A fox’s love for a chicken inadvertently causes him to lead an entire group through a dark tunnel to the mecca of Westerwynne, creating lasting change for them all. Tickets: $10  https://westerwnne.brownpapertickets.com/

The 2021 Yale Drama Series Prize, one of the theater world’s most prestigious playwriting prizes, will be awarded to Rachel Lynett for her play Apologies to Lorraine Hansberry (You Too August Wilson). The 2021 award recipient was chosen by Pulitzer Prize-winning playwright Paula Vogel. Ms. Lynett receives the David Charles Horn prize of $10,000

Lynett’s Apologies to Lorraine Hansberry (You Too August Wilson) is set in the fictional world of a post-second Civil War, Bronx Bay, an all-Black state (and neighborhood) is established in order to protect “Blackness.” As Jules’ new partner, Yael, moves into town, community members argue over if Yael, who is Dominican, can stay. Questions of safety and protection surround both Jules and Yael as the utopia of Bronx Bay confronts within itself where the line is when it comes to defining who is Black and who gets left out in the process. www.dchornfoundation.org