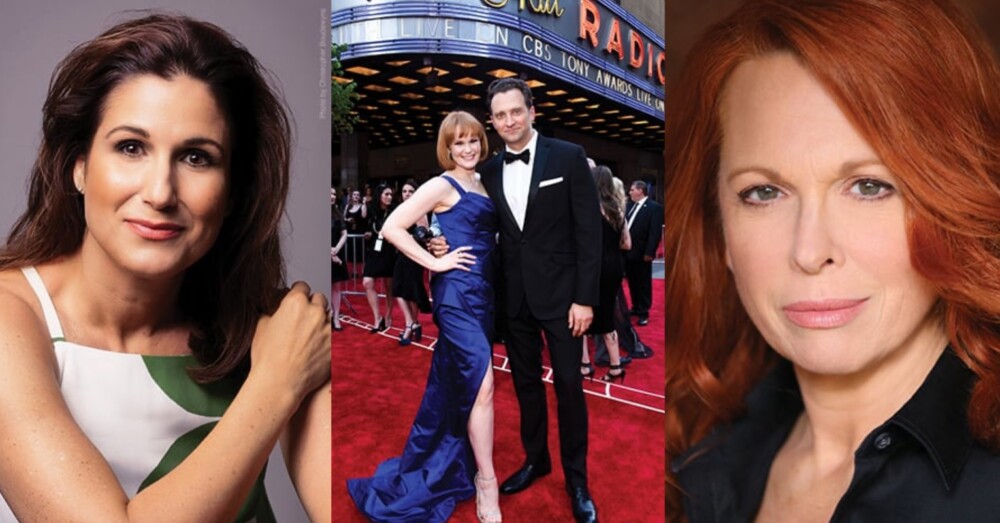 The Assembly Theatre, a non-profit theater company based in Brooklyn, New York, is set to launch its ambitious First LAST Annual Telethon, hosted by The Assembly and friends, streaming live May 15, 2021, 8:00 PM-12:00 AM on YouTube, allowing audiences to support the non-profit theatre in an unlikely time. The show will include live performances and clips from some of the most-loved Assembly collaborators – Tony Award-winning legends to downtown weirdos. Participants include André de Shields, Mary Beth Peil, Nic Benacerraf, Dante Green, Emily Perkins, Mark Rudd, Rajesh Bose, Nate Weida, Richard Lovejoy, Melissa Tien, Nehassaiu De Gannes, Matthew Paul Olmos, Reed Birney and many more marvelous entertainers who have graced The Assembly stage over the years.  Sign up to join The Assembly on May 15th @ TELETHON and donate to The Assembly.

Ariana DeBose and Shoshana Bean Will Perform Concerts at Tavern on the Green – Part of TodayTix’s Broadway At Tavern Series. The exclusive TodayTix Originals concert series will launch on Tuesday, May 25 at 8:30pm ET with a one-night-only performance by Ariana DeBose, followed by performances on Tuesday, June 8 & Wednesday, June 9 at 8:30pm ET by Shoshana Bean.  Please visit https://www.todaytix.com/nyc/category/todaytix-presents

Olivier-winning, and Tony-nominated OHenry Productions and Stellar, in association with Soho Theatre, are proud to announce the full cast for the transatlantic production of Herding Cats by Lucinda Coxon (The Danish Girl). Anthony Banks (The Girl on the Train, West End) directs Jassa Ahluwalia (Unforgotten, Peaky Blinders) as Michael, Greg Germann (Grey’s Anatomy, Ally McBeal, Assassins) as Saddo, and Drama Desk nominee Sophie Melville as Justine (Pops, Iphigenia in Splott). This groundbreaking revival of Coxon’s “brave, brutal” (Guardian) play uses the technical feats that adventurous theater artists have discovered during the pandemic and combines them with the raw intimacy of in-person performance. The show has now added extra performances and will run from May 19–22, 2021, with a press performance on May 20. www.herdingcatsplay.com

Metropolitan Opera: Hundreds of union members rallied at Lincoln Center in opposition to the Met’s lockout of its stagehands and management’s demands for deep and lasting pay cuts it says are needed to survive the pandemic. The workers’ message was clear: their labor makes the Met what it is, and without them, the opera can’t reopen.

The upcoming Cinderella movie musical will feature original songs by stars Camila Cabello and Idina Menzel alongside contemporary pop tracks, it was revealed by Amazon Prime Video. The streamer also said that the film would premiere in September with an exact release date to be announced.

Tony-winner Sutton Foster to star in Anything Goes as Megan Mullally withdraws –   Foster will play Reno Sweeney in the musical, replacing Megan Mullally, who has been forced to withdraw from the show due to injury. It runs at the Barbican in London from July 23 to October 7, with press night on August 4.

THE PRINCE OF EGYPT, the hit musical based on the classic DreamWorks Animation film, is delighted to announce that Olivier Award-winner and ‘Tracy Beaker’ star Clive Rowe will join the company as ‘Jethro’ for a limited engagement from Thursday 1 July to Saturday 16 October 2021.

“A huge popular hit” (LBC), the Grammy® Award nominated musical will resume performances at London’s Dominion Theatre on Thursday 1 July 2021 with tickets on sale until Saturday 8 January 2022. Performances between Thursday 1 July and Saturday 4 September 2021 are currently expected to take place under UK Government Step 3 protocols (social distancing). Tickets for all performances are available now via www.ThePrinceofEgyptMusical.com