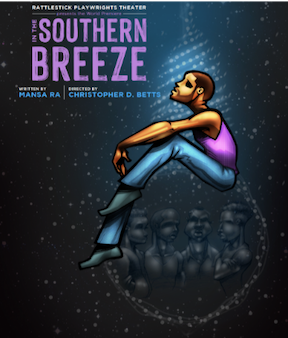 Pulitzer Prize Finalist Lore Segal’s semi-autobiographical novel “Other People’s Houses” to be adapted for the state by Emily Feldman and Daniel Aukin www.otherpeopleshousesplay.com

RONNIE MARMO’s tour-de-force embodiment of the most controversial comedian of all time, the hit solo show I’M NOT A COMEDIAN… I’M LENNY BRUCE will play 2 performances only Friday, October 8 and Saturday, October 9, 8:00 PM at The Vogel/Count Basie Center for the Arts, 99 Monmouth Street, Red Bank, NJ.   Written by and starring New Jersey native (Woodbridge) RONNIE MARMO and directed by Tony Award winner JOE MANTEGNA (star of TV’s CRIMINAL MINDS), the funny, powerful, provocative and moving portrait of the Legendary Lenny Bruce recently played to SRO audiences in Chicago, Off Broadway and Los Angeles among other cities. I’M NOT A COMEDIAN… I’M LENNY BRUCE  is the very first theatrical production to play The Vogel.  Tickets now on sale now http://www.lennybruceonstage.com

Conor Ryan and Courtney Reed will lead the previously announced national touring production of the Tony-winning Moulin Rouge! The Musical as Christian and Satine. The tour launches on February 26, 2022 at Chicago’s James M. Nederlander Theatre before setting off on a multi-city tour across the country.

The program celebrates the return of live music to our city, while reflecting back on some of the songs that gave us strength during the pandemic. The evening’s playlist ranges from Franz Schubert and Gustav Mahler to Antônio Jobim and Glen Hansard, and also includes music from Israel, Cuba, and Russia. NYFOS Artistic Director Steven Blier is the pianist and arranger. The concert additionally features tenor Paul Appleby, mezzo-soprano Amanda Lynn Bottoms, mezzo-soprano Rebecca Jo Loeb, baritone Johnathan McCullough, and mezzo-soprano Maggie Reneé. All Mainstage Series shows will be filmed and edited into shortened digital programs, which will premiere after the live performance and remain online for four weeks. www.nyfos.org