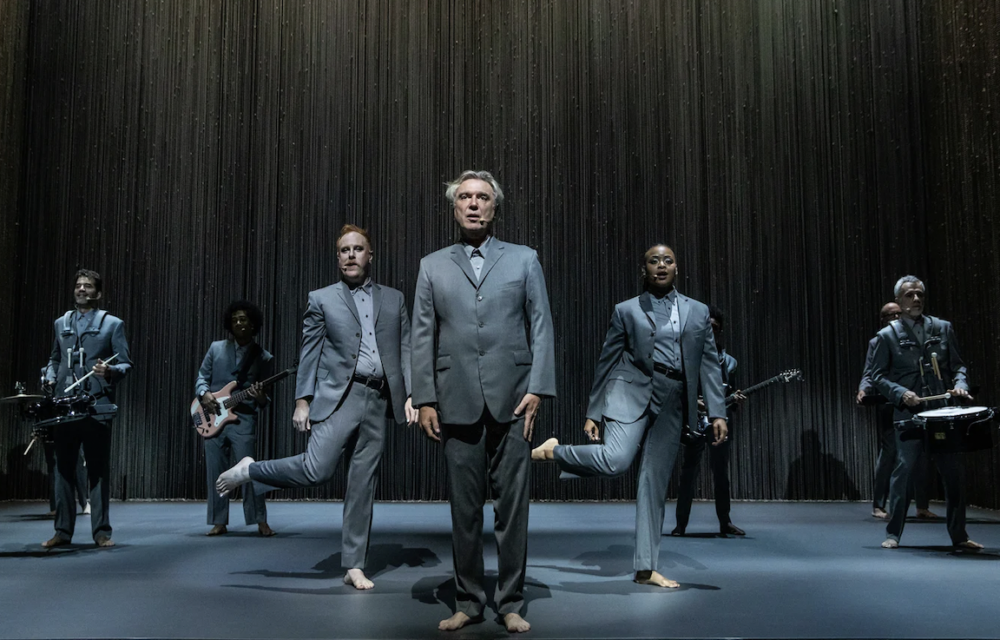 David Byrne’s American Utopia will return to Broadway this fall at the St. James Theatre. The show had previously announced plans to return to Hudson Theatre, where it had played a run in fall 2019. Performances for the run at the St. James will begin Sept. 17.

Regional premiere of “Tiny House,” a timely new comedy about downsizing, going green, escaping urban life, and fresh starts, written by Michael Gotch, and directed by Tony-winner Mark Lamos.
The production, streaming on demand June 29 – July 18, opens Westport Country Playhouse‘s all-virtual 2021 season. It was exactly 90 years ago on June 29, 1931, that the Playhouse staged the first production in its history of over 800 plays. In “Tiny House,” fireworks fly when family, friends, and quirky neighbors come together for a Fourth of July barbecue at the off-the-grid, isolated mountain paradise of a young, urban couple.

Memorable scenes from some of Urban Stages’ biggest recent hit plays and musicals performed by original cast members, and sitting down with the creators behind these amazing works! It is all to celebrate the many different stories and voices that amplify Urban Stages and to gear up for a new season. June 24 thru July 28 at 7:30 pm.

Bad News for Audiences Seeking Tix to The Music Man: Scalpers and Resellers Have Hijacked New Musical – So far you can only buy tickets for The Music Man on reseller sites like StubHub or Vivid Seats or SeatGeek. There are none available from December 2020 through July 2022 on Telecharge, the site that sells most seats to most Broadway shows. On Stubhub, a pair of tickets in Row F for January 2, 2022 are going for $8,485.05. That includes a service fee of $1,505. Sounds like there oughta be a law!!!