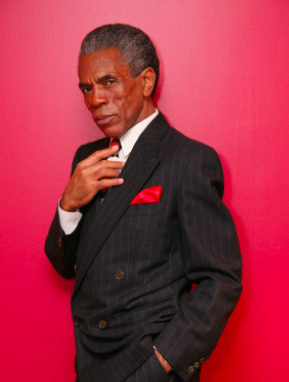 Presented in association with TikTok and TodayTix Presents, Ratatouille: The TikTok Musical will stream for the Actors Fund. Tix on sale at www.TodayTix.com

SAMSON THE WRESTLING MUSICAL Virtual Cabaret streams for free on January 1, 2021 at 9PM ET, 6pm PT with on demand availability following! This high energy show will have audiences of all ages ready to rumble! LevelGround.nyc.

A common boy is gifted with the superpower of phenomenal strength in this new knockout musical based on the legendary historical figure. Set in the eccentric world of 1980s wrestling, our hero, Samson fights anyone in his way as he struggles to find freedom within. But can he find it before his final match?

Works & Process, the performing arts series at the Guggenheim, presented the premieres of new virtual commissions by Stephanie Hsu and George Salazar:

another love letter by Stephanie Hsu

Special Thanks to: Duke Dang, for ringing the bellm Doug Widick, for mixing sound and editing out that dog, Drew Ludwig, for walking with me and You, Yes You for being here. Premiered Sunday, December 27, 2020

My Identity by George Salazar

I spent my life trying to navigate what it means to be mixed-race. Being half-Filipino and half-Ecuadorian, I struggled throughout my life to find where I belong. The pause we’ve sat in as a result of this pandemic gave me the opportunity to really look within and also look outside to find a way to further build community with my mixed race friends and family.

In 1821—forty years before the abolition of slavery, and fifty years before Black Americans earned the right to vote—two productions of Shakespeare’s Richard III are on the rialto. One is presented by the African Company of New York, known for putting on plays in a downtown Manhattan theatre to which both Black and white audiences flocked. The other is helmed by Stephen Price, an uptown theater impresario who—fearful of the African Company’s production, which is garnering large white audiences—manipulates the law and employs his privilege to shutter the competition. Shakespeare is the cultural battleground in this inventive, emotional, and energetic retelling of a pivotal moment in American theater history.