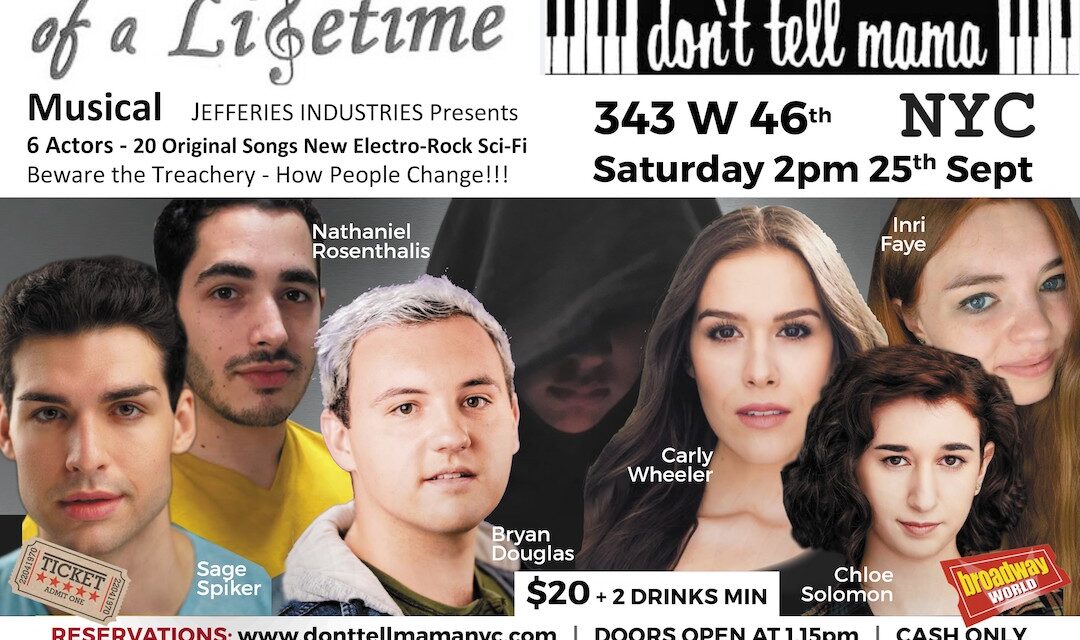 New musical of a Lifetime previews at Don’t Tell Mama on Sept. 25 at 2 pm prior to its opening at The Actors Temple. Sneak peek 20 song cabaret show from the Musical with 6 Singers 20 original songs from this new Sci-Fi Electro-Rock Musical by Jefferies Industries. Young Andy hasn’t had much luck in life or love – a change in fortune brings him into a windfall in the form of an old run-down house – called – of a Lifetime – which currently houses a completely self-sufficient mysterious community that appear to be lost in time – Beware the Treachery – How people Change!!! www.ofalifetimemusical.com. www.donttellmamanyc.com

In the aftermath of the Napoleonic wars, a shy English spinster seeks to win back the love of the man she jilted eight years before.  Jane Austen’s last and most romantic novel, PERSUASION first appeared in print in 1818, and is a meditation on love and loss, and what is constant in a changing world. Tickets are now on sale for BEDLAM’s production of PERSUASION at www.bedlam.org (833-4BEDLAM). Tickets range from $30 – $90, and the playing schedule is as follows: Tuesday through Saturday at 7pm, Saturday and Sunday at 2pm.