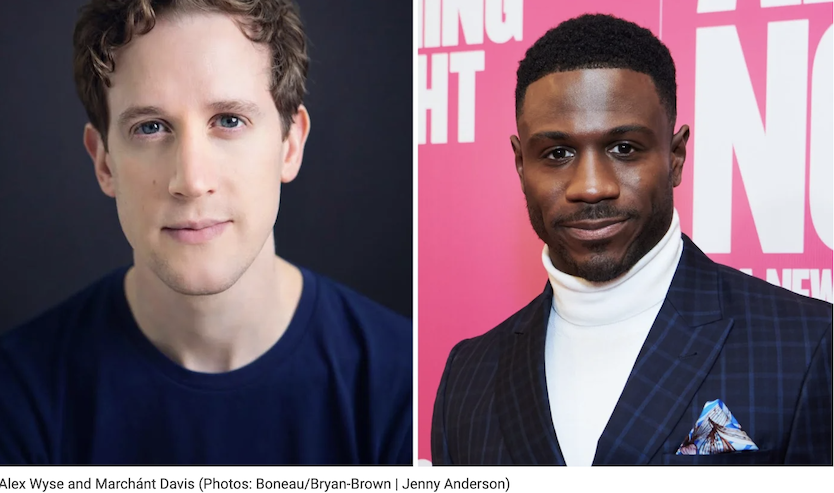 Doug Wright’s new play Good Night, Oscar has announced its full principal cast for Broadway. The production is set to play a strictly limited engagement at the Belasco Theatre, beginning previews on April 7 with an official opening set for April 24, 2023. The show is scheduled to run through Aug. 27. Sean Hayes will star as Oscar Levant, Alex Wyse as Max Weinbaum and Marchánt Davis as Alvin Finney.

59E59Theaters has announced more shows this winter and spring including Jessica Owens’ Shedding Load (Varsity Theatre Co Feb 2-18); Sophie Weisskoff’s Brainsmash (presented by The Hearth Mar 2-19); in addition other shows on the listings include Chorus Girls, A NYC Blackout and BD Wong directing Judy Gold’s one-woman show Yes, I Can Say That!

Stevie Walker-Webb, director of Broadway’s Ain’t No Mo’ is now part of the creative team of the new musical Gun & Power with book/lyrics by Angelica Cheri and music by Ross Baum. Following a 2020 run at the Signature Theatre in Va., industry reading presentations of the musical will be offered Dec. 15 & 16. It’s inspired by the true story of Marty and Martha Clarke, African American twins who passed for white to help settle their mother’s sharecropper debt.

The Music Man breaks all-time Red Bucket fundraising record for Broadway Cares. During its fall fundraising season, Broadway Cares/Equity Fights AIDS raised a total of $5,107,79. The Broadway production of The Music Man raised $2,002,612 alone, thanks to nightly auctions of props and costume pieces by stars Hugh Jackman and Sutton Foster. In the final week of the campaign, Nicole Kidman famously donated $100,000 during the post-curtain call fundraising.

News: Caroline’s Comedy Club, after 40 years, will be closing for good after New Year’s Eve.

Comedian Freddie Roman has passed away at the age of 85. He had co-wrote and starred in Catskills on Broadway and had a lengthy career as one of the iconic Borscht Belt standup comics. RIP