Theater Updates On and Off Broadway 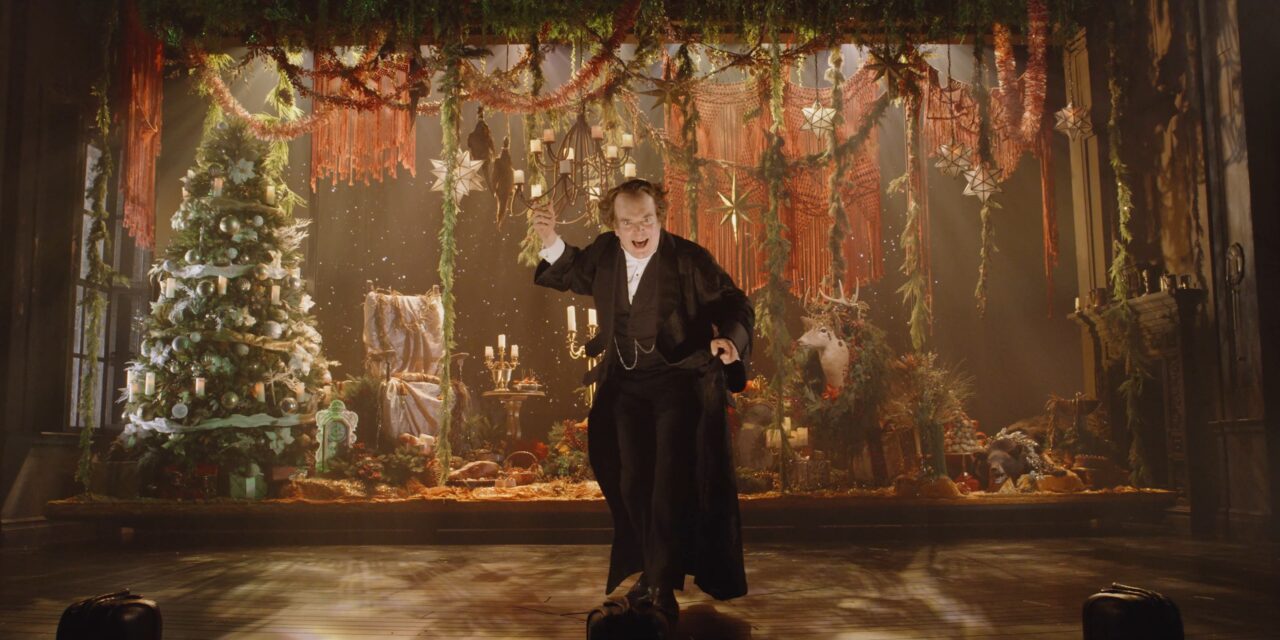 Jefferson Mays’ universally celebrated, one man virtuoso, tour-de-force performance in Charles Dickens’ A Christmas Carol – and playing 50 roles – will be coming to Broadway this holiday season for a strictly limited 66-performance engagement at the Nederlander Theatre (208 West 41st Street). Mr. Mays, who is currently performing as Mayor Shinn ten blocks north in The Music Man, will depart that role on October 23rd. The production is directed by 2x Tony Award Nominee Michael Arden, adapted by Jefferson Mays, Susan Lyons and Michael Arden and conceived by Michael Arden and Dane Laffrey.

Preview performances for A Christmas Carol will begin Tuesday, November 8 with an official opening night set for Monday, November 21 in a strictly limited engagement through Sunday, January 1, 2023. Tickets for the production are on sale now at www.ticketmaster.com and can be purchased in-person at the Nederlander Theatre box office starting Tuesday, October 11.

Voices Inside in collaboration with Nylon Fusion Theatre Company and Pen America present Sentenced To A Life Without Music, an evening of one-act plays by incarcerated writers. This special limited engagement will be presented at The Wild Project (195 E 3rd St, New York, NY 10009), September 21-25.

Music is just as important as the air we breathe. Image life without it. A day in the life of human beings inside prison walls. Works by Elizabeth Hawes weave throughout the evening as we listen to the female voice in a male centric environment. More than that they are all Sentenced To A Life Without Music. Sentenced to a Life Without Music will feature one-act plays by award-winning writers Aaron Clancy, Justin Futrell, Elizabeth Hawes, Matthew Mendoza, William Smitherman and Derek R. Trumbo Sr., directed by Ivette Dumeng, Gia Forakis, Lori Kee, Maria Mukuka, Francisco Solorzano, and David Zayas Jr.

Hunger & Thirst Theatre is thrilled to present the bluegrass musical MONSTRESS, featuring a book and lyrics by Emily Kitchens with original music by Ben Quinn and Titus Tompkins, and directed by Hondo Weiss-Richmond. MONSTRESS begins performances on Friday, October 21 for a limited engagement through Saturday, November 5. The performance schedule is Thursday at 7pm, Friday – Saturday at 8pm, and Sunday at 3pm, with an additional performance on Wednesday, November 2 at 7pm. Performances are at the New Ohio Theatre (154 Christopher Street between Greenwich Street and Washington Street). Tickets are $20. To purchase and for more information, visit www.HungerAndThirstTheatre.com

This dazzling world premiere welcomes you into Jaja’s bustling hair braiding salon in Harlem where every day, a lively and eclectic group of West African immigrant hair braiders are creating masterpieces on the heads of neighborhood women. www.manhattantheaterclub.com

Axis Theatre Company presents the return of Washington Square, a contemporary take on Henry James’s novel. Adapted and directed by Axis Theatre’s founder and Artistic Director Randy Sharp, the production features original music by Paul Carbonara, a cast of four, and is performed in the heart of Greenwich Village, a few blocks from the story’s 19th-century setting. Previews for Washington Square begin on October 5 at Axis Theatre (1 Sheridan Square, Manhattan), with an opening set for October 8, for a limited run through October 29, 2022.

The cast for Washington Square includes George Demas as The Doctor, Britt Genelin as Catherine, Jon McCormick as Morris Townsend, and Dee Pelletier (Broadway: The Minutes) as Penniman. Tickets are on sale now at www.axiscompany.org.

The 1/52 Project, launched in January, is primarily funded by designers with shows running on Broadway who are encouraged to donate one week every year of their weekly royalties to this fund, thus the 1/52 Project.  The project hopes to encourage early career designers from historically excluded groups with the aim of diversifying and strengthening the Broadway design community.

The Hermitage Artist Retreat (Andy Sandberg, Artistic Director and CEO) announced today that accomplished playwright and screenwriter Madeleine George, currently a writer on the hit Hulu series “Only Murders in the Building,” has been newly selected as the 2021 recipient of the Hermitage Major Theater Award (HMTA). This national jury-selected prize, established by the Hermitage last year with generous support from the Kutya Major Foundation, offers one of the largest non-profit theater commissions in the country. George will receive a cash prize of $35,000, as well as a residency at the Hermitage (Sarasota County, Florida) and a developmental workshop in a major arts capital such as New York, Chicago, or London in the fall of 2023. Madeleine George’s plays include Hurricane Diane (Obie Award), The (curious case of the) Watson Intelligence (Pulitzer Prize finalist; Outer Critics Circle John Gassner Award), Seven Homeless Mammoths Wander New England (Susan Smith Blackburn finalist), Precious Little, and The Zero Hour (Jane Chambers Award, Lambda Literary Award finalist).  Honors include a Whiting Award, the Princess Grace Award, and a Lilly Award.  www.HermitageArtistRetreat.org

ALI, a new musical celebrating the life and legacy of the heavyweight boxing champion and humanitarian Muhammad Ali is being developed for Broadway. The news was announced today by lead producer Richard Willis. ALI will be directed and written by Clint Dyer (Deputy Artistic Director of the National Theatre, Olivier Award-nominated Get Up, Stand Up! The Bob Marley Musical, Death of England/Death of England: Delroy), with music by Teddy Abrams (youngest Musical Director to lead a major American Orchestra, Musical America’s Conductor of the Year Award for 2022).

ALI will be produced by Richard Willis, Brook T. Smith and TheTribecaWorkshop in collaboration with ABG Entertainment in partnership with Lonnie Ali. In telling Muhammad Ali’s story, ALI will utilize the musical theatre medium to explore the life of the man who overcame tremendous odds to become the G.O.A.T and who used his platform to become one of the most influential and inclusive civil rights leaders the world may ever know.