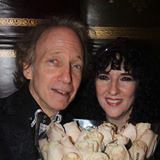 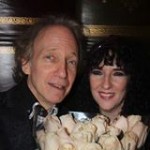 TheaterPizzazz is happy to announce that theater and cabaret’s lovable duo, Barbara and Scott Siegel will be writing ‘The Siegel Column’ right here. Expect to read about shows and performances in a more unconventional sense with an eye focused on the context of larger issues and observations.

In case you don’t know about the Siegels, well, here’s some insight:

Barbara & Scott Siegel are the authors of 48 published books (novels and non-fiction), including The Encyclopedia of Hollywood (First and Second Editions, Facts on File), American Film Comedy (Macmillan), and more than a half dozen celebrity biographies including books on Jack Nicholson, Richard Chamberlain, Winona Ryder and Jim Carrey. They have written for seventeen major publishers from Bantam Books to St. Martin’s Press.

In addition, Barbara & Scott have been critics and/or columnists for nearly twenty years covering film, theater and cabaret. They have written for Theatermania.com, TalkinBroadway.com, Drama-Logue, Back Stage, Show Business Weekly, and InTheater Magazine. They have also reviewed theater extensively on the radio, including WNEW FM in NYC. They have interviewed Barbra Streisand, Tom Hanks, Mel Brooks, Woody Allen, Al Pacino, Jodie Foster, among many others.

Barbara & Scott are both members of the Outer Critics Circle and the Drama Desk; Barbara has served on the Executive Boards of both these organizations.

Scott is the creator/writer/host of the acclaimed Broadway by the Year series at The Town Hall in New York City, which just recently concluded its fourteenth season. For Town Hall, he was also the creator/writer/host of The Summer Broadway Festival and the Broadway/Cabaret Festival. In addition, also at Town Hall, he created The Siegel Season, a special trio of shows that consisted of the hit annual concert, Broadway Unplugged, The Nightlife Awards, and The Best of Jim Caruso’s Cast Party.

On the club scene, Scott is the creator/producer of a hit, long-running musical revue called 11 O’Clock Numbers at 11 O’Clock that had an eight month run at Feinstein’s at the Loew’s Regency Hotel in New York City and had two sold out performances at Birdland. He is also creator/producer/host of the long running Broadway Ballyhoo, now in its third year, running first at Feinstein’s at the Regency, then the Laurie Beechman Theater, and it is now currently ensconced at 54 Below. Scott also created and produced critically acclaimed nightclub acts for Carole J. Bufford, Maxine Linehan, and is about to launch an act for the first time for Jillian Louis.