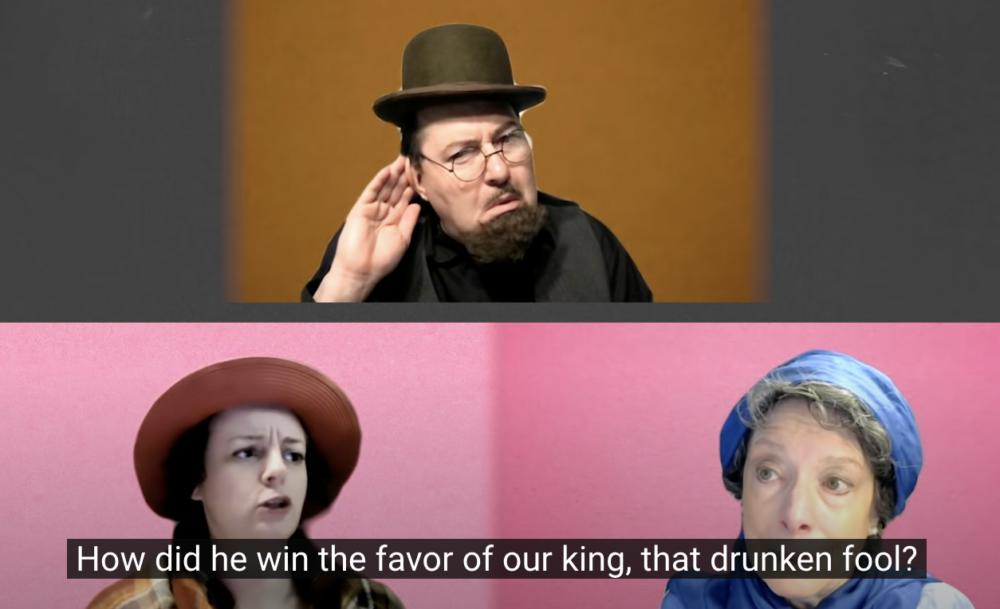 Purim is the one day of the year when Jews are given the go-ahead to drink, feast, gamble, gambol and gobble, allowed to don costumes, go to wild parties and make a hideously earsplitting din on a noisemaker called a grogger anytime anyone mentions of the accursed name of Haman, hereinafter referred to as that no-name no-goodnick. Er zoll nor geyn in drerd! When the Old Testament Story of Esther is read out loud during the fest of Purim, children are encouraged to drown any mention of you-know-who under an ungodly din. The only permitted mention of that unholy name is as the front half of a word that refers to a Purim delicacy which is quickly smashed to smithereens by busy baby teeth

Who was that no-name no-goodnick and what was his evil plan? He was the Royal Vizier to King Ahasuerus aka Xerxes I of Persia, and spread enough fake news about Jews to convince his drunken liege to kill all the Jews in his kingdom on a single day. Fortunately, those evil efforts were foiled by a dynamic duo of beauty and brains. The beauty was Esther, the 600 BC Miss Persia contest winner. First prize? Marriage to a drunken King who like Henry VIII done in his then Queen Vashti for ignoring his wishes. Esther had a secret. She was a closeted Jewess with two sets of dishes, pots, silver etc. Esther’s brainy partner was her wheeler-dealer Uncle Mordkhe who set a different plan in motion which resulted in the execution of that no-name etc. instead.

In 1936 the enfant terrible of Yiddish literature, Itzik Manger, who was also frequently drunk, completed an updated, modernized version of the story of Esther, written from the POV of an impoverished Eastern European Jewish tailor. It attracted the attention of Pesarch’ke Burstyn, the patriarch of a renowned Yiddish Musical Comedy clan. He added a musical score by Dov Seltzer and The Megillah of Itzik Manger  became the first Yiddish production staged in Israel. It was a hit and eventually moved to Broadway.

On your screen, the curtain rises on a Hebrew torah scroll, background for a beguiling Michael Burstyn .Whatta charmer. After a merry marching tune composed by Uri Schreter, Burstyn prepares us for what lies ahead, first in English and then in the clearest Yiddish I’ve ever encountered with equally clearly translated English titles that can be easily read.

Of heroes and villains, of sorrows and glory

It’s called the Megillah, this story of old

But in Itzik Manger’s Megillah

When the tailors of his village tell it

It’s told as it ought to be told.

There will be King Ahasuerus with his red wine-pickled nose

There’s Mordecai, the wise one, the wheeler and the dealer

And there’s the ripe fruit of Judah. What man wouldn’t die just to peer at her?

And then there is Haman, unspeakable Haman, so mean and so sneaky and gruff

That no matter how deep he lies buried, it will never be deep enough.

As is his singular wont, Shane Baker, has once again assembled a star-studded international cast. Miami’s Avi Hoffman, a Drama Desk nominee for his Yiddish Willie Loman, is the villain, poo, poo, feh.

The production is so cleverly staged that you are never aware that the performers are in different cities. God bless Zoom in all its incarnations. Each actor’s face is surrounded by a frame. Each one’s mouth recites his/her thoughts while his/her face expresses his/her feelings. If you ever spoke any Yiddish, the clarity with which every actor performs, will bring that language right back to you.

Michael Burstyn, star of the original Israeli production, has adapted Manger’s poems as a 70-minute dramatization. He’s one of the production’s three spiritual fathers. His charm and talent add greatly to the evening’s fun! The other two dads are Uri Schreter who had a major hand in editing and technical supervision and composed the original music and Shane Baker’s whose love of Yiddish magically demonstrates over and over what a carload of talent, creativity and imagination and a little bit of money can initiate.

One last note. Kansas City native, Shane Baker, who was born and raised as a Christian, is probably the best Yiddish-speaking Non-Jewish scholar … make that Jewish-speaking scholar in America. I am perpetually convinced that he was raised in the Berditchev Ghetto. I am waiting for Henry Lewis Gates, Jr. to delve into Baker’s forbearers in Finding Your Roots. Just last week I was astounded to learn that Henry Lewis and CBS’s Anchorwoman Norah O’Donnell have a common ancestor. I am waiting for Gates to discover the same pattern in Shane Baker’s DNA as the Manishtrisher Rov or the Bal Shem Tov display. Don’t scoff. Just wait. Time will tell.

Founded in 1948, the Congress of Jewish Culture is a secular organization based in New York City dedicated to its longstanding commitment to enriching Yiddish culture worldwide. Executive Director Shane Baker is serving as producer for this undertaking in association with Mariella Productions, the League for Yiddish and Toronto Workmen’s Circle.

This Megillah of Itzik Manger is forever available at CongressForJewishCulture.org. Nibble on some Hamantaschen and enjoy, enjoy, enjoy. 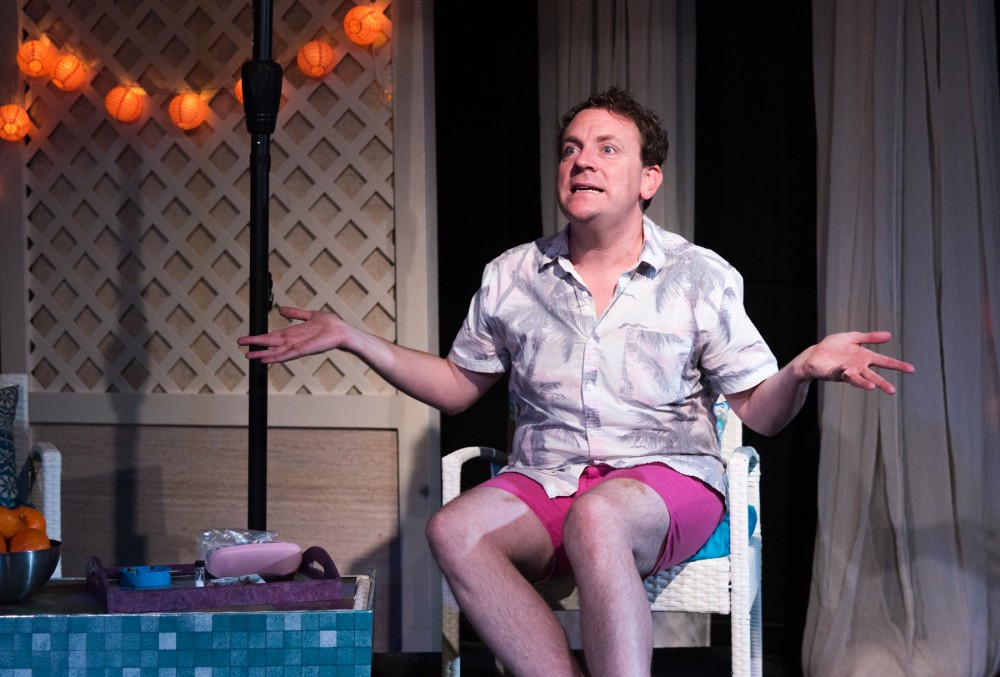 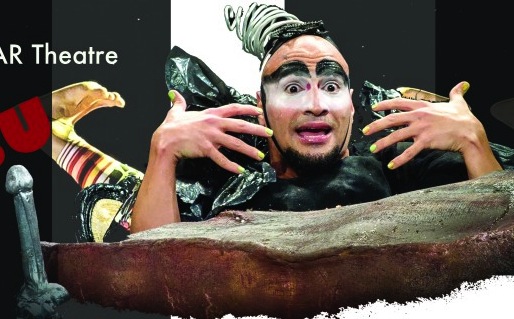 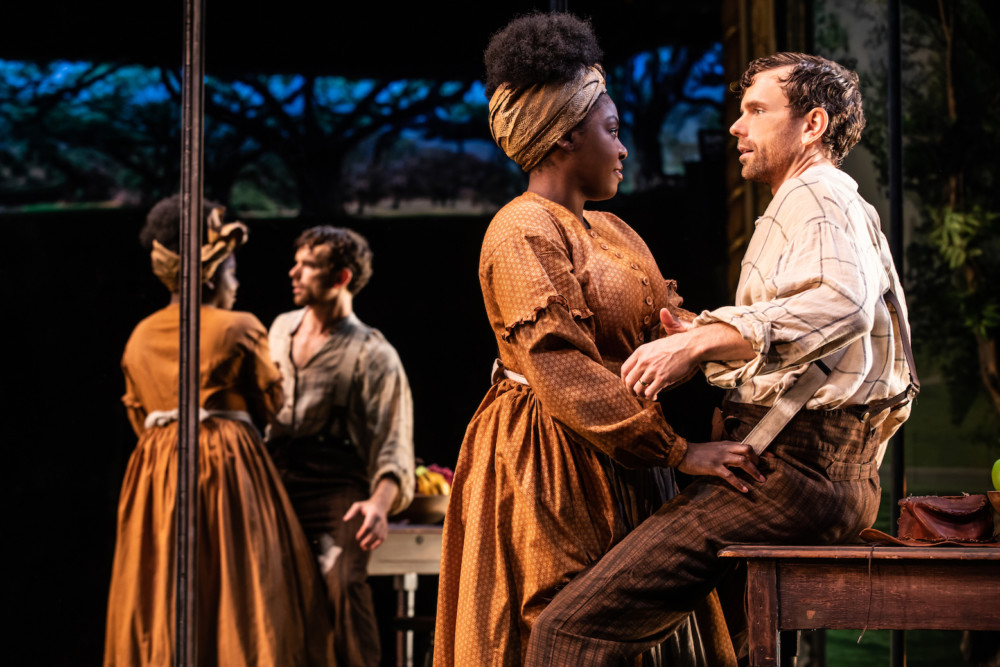 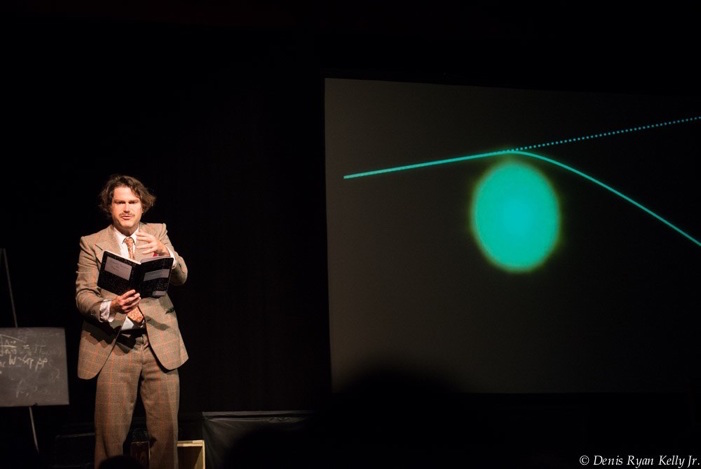