Want to see a gorgeous master class in acting?  One of the richest treats of on-line theatre-viewing this pandemic year awaits you on the Manhattan Theatre Club website, where Three Days of Rain is being revived on Zoom with its original cast 1998 cast.

Richard Greenberg’s heart-rending tale of two families and their intertwined lives offer six roles that are any actor’s dream to play.  Our good fortune is to watch veteran actors Patricia Clarkson, John Slattery, and Bradley Whitford up-close on our screens in those roles – the very same ones they performed at MTC in 1997-98, earning the award-winning production a nomination for the Pulitzer Prize in drama.  The roles fit like well-worn gloves, and these skilled actors slide into them with such ease, finesse, sensitivity and subtlety that it’s breathtaking to watch.

The structure of Three Days of Rain calls to mind Harold Pinter’s Betrayal, another taut drama about a tortured trio that begins in the present and move backwards in time, revealing the source of their troubled entanglement.

In Act One of Three Days of Rain, Walker (John Slattery) and his sister Nan (Patricia Clarkson) meet in Walker’s apartment to settle their father’s estate.  Walker is a troubled man who felt unloved by his father, the famous New York architect Ned Janeway, and desperately wants to inherit the house his father built with his partner Theo Wexler.  But with the arrival of Wexler’s son Pip, their childhood friend, comes the shocking revelation that Walker’s father has left the house to Pip, not to Walker.  A key discovery is Ned’s journal, which promises to reveal all – but in Ibsenesque style, Walker burns the notebook, so we’re left in the dark as to Ned’s motivation.

Ah, but then there’s Act II, where all is revealed, in Pinteresque style.  To our renewed surprise, the scene takes place more than thirty years in the past, and the three actors now play the parts of Walter and Nan’s parents Ned and Lina (not yet married), and Theo, Ned’s partner.  There the truth is revealed – about who really designed the house in the first place and, therefore, who is the rightful owner.  More is revealed about the source of  Walker’s instability (his mother Lina suffered from mental illness) and the love triangle between these three characters from the 1960s that defined the next generation.

I know it sounds complicated – and it is.  But the meta-theatrical treat of watching these skilled actors in dual roles is a powerful payoff.  John Slattery gives a deftly understated performance as the wounded Walker in Act One and his own father Ned in Act II.  Walker remembers his father as withholding and remote, but the revelation of meeting the shy, stuttering, brilliant Ned tells another story.  Patricia Clarkson is Walker’s loving, nurturing sister Nan in Act I – and then plays quite a contrasting role in Act II as her mother Lina, a Southern-born belle whose vulnerability foreshadows Walker’s own. Bradley Whitford is the most flamboyant of the trio, playing the affable TV actor Pip in Act I, and his flashy, fame-seeking father Theo in Act II.

Don’t fret if you haven’t followed the plot line above – Evan Yionoulis’s skilled directing makes it all very clear.  You’ll feel as if you’re back in the theatre again, I promise.  So, watch this gem of a riveting revival – for the clever role-doubling, the stunning acting, the richly drawn characters, and the compassion that Greenberg shows for how we live and complicate our lives. 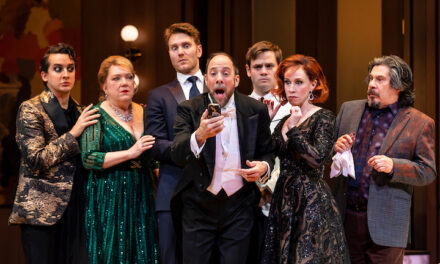 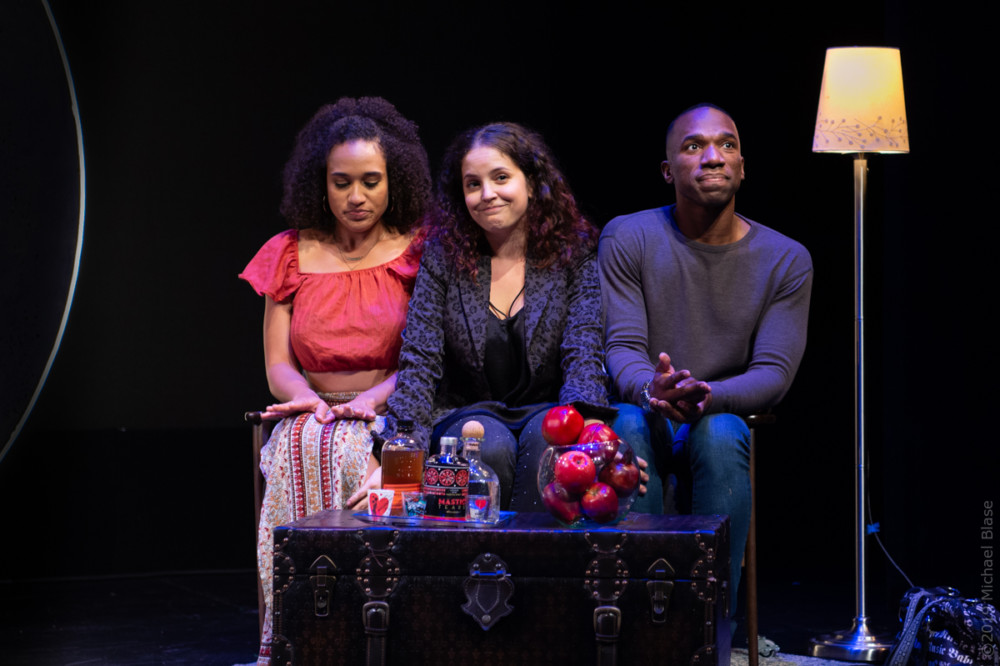 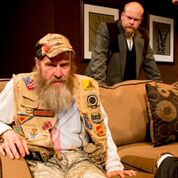