Tim Federle’s Better Nate Than Ever 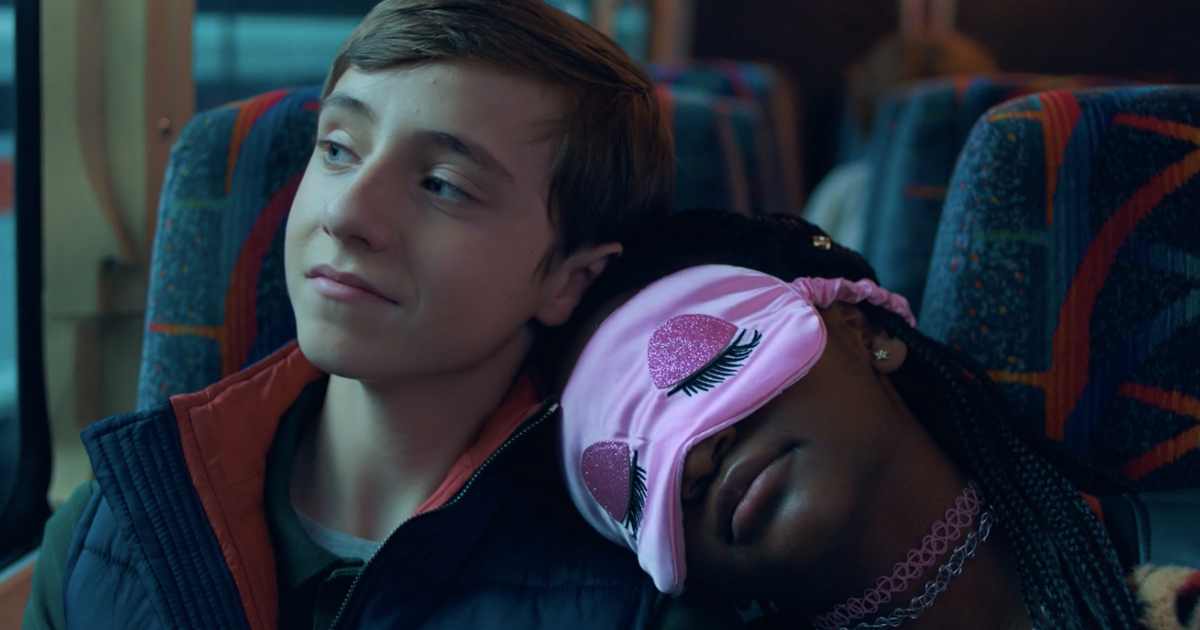 A SHINY BEACON OF LIGHT FOR (INNER) THEATRE KIDS EVERYWHERE

“I need to get to Manhattan. It’s a matter of life, death and dreams.”

They say the neon lights are bright on Broadway, but that may just be a dream deferred for 13-year-old Nate Foster, the titular character of Tim Federle’s dazzling new Disney+ film, Better Nate than Ever, which premiered on the platform April 1st and is now available to stream indefinitely. The movie, based on Federle’s popular young adult series of the same name, follows the seventh grade Pittsburgher, who despite his theatrical obsession and a dream of a future on the Great Bright Way, is consistently dissuaded from pursuing his passion by others in his small town, his school, and most prominently, his family (“My dad thinks Broadway is a four-letter word,” he grumbles, dejectedly, at one point in the film).

But that all changes when his bestie Libby Renée, who shares in Nate’s obsession but shies away from the spotlight and struggles to find her own happiness, discovers that Broadway producers have adapted beloved 2002 animated film Lilo & Stitch into a musical, with auditions to be held in New York. Armed with a lucky rabbit’s foot, the two travel cross-country Ferris Bueller-style to find and chase their dreams. Along the way, they unexpectedly bump into Nate’s estranged Aunt Heidi, herself a once-famed Broadway actress currently crippled with her own self-doubt, and together, the three learn to mend wounds, follow dreams, cast aside doubt, and ultimately, find their purpose.

This is a movie tailor-made for theater kids; it’s as glitzy and glamorous as Nate’s shimmering phone case – and if you were, or are, a natural-born theater kid, that’s exactly what you’d want it to be. For one, our trusty protagonist is a theater kid in the fullest sense of the word; he unashamedly says out loud what every other theater kid is thinking. The posters that adorn his bedroom walls, the unmatched ability to casually slip a theater reference into conversation (or unabashedly correct anyone who might confuse their theater terms) and, of course, his inevitable spiraling when passed over for the school musical lead, are all relatable to anyone who grew up with a flair for the dramatic. His infatuation is infectious, enough to kickstart us all into pursuing our own passions with similar fervor.

From the in-jokes, spanning Fiddler on the Roof and Guys and Dolls to Avenue Q and Stephen Joshua Sondheim (Norbert Leo Butz’s semi-swipe at Wicked is also particularly hilarious!) to the Easter Eggs – Did anyone catch the apartment intercom buttons outside Heidi’s apartment, highlighting prolific playwrights and notable industry names? Or how the makeshift Port Authority Terminal was actually the exterior of Times Square’s Marriot Marquis hotel? – to the treasure trove of cameos, from Eddie Cooper and Mandy Gonzalez to Carla Duren and Priscilla Lopez to Mary-Mitchell Campbell and even “On Broadway” crooner George Benson himself – it’s filled to the brim with theatrical sights, sounds and stars, capped off with flashy fantasy sequences and a score fit for a full-fledged Broadway musical.

The film accentuates the anxieties from the point of view of a young person; as a result, some may consider the stakes of the story arc to not be high enough – the biggest challenges in Nate’s eyes being peer pressure and hitting the high notes, or terrified he won’t live up to his special skills – but that’s what the stakes would be for someone at that age: issues that are certainly not the end of the world in the long run, but mean everything to a teen in the moment – especially one as self-driven as Nate.

Who among us doesn’t relate to peer pressure? What anxious auditionee can’t relate to feeling like they’re not as prepared or not as talented as the kid on line in front of them? Who hasn’t felt like they don’t belong at times? And who among us hasn’t been bullied out of following their passion – even by their own family members?

It’s brilliantly constructed, exclusive enough to the theater dorks so that they’ll finally feel recognized, but simultaneously inclusive of everyone else through its larger themes that it’s impossible for the not-as-theatrically-passionate to not be moved or even, at some points, shed a tear.

The cast, led expertly by newcomer Rueby Wood, Aria Brooks and Joshua Bassett, is near-flawless, showcasing every actor’s individual strength and star qualities. We obsess with Nate as he indulges in his fantasy, our hearts break for Libby as we watch her struggle to find her forte, and we sympathize with Anthony, burdened by his own athletic pressures to keep up the “jock” act, but ultimately, a softy who’s always looking out for his younger brother.

Finally, bridging the age gap between audiences, as well as the “theatre freaks” and those less theatrically inclined, the film brilliantly utilizes Lisa Kudrow (whose famously ostracized Phoebe Buffay was theatrical in her own right) as the pivotal Aunt Heidi who – using the quirky comedic chops the over-20s know from Friends – not only helps to set Nate off on his journey to theatrical success with her words, but who’s equally inspired by her nephew’s unabashed boldness enough to dismiss the doubt in her situation and push toward pursuing her own theatrical dreams.

It’s all supplemented by original music, scored courtesy of Gabriel Mann, promoting the film’s themes of friendship, dreams and cultivating a sense of belonging, while helping to highlight the grandiosity and musicality of Nate’s infatuation.

But what really drives it all home is its message. Repurposing an age-old theatrical phrase into a mind-shifting metaphor, Aunt Heidi encourages Nate to “find his light.” While she does mean that literally, of course — “How are they going to remember you if they can’t see you?” she inquires, point-blank — she’s also, in a way, suggesting “find your people. Find what you love. Find what makes you shine.”

“If you feel like you have to change to fit in, what you probably need to change is the people around you,” creator Federle tells ABC News. “So, go where the yeses are. When you get a couple of dorks together, you’re no longer dorks. You’re a club. [And] when you find your people — when you find your club — you really find yourself.” To some, it’s a very sappy Glee-esque message; for others, it’s exactly what they need to hear.

Furthermore, while the shifting of the central musical from an adaptation of ET to an adaptation of Lilo & Stitch was necessary to stay within the Disney brand, while simultaneously remaining family-friendly, it also allows them to more naturally emphasize the animated film’s iconic “Ohana means family” theme – lingering amidst Nate’s New York foibles and emerging in full force at the time he needs it most.

And finally, while we assume Nate made it into the show and enjoyed all sorts of superstardom, save for a post-credits scene in which Stitch is unmasked to reveal the titular character, the final outcome is not a crucial part of the movie. Which is to say, it’s about the journey, not the destination.

As the movie — literally chronicling Nate and Libby’s journey, step by step, moment by moment, event by event – reminds us, our paths are not linear. Life is filled with twists and turns… victories and rejections… missteps and maturation… sunshine and storms. One moment you’re wowing the casting director and leveling up at an audition, the next busking in the streets ‘cause you’re unable to afford a phone charger, the next living your best West Side Story life out on an apartment balcony. You may take an eternity to muster up the courage to share your true feelings for someone, and you may get shot down the second it comes out of your mouth. It has its ups, its downs, its villains, its heroes, but it’s life. Even the outcome, however satisfying and celebratory it may be, may not be what you ultimately thought it would be. But it’s all about your attitude in getting there.

Simply put, Better Nate than Ever is the perfect film for everyone’s inner theater kid… whether you acknowledge it’s within you or not. And while not everyone can, or is expected to, arrive at that “aha moment” immediately – “everything has its season, everything has its time,” as Heidi pulls from Nate’s favorite musical, Pippin – the film leaves us with the hope to know that, whenever we’re ready, there’s a corner of the sky waiting just for us. And when we’re ready to grab it – with innate passion and enthusiasm, natch – we too, just like Nate, will be “headed to the big time.”

Better Nate Than Ever, written and directed by Tim Federle and produced by Walt Disney Pictures, is now available to stream on Disney+. To stream or find more information, visit https://www.disneyplus.com/movies/better-nate-than-ever/2uLbiScwRFC2.