Sarah is the driving force behind her freelance photography career. Going into battle grounds, shooting close-ups of war-torn victims, she provides evidence of their lives. Emerging on the stage with blood on her face and a sort of broken leg, she details the complications of her travels. James, played by John Long, and Sarah, played by Nancy Nagrant, find solace in their small apartment.

The black and white images on the wall, like postcards – of gates, a tank, old men, and distraught children – create a scenic backdrop, full of memory. Horror and trauma are contained in the images. James must continue his work as a writer, hoping to land the next magazine feature or book deal.

Visited by friends, they map the road forward. Empathetic performances are provided by the savvy Ross DeGraw as Richard, and the succinct Assol Abdullina as Mandy, who looks stellar in a fashionable outfit. Richard knows Sarah from ICP, and Mandy, Richard’s new younger girlfriend, works in Event Coordination at MoMa. In the Second Act (of this Tony Award-nominated play by Donald Margulies), James and Sarah return to their apartment, after having tied the knot. Mandy walks in, a few months pregnant. While there are still photo assignments for Sarah whose leg has healed, there are complications for James, who is tending to his profession, while hoping to have his own child. Career goals are weighed against family demands. The blank, despondent John Long sinks far away in the vapid world of television, wishing for an average life and having a child of his own. Sharp-witted Sarah moves further into her reverie about the people she has left behind.

Comfort exists in the dangerous moments in the distance that she is still re-living. In the field of documenting images, there are so many roads to travel. The most important one is the one closest to the heart’s intent. In the end, Sarah will return to Darfur, striving toward her photojournalistic goals, and James will drift, after spending time with Mandy and Richard, who helped to provide the next big entertainment story in an elite publication. New Light Theater Project holds true to the standards of the Little Theater Movement with this revival of Time Stands Still. The truth in each moment in this complicated story reaches heights, soaring just above the life of an average New Yorker. In the listening, the characters find strength.

The show is running through Saturday, February 24. 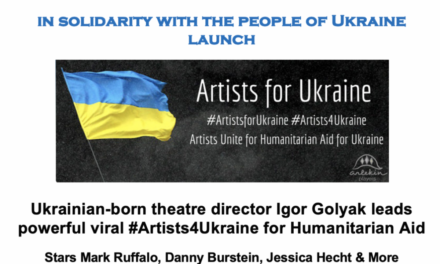 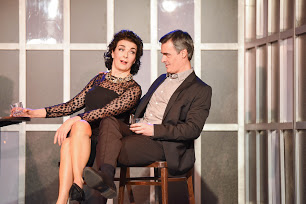 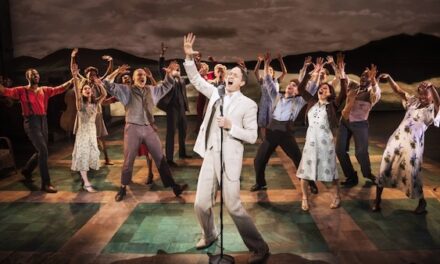