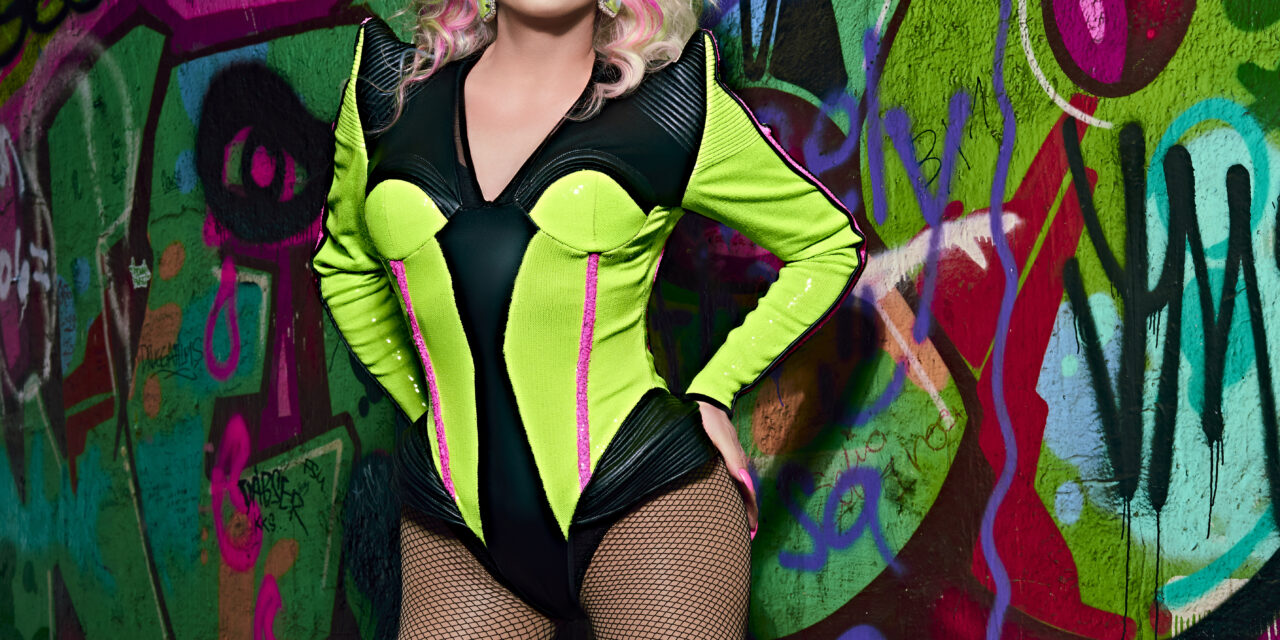 The fabulous Tina Burner returned to New York City as part of her national tour celebrating the release of her new recording, “Mix Queen: A Relationship Mixtape,” with an appearance at the Q Nightclub. The “RuPaul’s Drag Race” queen with a strong musical theater background, offered up a brassy, boisterous show that was a series of medleys (“mix tapes”), each built around a specific theme such as religion, cool cats or “let me be arrogant” (yes, that’s the name). Offered up as a combination of live vocals and lip-singing, the energy level was off the charts.

Of course, entering the Q is an experience in itself. The relatively new three-floored bar/disco/theater complex blends elements of a dive bar, tenement building and top fight technologies. Enter the wrong door from the street and you may wind up in a straightforward bar with a leather-vested, bare-chested bartender with copious tattoos, who is far more welcoming than at first glance, happy to share directions to the top level theater space. Climbing two very steep flights of stairs, a 6’3” drag queen in high heels welcomes the out-of-breath attendees and guides them to their seats: wooden folding chairs with slightly uncertain tables. The audience tends toward quite young and the waitstaff are pleasant and attractive. Gender divisions are non-existent.

The small and high stage couldn’t contain Turner, who constantly launched herself into the audience, especially during the lip-synching segments when she was freed from the microphone and could really strut herself, acknowledging her fans and friends, flirting, accepting dollar tips floating down from the balcony, and generally having just as much fun as the audience. One of the highlights of the diva’s performance was her sheer joy in sharing her persona with those who gathered to see her. She happily bantered with them between musical numbers, throwing out wisecracks like a modern day Eve Arden whilst pulling off a series of fabulous costume changes— literally “pulling off,” as each successive outfit is below the current visible one, creating an evening-long striptease.

It was not an evening of subtle emotions, but a riotous atmosphere with a large helping of political commentary on the side. With the overriding personality that is Tina Burner, it was an unqualified success.