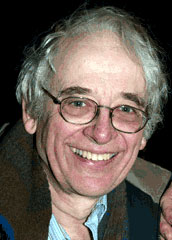 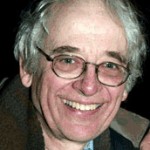 A Tribute to Austin Pendleton is planned on Monday, January 13, 2014, 7 p.m. at The Players Club
(16 Gramercy Park South) by Oberon Theatre Ensemble, the company’s Annual Benefit entitled “Toast, Boast or Roast.”
Artists scheduled to appear include Ethan Hawke, Olympia Dukakis, Becky and Dylan Baker, Peter Bogdanovich, Louis Zorich, and Jonathan Lynn, along with playwrights Michael Weller and Christopher Stetson Boal. Additionally, the evening will feature video tributes to Mr. Pendleton by Denis O’Hare, Ken Leung, Jessica Hecht and more. Other special guests to be announced . . .
Austin Pendleton has worked in American film, television and theatre since the late 1960’s. As an actor, he has been seen on Broadway in THE DIARY OF ANNE FRANK and GRAND HOTEL. He appeared in the first New York productions of OH DAD, POOR DAD…, FIDDLER ON THE ROOF, HAIL SCRAWDYKE (Derwent Award), THE LAST SWEET DAYS OF ISAAC (Obie Award), THE SORROWS OF FREDERICK, DOUBLES, THE IMPOSTER, THE LOOP AND SOPHISTRY, and in the title roles of Off-Broadway productions of HAMLET, RICHARD III, UNCLE VANYA, KEATS and JEREMY RUDGE. He is a playwright (ORSON’S SHADOW, BOOTH and UNCLE BOB), director (SPOILS OF WAR, THE RUNNER STUMBLES and THE LITTLE FOXES with Elizabeth Taylor for which he received a Tony nomination), teacher (HB Studio), and member of Chicago’s Steppenwolf Ensemble. His film credits include WHAT’S UP DOC?, TRIAL AND ERROR, THE ASSOCIATE, THE MIRROR HAS TWO FACES, MR. AND MRS. BRIDGE, THE PROPRIETOR, GUARDING TESS, THE FIFTEEN MINUTE HAMLET, CATCH-22, and AMISTAD. TV credits include FIRED-UP, FRASIER, TRACEY TAKES ON and THE WEST WING.
The Oberon Theatre Ensemble (OTE) is a New York-based, not-for-profit theatre committed to cultivating and invigorating a diverse theatre community by confronting contemporary issues through classic, original, and contemporary works. Last season, Oberon Theatre Ensemble presented – to critical praise and sold out houses – the New York premiere of THE DRAWER BOY, which was subsequently transferred to a commercial Off-Broadway run of the play at Soho Playhouse.
To purchase tickets for the “TOAST, BOAST, OR ROAST” benefit and for more information on Oberon Theatre Ensemble please call (646) 258-5731 and visit www.oberontheatre.org.