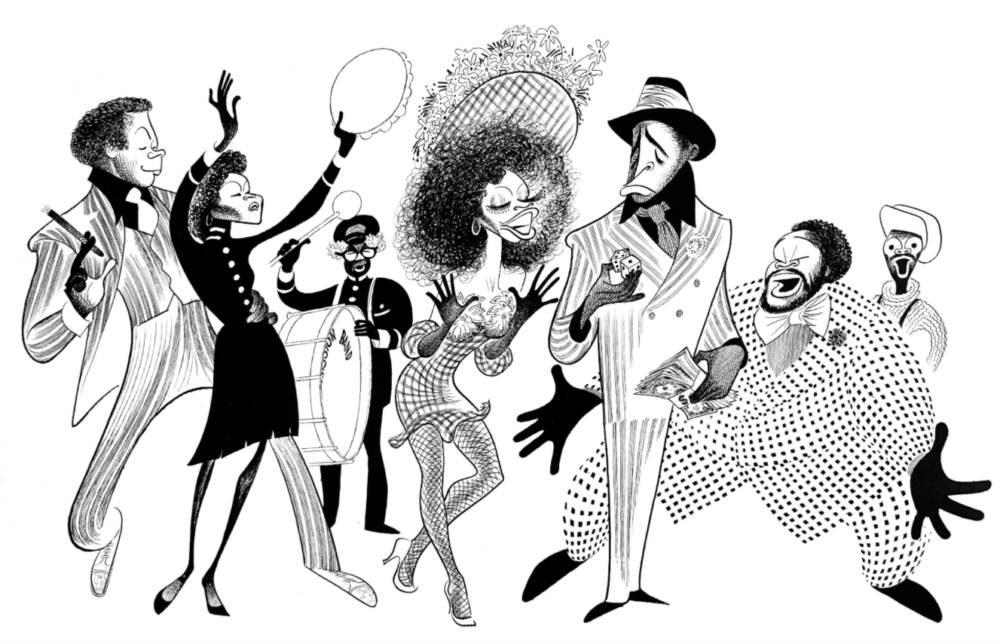 *Broadway shows expected to remain closed through at least Jan. 3, according to sources familiar with the matter. The Broadway League is expected to make an announcement about the new date this week. The League had previously announced a shutdown of all Broadway shows through Sept. 4, but had not said that shows would necessarily resume at that time. Asked for comment, Broadway League President Charlotte St. Martin said there is still “no official return date” for Broadway shows. The new date will now put into question the opening date of the high profile “The Music Man,” which was set to begin previews in September and open on Oct. 15. It also throws a wrinkle into the plans of several non-profit theaters which had rescheduled spring shows for the fall. Those non-profit productions include Roundabout Theatre Company’s “Caroline or Change” and “Birthday Candles,” as well as Lincoln Center Theater‘s “Flying Over Sunset

*NYC is in Phase 2 of reopening, and some Off-Off Broadway companies that operate in 99-seat or smaller theatres are prepping to do hybrid performances, which will be presented in front of limited in-person audiences and also streamed online. Food for Thought Productions … is the first company to announce an in-person event: a staged reading of short plays about memory loss starring Tony nominee Bob Dishy and Louise Lasser.

*Kelli O’Hara, Brian Stokes Mitchell & More Set for A Capitol Fourth Concert- PBS’ 40th annual A Capitol Fourth concert will not take place on the West Lawn of the U.S. Capitol this year due to the COVID-19 pandemic, that doesn’t mean Broadway talents will not be singing to salute the stars and stripes. … The evening will feature performances from Kelli O’Hara, Brian Stokes Mitchell, Mandy Gonzalez, Renée Fleming, The Temptations and more

*Lin-Manuel Miranda Confirms New Disney Animated Movie Set In Colombia “…collaborating with the Zootopia guys and Jared Bush, who wrote Moana with me. It’s set in Colombia, in Latin America and that’s all I can say.” 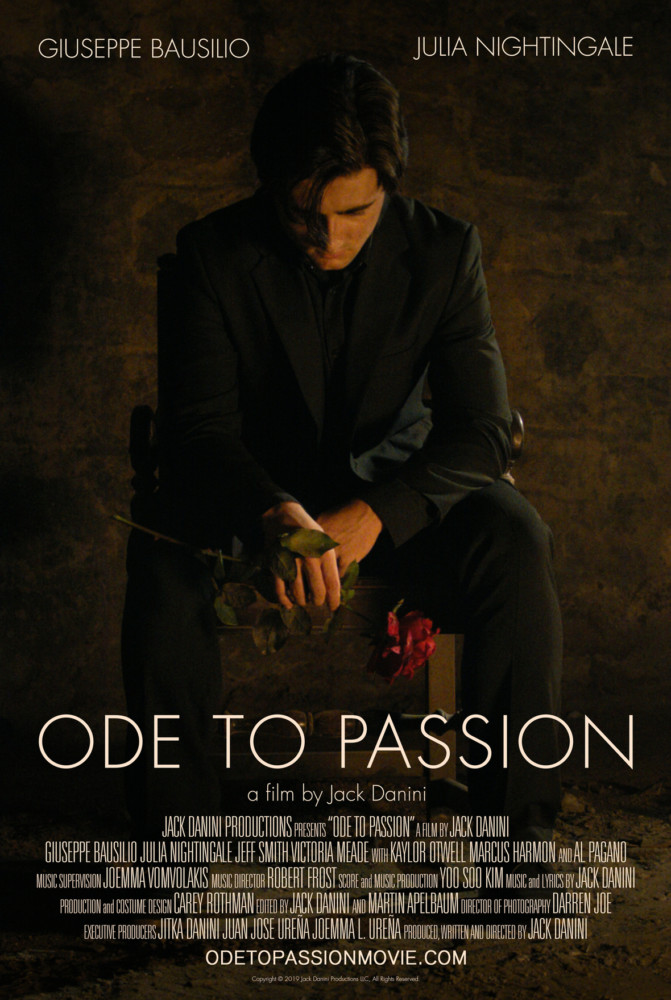 *Longtime New York commercial and short film director Jack Danini has finished his first feature film, an energetic, broadly appealing, Broadway-inspired musical called ODE TO PASSION. Initially set to make its world premiere at the cancelled Queens World Film Festival in March, the film will debut on Amazon Prime Video Friday, July 10, 2020 with other platforms to follow later in the summer. The soundtrack is currently available for pre-order on iTunes and available on all platforms (Spotify, Amazon, Google, and more) on July 3. Producer/writer/director/composer Danini has taken a daring and unique approach: Ode to Passion tells its story of young love entirely in song and verse. With everything from retro rock-styled ballads to modern-day pop hits, the music propels the narrative forward. With eighteen songs composed specifically for the film, Ode to Passion proves it’s possible to harness the entertainment and power of big musicals at the micro-budget level.

ODE TO PASSION’S cast is led by Broadway powerhouses Giuseppe Bausilio (known from Billy Elliot, Cats, Hamilton) and Julia Nightingale (from the Tony® Award-winning production, The Ferryman). In New York City, a young writer’s, Michael (Bausilio), resolute belief in true love is put to the test by a beautiful woman, Sarah (Nightingale), and her struggle with addiction. Other principal cast includes theatre stalwart Jeff Smith; Victoria Meade (THE AERIALIST, MISTY BUTTON); actor, writer, singer Marcus Harmon (EDIN); singer and model Kaylor Otwell (Kaylor & The Tin Cans) and Al Pagano (A GUIDE TO YOU, THE GRIND) Award-winning cinematographer Darren Joe (MENASHE, THE SUBJECT) guides the audience through the grit and glamour of the streets of New York (with parts shot in Queens), while Yoo Soo Kim (former Hemmingbirds front man, To the Lions, Kwaczala) contributed an elegant, original score and the music production for all the songs in the film. https://odetopassionmovie.com/

*The Seth Concert Series gives theatre fans worldwide a chance to enjoy a completely LIVE virtual performance from a favorite star – and this week’s audiences are in for a treat. The legendary Lea Salonga, Tony Award-winning original star of Miss Saigon and singing voice of Princess Jasmine and Mulan, will join beloved musical director and SiriusXM star Seth Rudetsky to share favorite career stories and songs. It’s the perfect way for Broadway buffs to spend their Sunday, airing at a special time! LIVE on Sunday, June 28th at 9 AM ET Rebroadcast: Sunday, June 28th at 8 PM ET  Tickets: $25 each at https://events.broadwayworld.com/ 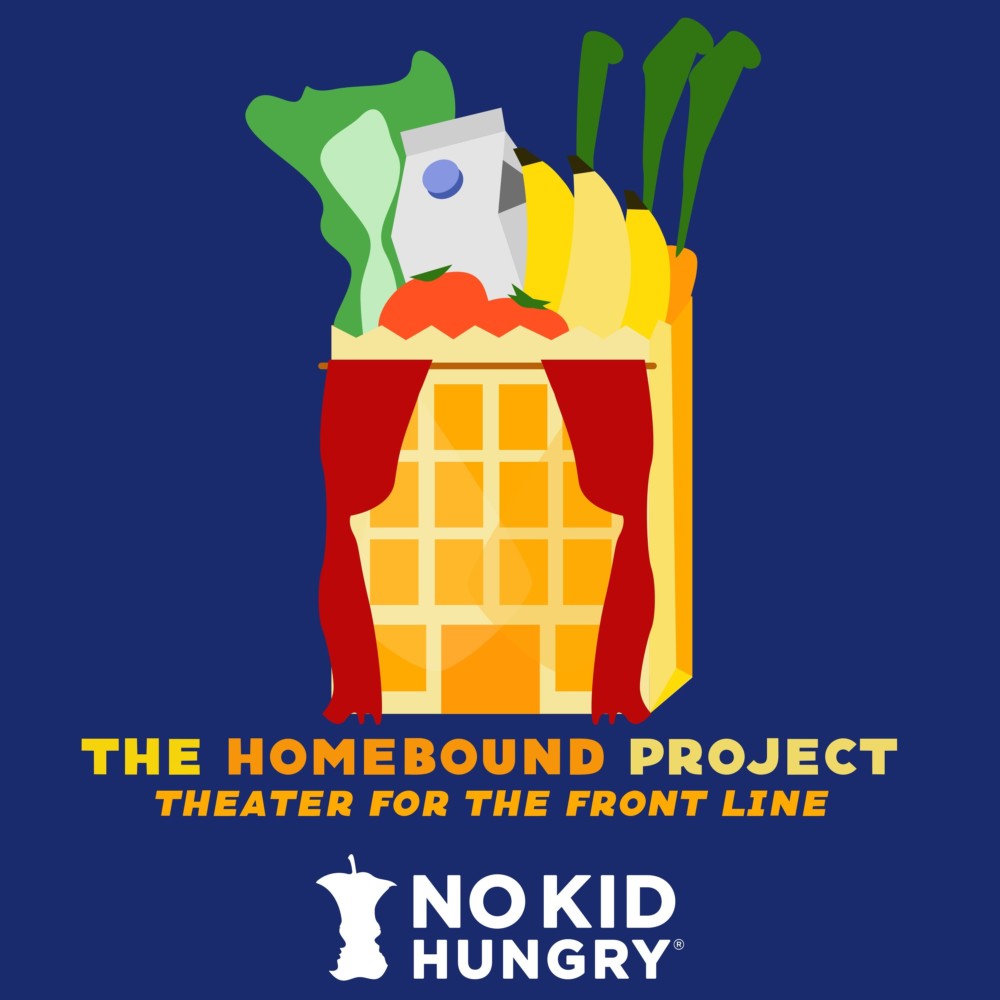 *The Homebound Project is pleased to announce that it will return on June 24–28 with its Third Edition performance. Tony Winner Daveed Diggs and playwright C.A. Johnson join the previously announced team of 12 actors and 11 playwrights in this independent theater initiative benefiting hungry children affected by the coronavirus pandemic. To date, the online project has raised over $73,000 for No Kid Hungry, a national campaign working to end childhood hunger. The all-volunteer team behind The Homebound Project is also pleased to announce that its fourth edition will now take place July 15–19, 2020. The playwrights in the third edition of The Homebound Project have been given the prompt of “champions.” A complete list of participating actors, playwrights, and directors include:

Ralph Brown in a work by Donnetta Lavinia Grays, directed by Jenna Worsham;

Jennifer Carpenter and Thomas Sadoski in a work by John Guare, directed by Jerry Zaks;

Daveed Diggs in a work by C.A. Johnson;

Joshua Leonard in a work by Mara Nelson-Greenberg, directed by Jenna Worsham;

Eve Lindley in a work by Daniel Talbott, directed by Kevin Laibson;

Will Pullen in a work by Samuel D. Hunter, directed by Jenna Worsham;

Phillipa Soo in a work by Clare Barron, directed by Steven Pasquale; and
Blair Underwood in a work by Korde Arrington Tuttle.

*The third edition of The Homebound Project will stream online beginning at 7pm on Wednesday, June 24 until 7pm on Sunday, June 28. View-at-home tickets are currently on sale at homeboundtheater.org and begin at a donation level of $10. Complimentary viewings for first responders and essential workers have been made possible by an anonymous donor. Each collection is available to stream over a strictly limited 4-day period.

*Pulitzer Prize-winning playwright Paula Vogel will open the virtual play reading series she has created and curated – Bard at the Gate — with Kermit Frazier’s play KERNEL OF SANITY, to be webstreamed on Thursday, June 25 at 7 p.m. on YouTube.  The 90-minute play will be introduced by Ms. Vogel and Mr. Frazier, and will be followed by a live discussion with Ms. Vogel, Mr. Frazier and director Gregg Daniel. It has been announced that Matthew Hancock (THE BROTHERS SIZE, WESTWORLD), Abigail Breslin (LITTLE MISS SUNSHINE, THE MIRACLE WORKER) and Josh Hamilton (PROOF, COAST OF UTOPIA, MANCHESTER BY THE SEA) will perform the play, along with Miatta Lebile, under the direction of Gregg Daniel (Lower Depth Theater Ensemble).  Emily Lehrer is stage manager.