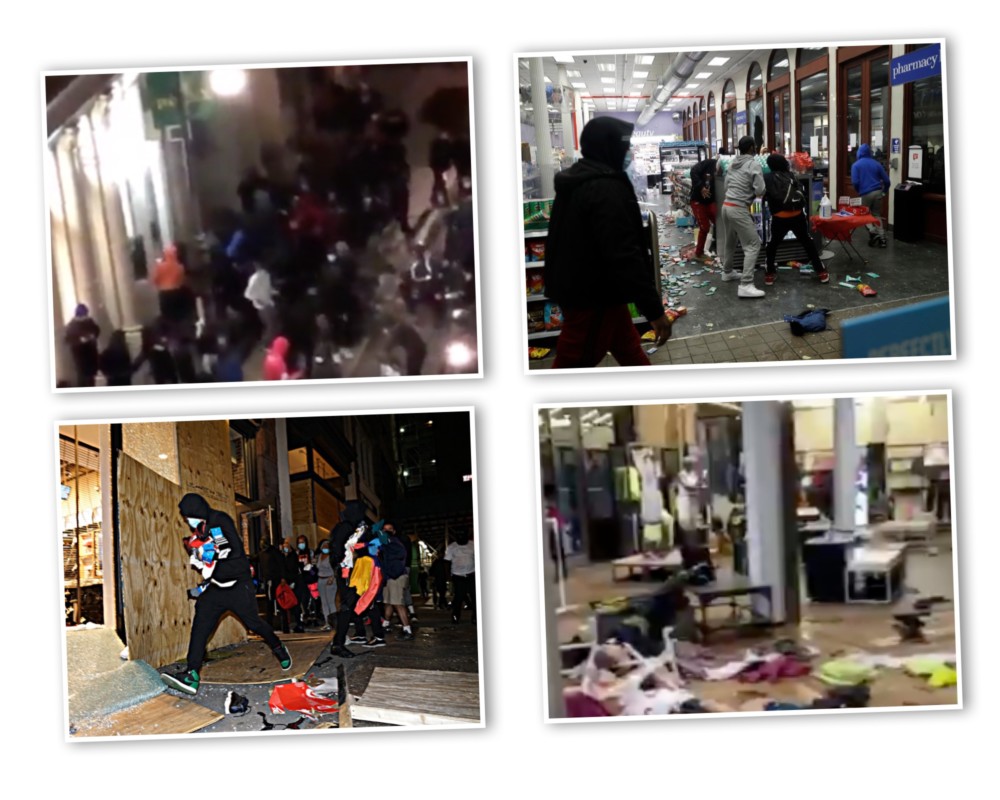 NYC: “NYC Officially Under Curfew; Second Set for Tuesday Night, de Blasio Says” by NY1 – “… de Blasio said a curfew would be in place for the city the following day as well, from 8 p.m. Tuesday to 5 a.m. Wednesday.” http://bway.ly/0f363f

*Publisher note: How sad to begin Today’s Theatre Talk with this ugly truth! Last night, downtown and midtown Manhattan were ripped apart by looters starting fires, breaking into stores and stealing (Microsoft, Sephora, Macy’s, a Pharmacy, to name a few). The curfew was for 11 pm. But nothing was done to enforce it nor protect the citizens of NYC. Photos of the anarchy are everywhere. What will be done tonight to prevent this?

POSTPONED:
— “New 42 Virtual Benefit Gala Postponed” by Broadway.com‘s Lindsey Sullivan – “… Laura Benanti and Celia Keenan-Bolger had been set to host the evening, which aimed to raise funds for the organization’s performing arts engagement and education, on June ” http://bway.ly/ylimgl

A statement from the Apollo Theater, Jonelle Procope, President & CEO; Kamilah Forbes, Executive Producer:
“The Apollo Theater stands in solidarity with our artists, our neighbors, and our global community and will observe Black Out Tuesday and #TheShowMustBePaused.

We have rescheduled our benefit Let’s Stay (in) Together from June 2 to June 4. This is only a pause, because the movement for racial justice doesn’t stop. Neither do we.

As a commissioner, presenter, and cultural convener, the Apollo remains committed to our mission of supporting Black art and culture, creating spaces for artists to express themselves freely, and advocating for the safety, dignity and justice for Black people worldwide. We hope that after the pause you will join us on June 4 to take a stand for the culture. Sustain Black institutions and support organizations that unapologetically use their platforms to further social justice.”

Let’s Stay (In) Together: A Benefit to Support the Apollo Theater, on Thursday, June 4 at 7:30p.m. EST, please click apollotheater.org/rsvp/.

SOUTH KOREA: “How ‘Phantom of the Opera’ Survived the Pandemic” by The New York Times’ Jennifer Schuessler and Su-Hyun Lee – “[The Phantom of the Opera in Seoul, South Korea] has remained open not through social-distancing measures … but an approach grounded in strict hygiene. … Before entering the theater, audience members are sprayed with a light mist of disinfectant. Thermal sensors take each person’s temperature, and everyone fills out a questionnaire about symptoms and recent places they’ve visited … There are hand-sanitizing stations throughout, and ubiquitous signs and announcements reminding everyone that masks must be worn at all times. And in contrast to movie theaters, where alternating rows or seats are left empty, no seats are blocked off (though the first row was removed).” http://bway.ly/ou8xnr

FIRST IN THE BRIEFING: Flexitoon, in association with Aaron Grant Theatrical, will present a free livestream of A Quarantoon on June 3 at 12:30 PM on the Aaron Grant Theatrical website to benefit the MusiCares COVID-19 Relief Fund. The puppet show is created by Craig Marin and Olga Felgemacher, creators of Flexitoon.

CORONAVIRUS: “Broadway Actor Nick Cordero Stable, Undergoing Steroid Treatment, Says Wife Amanda Kloots” by Deadline’s Bruce Haring – “Nick Cordero is receiving steroid treatments to reduce inflammation in his body, the Broadway actor’s wife Amanda Kloots reports on Instagram. “We’re at a point where we’ve sort of done everything that we possibly can and now we’re just waiting to see if things progress in a way that is good,” Kloots said Sunday in an Instagram Story video.” http://bway.ly/6jw36l

OPERA: “The Metropolitan Opera Cancels All Fall Performances” by The New York Times’ Michael Cooper – “The Metropolitan Opera said on Monday that the coronavirus pandemic would force the company to cancel its fall season, thrusting the Met into one of the gravest crises in its 137-year history and leaving many of its artists, who have not been paid since March, in dire financial straits.” http://bway.ly/j1skhn

IN MEMORIAM: “John McCormack Dies From COVID-19: Veteran Off-Broadway Artistic Director, Mentor Was 61” by Deadline’s Greg Evans – “John McCormack, a longtime behind-the-scenes force in Off Broadway theater, died Monday … from complications related to COVID-19. … During a nearly 40-year career, McCormack was an influential player in New York theater, working in producing, artistic director and executive positions at such companies as Ensemble Studio Theatre, Naked Angels, the Zipper Theater, his own company All Seasons Theater, and, since 2006, INTAR.” http://bway.ly/dmvjiu