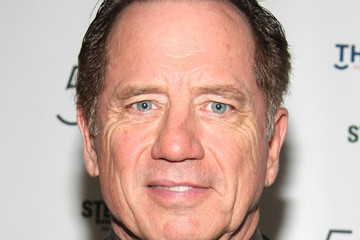 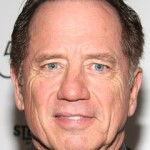 Swings: yes. The Rat Pack: not so much – but, it absolutely doesn’t matter. Tom Wopat is a seasoned, reliable and consummate entertainer and singer. He can call his show whatever he pleases, since the result is going to be totally gratifying. Without much dialog to attach the material to the Rat Pack, there was, at least, a nod to Mr. Rat Pack himself, Frank Sinatra. Wopat has had a multi-faceted career (TV, film, stage, concerts, clubs); this outing at the Iridium was a well-constructed and well-paced musical buffet of tunes drawing from many areas of his life and experience.

Fresh off a plane from Nashville, it took Wopat a song or two to relax into this evening of versatile delights. His rich and easy baritone filled the room from jazz to blues to rock to Broadway to country. All good. Even without a theme or through-line, Wopat’s charm and professionalism make for a highly entertaining evening. The material was arranged by sought-after Music Director and piano man, Tedd Firth, who got to exhibit his piano virtuosity on the first encore number, “The Last Night of the Year“ (Gladstone, Whelan).

Backed by a solid rhythm and horn sextet (whom he thanked profusely throughout the evening, and with good reason), the band delivered the goods, matching Wopat’s style and moods note for note. In addition to Firth, Peter Grant, (drums), David Finck (bass), Bob Malach (tenor sax), Mike Davis (trombone), and Barry Danielian (trumpet and flugelhorn) proved to be sidemen with impressive résumés of their own.

Opening with a jazzy “Too Darn Hot” (Cole Porter, Kiss Me Kate) Wopat moved to “Devil May Care” (Bob Dorough) to a Latin-infused “Call Me Irresponsible” (Van Heusen, Cahn) to Annie Ross’ vocalese parody “Twisted.” In this number, satirizing psychoanalysis, Wopat demonstrated a proclivity for humor and irony. His patter, salted throughout the set, included such lines as “if you like what you hear, I’m Tom Wopat; if you don’t, I’m John Schneider.” Wopat thus revealed a geniality and gracious ease with his audience, setting a warm and fuzzy feel-good tone. His playfulness was also displayed in Dave Frishberg’s sardonic “You’d Rather Have the Blues” with Wopat admitting an admiration of sorts for Frishberg’s sometimes eccentric views on life.

Like Rat-Pack “Chairman,” Sinatra, Wopat has the rare ability to inhabit a song. Also like Sinatra, he’s an actor, which, no doubt, helps in interpreting lyrics. But training isn’t everything, and the two men share an ability to be completely authentic when delivering a tune. Especially heartfelt were “I Fall In Love Too Easily” (Styne, Cahn), “But Not For Me” (the Gershwins), and from The Pajama Game, “A New Town Is a Blue Town” (book by George Abbott and Richard Bissell with music and lyrics by Richard Adler and Jerry Ross) – which morphed seamlessly into West Side Story’s “Jet Song” (Bernstein, Sondheim with book by Arthur Laurents).

The second encore, the finale number, was an all-out big-sound jazz version of “Summer in the City” (John Sebastian, Mark Sebastian, Steve Boone), The Lovin’ Spoonful pop chart hit from 1966. “I love doing this.” Wopat declared earlier in the show. The joy comes across, and the sentiment is soundly appreciated and seconded by an audience (which included the great Marilyn Maye) eager for more. In fact, many of those in the house planned to remain for the late set, knowing the repertoire would be completely different. This reviewer didn’t stay, yet going out the door, some lines from McClinton began to echo devilishly: “once you are gone, you’re gonna wish you had stayed.”